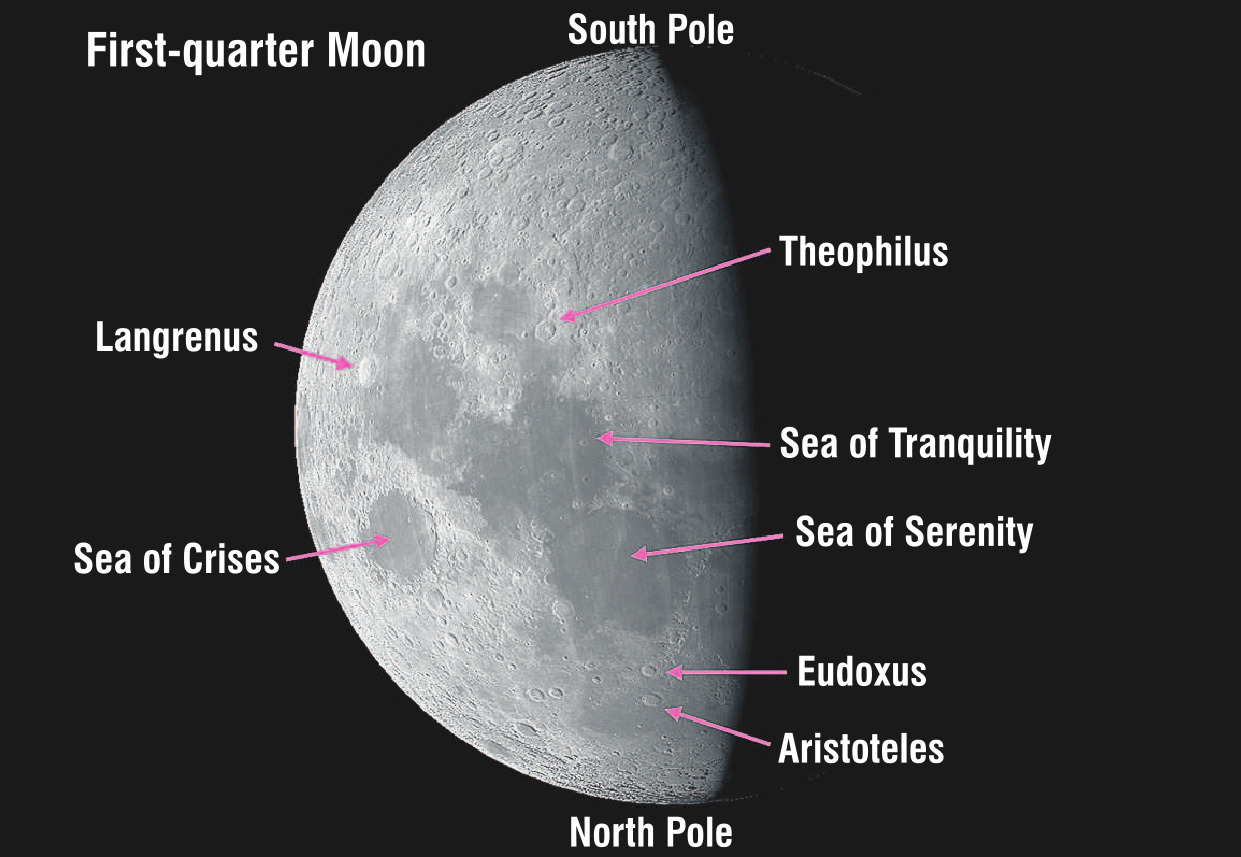 PHOTO: IAN GRIFFIN
The moon reached first quarter at 2.23am today. At sunset, it will be high in the northern sky. Our closest celestial neighbour’s 59% illuminated disc will be perfectly positioned for observation.

If you haven’t looked at the moon for a while, why not take some time to study it over the next few nights. With the naked eye, the moon is fascinating. It is easy to pick out dark patches that early astronomers thought to be seas, but we now know to be vast ancient lava plains.

Try to spot the circular Sea of Crises near the bright limb of the moon. This region is more than 500km in diameter and was formed more than four billion years ago during a more geologically active period in lunar history.

Astronomers call the line dividing the moon’s light and dark hemisphere the lunar terminator. When the moon is waxing, the terminator marks the line of lunar sunrise. During the period around the moon’s first quarter phase, the sun fully illuminates another lunar sea.

The Sea of Serenity is another circular dark feature that is easy to see even if you don’t have access to a telescope. In December 1972, Apollo 17, the final human-crewed mission to the moon, touched down in Taurus-Littrow, located on the southeastern side of this vast lunar sea.

It still saddens me that it has been nearly 50 years since Eugene Cernan and Harrison Schmidt were the last humans to set foot upon the moon. Hopefully, we will return soon.

While moon-gazing with the naked eye can be enthralling, for me one of the most enjoyable experiences in astronomy is pointing a telescope towards the moon and exploring the lunar terminator.

Watching the sun’s first rays illuminate lunar seas, mountains and craters can be an exhilarating experience.

If it is clear tonight I will undoubtedly be trying to find the craters Eudoxus and Aristoteles. Named after a famed Greek astronomer (Eudoxus) and Philosopher (Aristotle), this prominent pair of craters, formed by ancient impacts are always fascinating to explore.