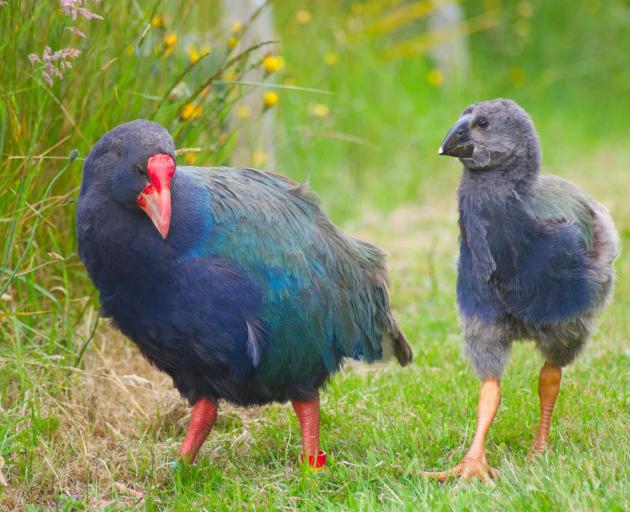 Extinction is forever, and sadly many of our native species have succumb to this fate. Thankfully for the takahe, the world’s largest rail species, Porphyrio hochstetteri, they were rediscovered by dedicated conservationist Dr Geoffrey Orbell on November 20, 1948, in the remote, inhospitable Murchison Mountains on the west side of Lake Te Anau. 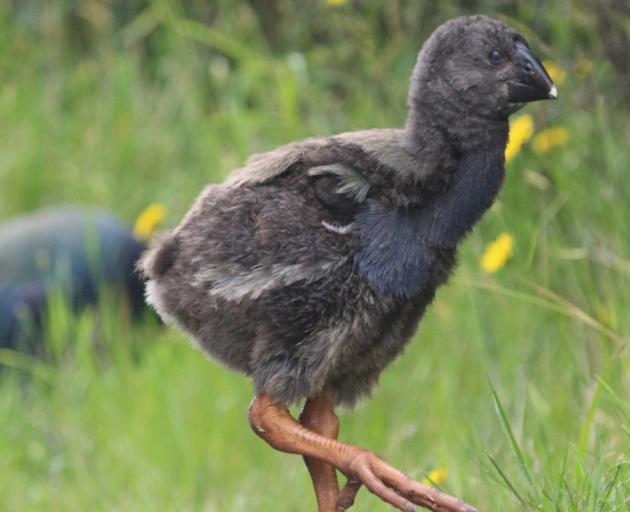 Takahe chicks made healthy weight gains this season.
These large, flightless birds had been declared extinct 50 years before their rediscovery. Ever since then there has been a huge effort to increase the number of breeding pairs of this treasured taonga species, of which Orokonui Ecosanctaury has been a part since 2013.

This year has seen two healthy takahe chicks born and raised at Orokonui which have recently been taken to Te Anau to contribute to the wider New Zealand population of fewer than 500 birds. This marks a great success for Orokonui and the young takahe couple, Waimarie and Bennet. Unsuccessful attempts in previous years demonstrate that rearing chicks to young adults is no easy feat, and requires an amazing amount of dedication from staff, volunteers and the takahe parents. 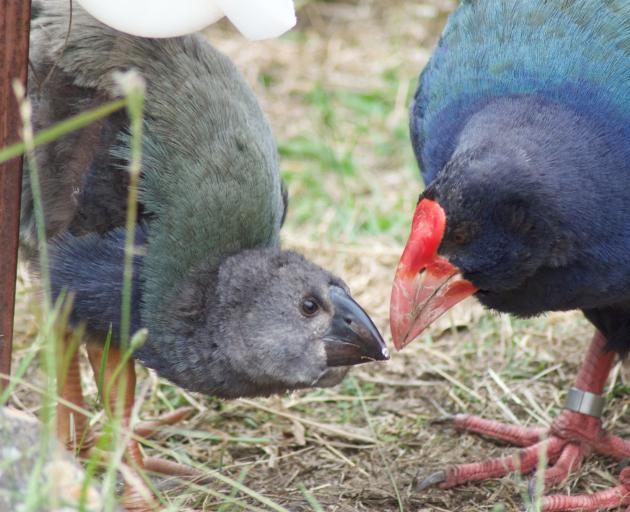 Raring takahe takes an amazing amount of dedication from Orokonui Ecosanctaury staff, volunteers and takahe parents — Waimarie and Bennet. PHOTO: ANNA DUNLOP
Both parents are responsible for incubating the eggs, and last September saw Waimarie and Bennet successfully hatching two healthy, fluffy, black bundles. A relief after their previous season’s offspring had not survived. These young parents did a remarkable job of feeding and rearing the chicks and teaching them valuable foraging and life skills. The takahe chicks have been making healthy weight gains over the season as they have learned to use their growing bills to rip up tussock tillers and chew the juicy base, of which they need a large amount to sustain themselves.

The chicks have also been seen learning to use their massive bills to prize open the lid of their pellet hopper at 11am each day for their supplementary feeding. This has given visitors an opportunity to see the endearing interactions of the family, with the mutual preening and their swimming in the pond. 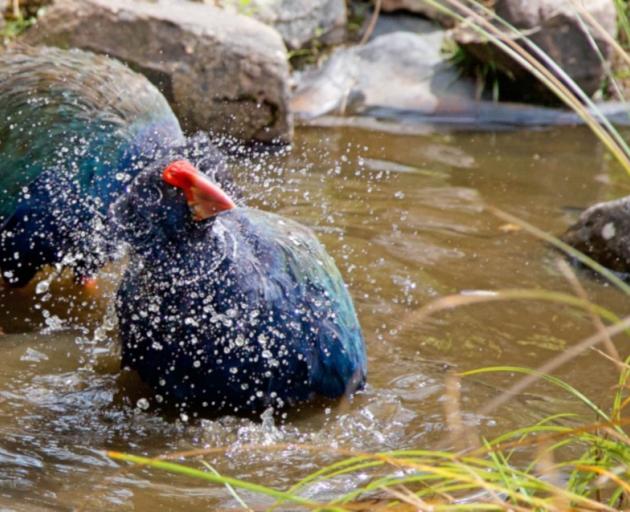 PHOTO: HANNAH LOWE
Their black, downy feathers have given way to a subdued indigo plumage on their heads and breasts and a reddening of their bills, legs and feet. And now, the juveniles have received identifying leg bands from the Orokonui staff, a milestone for the pair. To mark their coming of age, a competition was held for the community to suggest some names for the up and comers. As a result one of the chicks has been named Kapua (meaning cloudy), in honour of the cloud forest of Orokonui, where they were born and raised.

Hopefully, Waimarie and Bennet have a long, successful parenting career as every chick is needed to add to the slowly growing New Zealand population of takahe. 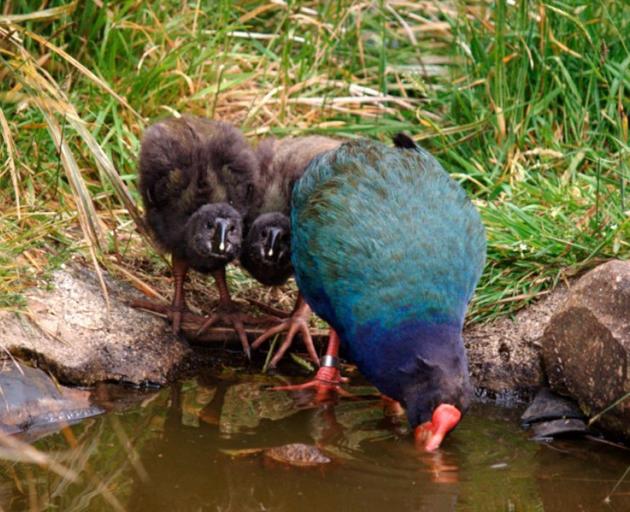 PHOTO: EEVA KUMPULA
Takahe in sanctuaries are known to live for 20 years or more and also have the role of being public ambassadors and creating awareness in the community for the plight of their kind.

Orokonui also provides a safe home for retired takahe Paku and Quammen, 18 and 20 years old respectively, who are now beyond breeding age. They can be encountered near their feeding station by those walking down the Robin Valley track, past the tallest tree in the area close to the lower exit gate.