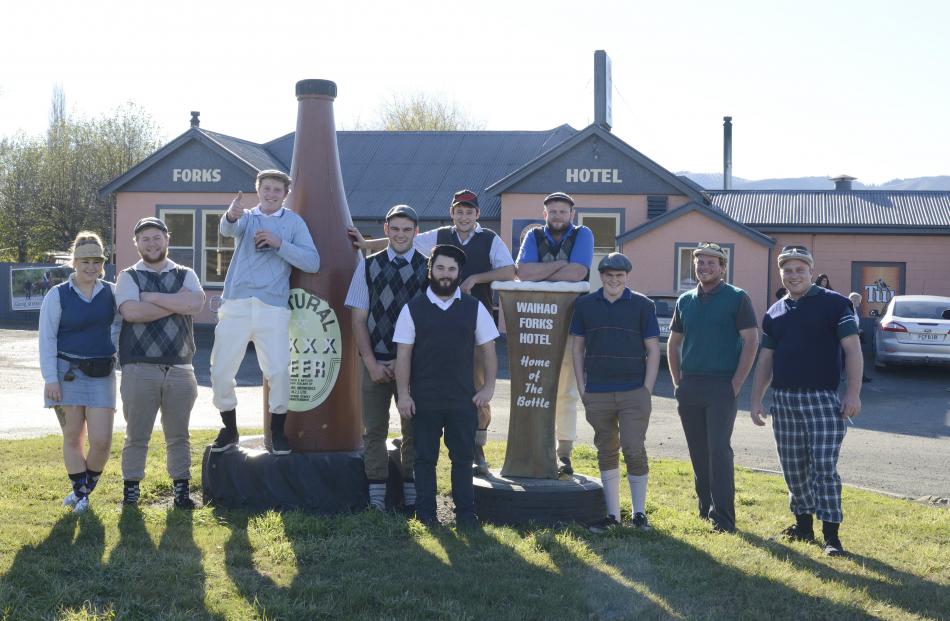 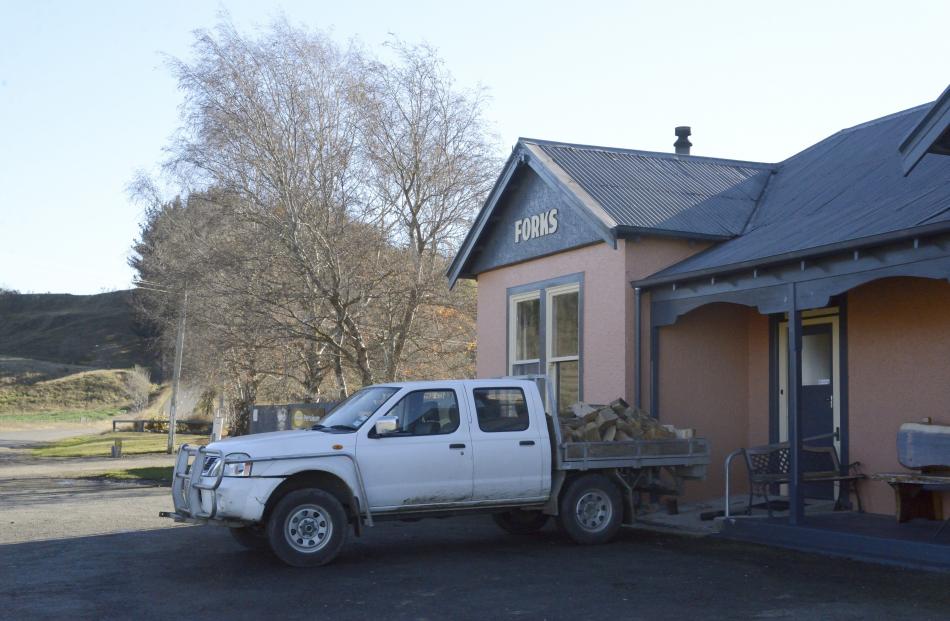 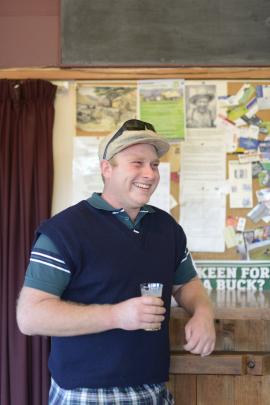 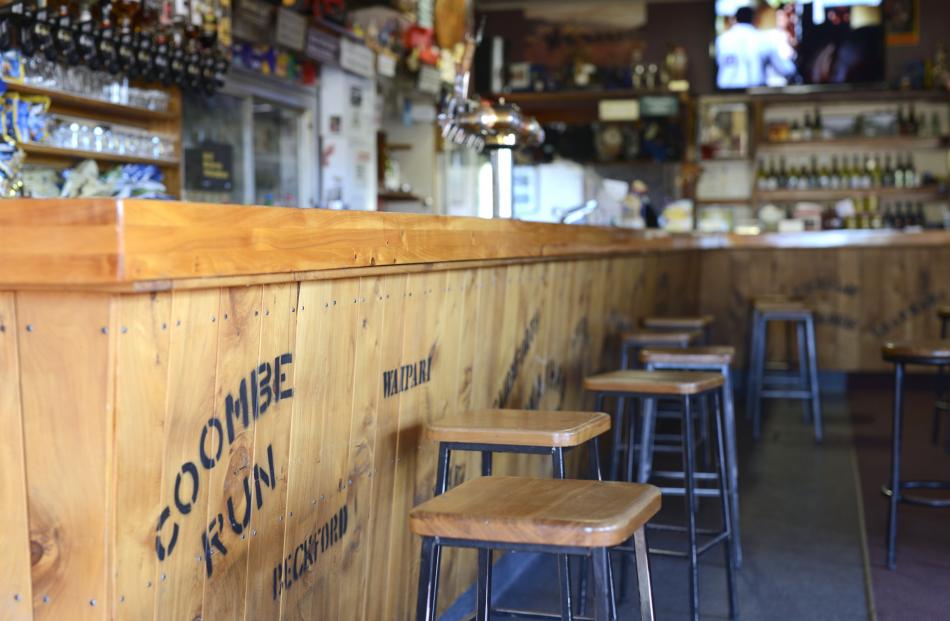 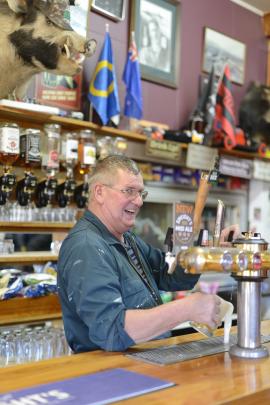 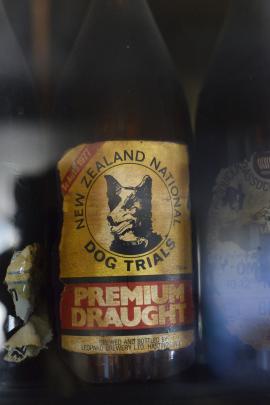 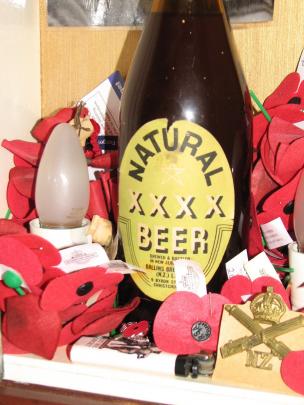 The Great New Zealand Pub Crawl showcases some of the country’s best and least-known pubs, including more than a few in Otago and Southland, authors Ned Bartlett and Jono Corfe paying homage to those who run the establishments, as well as the regulars who transform rooms into communities. Today’s edited extract features the Waihao Forks Hotel.

As he propped up the bar of the Waihao Forks Hotel, Ted's mind would have been focused on the journey he was about to undertake. At his feet lay a satchel and a kit bag all packed for a lengthy trip. At that moment, the whistle of an approaching train cut through the air.

As the Waihao Forks Hotel was situated right next to the railway connecting Waimate with the main trunk line, Ted knew he had time to make his train. So close was the pub to the line that its original owner, Donald Macpherson, had called the hotel The Railway.

He stood up, picked up his bags and headed for the door, leaving an unopened bottle of beer on the bar.

''Your beer, Ted ...'' the publican, George Provan, called after his fleeing customer.

The train that he caught that summer's day in 1939 took Ted d'Auvergne to Burnham Military Camp in Christchurch. At the age of 33, the Waihao local had enlisted to join the 27 (Machine Gun) Battalion and he was headed for war. For two years, Ted served as a driver in the Middle East before being transferred to Greece. In May 1941, during the Battle of Crete, Ted was killed in action while defending Maleme Airport.

True to his word, though, George Provan saved Ted's bottle of Ballins XXXX beer and it still awaits Ted's return to the Waihao Forks Hotel. Each Anzac Day until he left the pub in 1947, Provan would place a poppy next to the bottle. Other publicans have kept up the tradition.

Now stored in a case engraved with Ted's battalion insignia above the bar, the bottle is showing some signs of its 77-plus years. Its cap has almost rusted away and the original label has nearly rotted off. On April 25, after the official Anzac commemorations 10 minutes down the road in Waimate, the Waihao locals make their way back to the pub and drink to the memory of Ted and his fallen comrades.

The story of Ted's bottle has captured imaginations not only around this country but also across the globe. The Forks plays host to a steady stream of visitors keen to pay their respects at this unusual memorial. Tourists often detour inland from Waimate just to check it out.

There's even been an Irish businessman land his helicopter nearby just to pay a visit. And the renowned Scottish comedian Billy Connolly stopped in one day to share the bottle's story - and he doesn't even drink.

One of the things that explain the appeal of Ted's bottle is that it remains right there in the pub for all to see; any temptation to move it to a museum or memorial has rightly been resisted, for George Provan made a promise and his numerous successors have helped him keep it.

While it provides something of a lucrative lifeline for the pub, the place is so much more than the memorial shrine. . It is the perfect example of a true heartland country pub.

The Forks was built in 1913 following a fire that destroyed Donald Macpherson's original tavern from the late 1870s. Then, as now, most of the regulars travelled from local sheep and dairy farms, although the current crop probably has fewer coalminers and railway men among them.

Sheep cockies are drinkers, dairy cockies are eaters, quips current publican Sandy Doolan who, with her husband, Shane, has been running the Forks since 2003.

As well as feeding and watering the local farmers and the seasonal loggers who put up at the hotel, the pub provides catering for several shearing gangs, supplying nourishment for up to six groups per day. They come past in the morning, pick up their chilly bins full of freshly prepared food, then return the dirty dishes to the pub every evening.

Things sure have changed since the days when having the shearers in meant the farmer's wife did double time in the kitchen, whipping up scones for morning tea, a roast with all the trimmings at lunch, and another lot of baking for the afternoon smoko.