Richard Schofield has been "birding" for more than 45 years. His current favourite is the black-fronted dotterel which is naturally uncommon in New Zealand. PHOTO: JOHN COSGROVE
Bird-watchers across the country are taking part in New Zealand’s largest citizen science survey. Maureen Howard finds out how it’s progressing, why it’s important and how you can get involved.

With binoculars at the ready, Balclutha birder Richard Schofield cycles across town to work. He’s on the alert as usual — not just for traffic, but for sights and sounds of wild avians of all sorts. Schofield is a professional photographer of sports teams, reunions and the like. But bird snaps don’t feature in his portfolio. This is "just" a hobby.

It’s a hobby Schofield has taken to a new level. His daily bicycle commute across town is organised to intersect with good birding spots. Each day he methodically rotates his birding destinations to collect records of bird abundance and their whereabouts.

"I’ve got a weekly routine where I go to the same place every week, with the same patterns through the year, from year to year," he says.

On weekends, Schofield ventures further afield. His current favourite birding spot is the rocky coastal outcrop Nugget Point. Back in August when he last visited with binoculars pointed seaward, he saw a trio of Bullers mollymawks, a giant petrel — either northern or southern, streams of shags — spotted and Stewart Island — as well as the usual suspects — red-billed gulls and southern black-backed gulls. 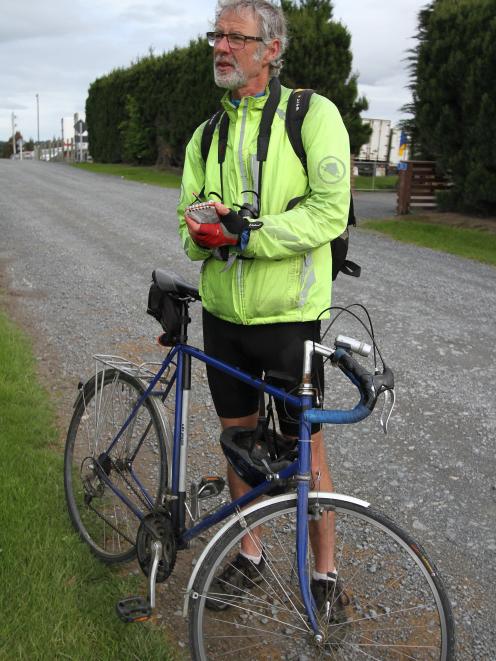 Balclutha birder Richard Schofield’s bike is a valuable addition to his birding gear, allowing him to cover more ground with flexibility, easy parking, and improved ability to hear the birds. PHOTO: JOHN COSGROVE
Balclutha and its surrounds are home to some interesting species says Schofield. Special birds include flocks of squat-legged black-fronted terns wintering on the Clutha River, the declining black-billed gulls, which "usually" nest in the town, bar-tailed godwits — Arctic visitors scattered on the Catlins River estuary — rare mohua flitting in beech tree canopies in the Catlins and the endangered hoiho, recipient of this year’s NZ Bird of the Year, at Roaring Bay.

Schofield has been living in New Zealand since 2001 but birdwatching first gripped him as a 10-year-old boy growing up in St Helens, England. A neighbour bought him a board game created by the UK bird society, the RSPB.

"It was all about birds and that was a big factor, I think, in getting me started," he says.

And the appeal? "I don’t know!" he says, then thinks again and rattles off a list: an excuse to get outdoors, something that can be done wherever you are, a cheap hobby where ‘‘you can spend as much as you want but you don’t need to spend anything at all’’.

Schofield particularly likes that his hobby has "a greater purpose", as he has always collected data about the birds he observes. In the UK that meant posting records off to the county bird clubs and in New Zealand contacting the NZ Ornithological Society (now called Birds New Zealand).

In 2009, he started "dabbling" with eBird, an online citizen science initiative out of the Cornell Lab of Ornithology (CLO) that allows people all over the world to record the presence, distribution and numbers of birds they observe and to enter that data directly online.

"One of the good things about eBird is that I don’t have to be able to read my handwriting months later. Because some of it is very hard to decipher!" Schofield says.

Since 2017, Schofield has been its regional reviewer for Otago. 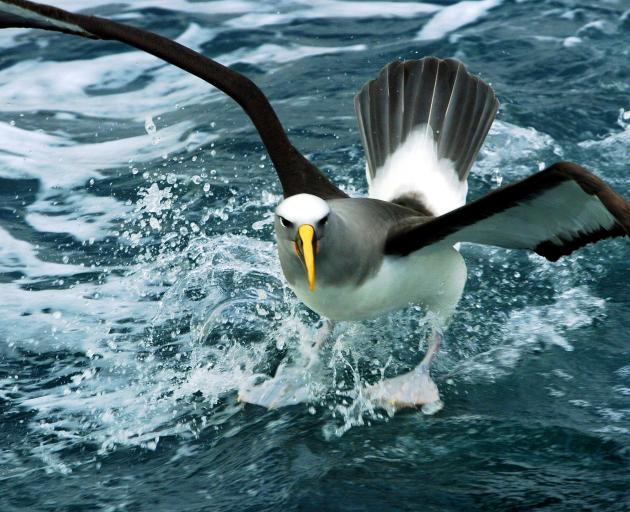 "It was an experiment to see if we could use this newfangled internet to collect sightings of birds," he says.

New Zealand became the first country outside of the Americas to be included when Birds New Zealand approached CLO to see if they could join.

Since 2006, eBird has had an annual growth of about 20% for checklists submitted.

"Now we have 725million observations from around the world," Davies says.

Using eBird, Schofield is a citizen scientist, a volunteer who contributes to science by collecting, assessing or analysing data. His data contributes towards monitoring bird species in New Zealand.

With a global fan base of millions, birds present an obvious way to monitor the health of an ecosystem.

There have been two previous national surveys of birds species in New Zealand, both conducted through citizen science. Co-ordinated by Birds New Zealand, each took five years to conduct, the last completed more than 15 years ago in 2004. In September, researchers from Manaaki Whenua Landcare Research re-analysed data from those two surveys to show that birds vulnerable to predators are retreating to higher colder locations where fewer predators live. They suspect that climate change may exacerbate this situation for birds.

In June, the third New Zealand Bird Atlas project was launched by Birds NZ to record the distribution and population numbers of birds nationally from 2019-2024. Like the two previous surveys, the country has been carved into 3200 grid squares, each 100sq km, with the aim of having a minimum of one bird species checklist from each major habitat type within each quadrant for each season.

Senior ecologist with Wildlife Management International (WMIL), Nikki McArthur is part of a team from the Blenheim-based environmental consultancy group who have been contracted by Bird NZ to assist with the roll-out of the latest Atlas survey. This time around, improvements to technology as well as better modelling techniques will allow the Atlas survey to go much further than previous ones to deliver more detailed information useful to regional bodies, McArthur says.

The data is being collected through eBird, where volunteer bird watchers can record their observations through checklists that record species and numbers of birds in the geographic area they are visiting. There is even a handy smartphone app so that data can be entered directly in the field.

Schofield hasn’t yet made this transition.

"My old mobile phone will not break!" 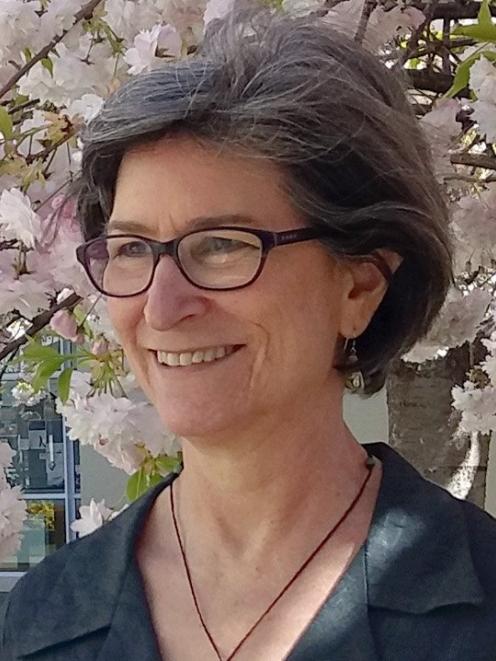 Prof Nancy Longnecker. PHOTO: SUPPLIED
Though, submitting the list later at his computer means he enters supplementary information that he might not take the time to do in the field, he says.

Prof Nancy Longnecker, of the Centre for Science Communication at the University of Otago, researches the phenomenon of citizen science.

The benefits to science are clear, she says.

"The main thing is just the value of being able to get so much more data than they could possibly get as a small research group."

For instance, the dispersed locations of citizen scientists, where they live and like to travel, allows data to be collected from all over the country, where birds live, Longnecker says.

McArthur estimates the Atlas survey is likely to cost $500,000 to run. If that was translated into paid hours it would cost an estimated $7 million, he says.

How much confidence should we have in data that comes from citizen science?

Prof Longnecker defends the quality of research that comes from such projects, some of which contribute to peer-reviewed articles.

"I really don’t like this distinction between experts who are getting paid to do something compared to people who are volunteering their vast expertise," she says.

Study design is important to ensure that contributors are collecting data in ways that are comparable and allow the questions being asked by the study to be answered.

"That’s totally the way that the project is set up, and how much training there is needed, how much checking there is," she says.

In many cases, it will be volunteer citizen scientists who will be doing the checking, she adds.

McArthur has high hopes for what the NZ Bird Atlas can achieve.

‘‘It’s a perfect example of what citizen science should be about. It’s mobilising non-professionals, people who are just really keen on their birds to collect data that can then be used to detect patterns in bird distribution, which can then inform conservation policy and decision-making at national and regional levels."

Moreover, Birds New Zealand has decided to make the data available to agencies free of charge "in order for the data to be as useful as possible and used as widely as possible," McArthur says.

The NZ Bird Atlas project is off to a fantastic start, he says.

The increase is already visible, Davies, of eBird, says.

“In the first month of the Atlas back in June, there was a 300% increase in the number of birds sightings collected through eBird.”

It’s fair to say that Schofield is an exceptional contributor to the Atlas project. He’s completed more than 762 bird checklists in Otago since the Atlas started, that’s an average of three to four checklists per day.

Davies is impressed but not surprised.

"We find that 20% of the people contribute 80% of the data. You have these few people — it drives them. It’s what they love to do."

More birders are needed for the project.

"Anyone can participate if they’ve got a reasonable knowledge of birds and are able to identify most of the birds around them," McArthur says. He recommends people head straight to the NZ Bird Atlas website and read the tutorials available there.

Schofield would love to see the hobby of birding spread as a result of the Atlas project. Back home at his desk, he peruses the checklist entries of other eBirders. Overall, 49% of Otago’s grid squares have already been covered, meaning at least one complete list coming from a grid square per season.

"We’re on the right track, but it would be nice to have more people. We haven’t got many bird people, and most of them are concentrated around Dunedin," he says.

Citizen science, through online portals such as eBird and the NZ Bird Atlas project, is making its mark. eBird data has been used in about 280 peer-reviewed papers so far and also in hundreds of local and regional conservation decisions, student projects and dissertations, Davies says.

"For us at the end of the day, our goal is to have on-the-ground conservation impact," Davies says. "We’re not just out there collecting sightings because it’s fun — it is fun! But there is also this goal of impact for these birds and ecosystems we all care about." 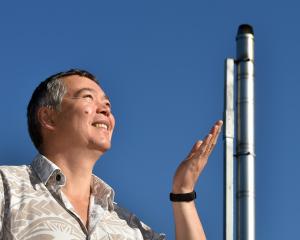 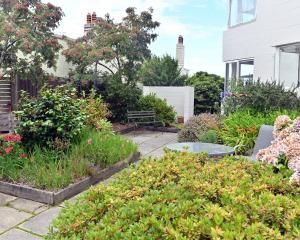