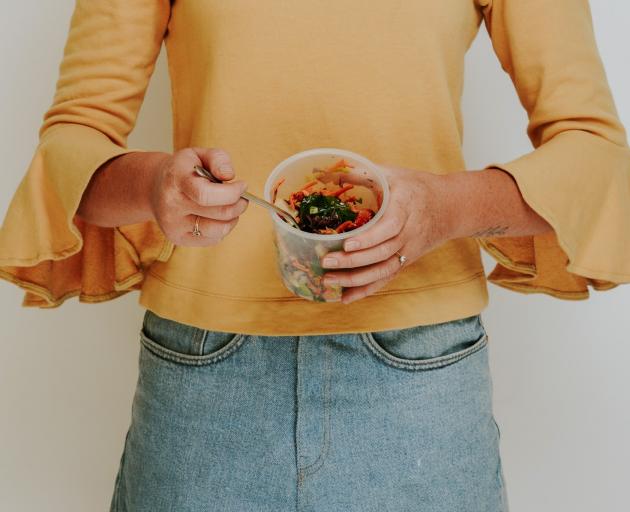 The waste conscious consumer’s nightmare: throwaway coffee cups, takeaway containers, plastic cutlery, condiment sachets and those scary soy fish. They’ve become normal in today’s society, but do they have to be?

Takeaway Throwaways, a new campaign launched in February 2020, doesn’t think so. The campaign calls on the Government to ban single-use disposable food and drink serviceware containing plastic (including degradable, biodegradable or compostable plastic), and to mandate reusable alternatives that are accessible for all people, and rolled out at scale.

"It’s absolutely possible for the Government to take these actions. They have all the powers to do so under the Waste Minimisation Act 2008 — they just need to push play," says Hannah Blumhardt, one of the founders of Takeaway Throwaways.

With all the waste in the world, why target single-use takeaway items? According to Takeaway Throwaways, it’s low hanging fruit that all New Zealanders can get behind. Furthermore, if the Government acts on the petition’s requests, it will bring immense benefit to both people and the planet and potentially create effective reuse models that could later be extended to help tackle other forms of waste.

Single-use packaging goes hand-in-hand with our fast-paced, convenience-orientated lifestyles. Rather than being chained to a cafe table and ceramic mug, we can grab our morning coffees in a takeaway cup on the run, while balancing our laptop on our foot and talking to Steve in our headpiece.

"These throwaways facilitate our constant state of busyness, but is this really a good thing? Taking a moment to slow down might actually be better for us," says Laura Cope, Takeaway Throwaways co-founder.

"Making time to stay is also community-building. When we’re too busy to sit at a cafe, we miss out on face-to-face conversations with Sharon at the next table.

Cafes used to be — and often still are — the heart of a community; a place that welcomes everyone from all walks of life, and eradicates loneliness. Banning takeaway throwaways would spark not only a reuse culture, but a wave of stayer-iners that sit, pause and reconnect with themselves and others."

Takeaway packaging pollutes our oceans, lakes and forests, and fills our landfills. But its impact starts well before that. It’s easy to forget, but manufacturing single-use disposables and then transporting them around the world requires resources and energy.

Regardless of what a single-use item is made from, this linear "take-make-dispose" approach is ecologically questionable in an era of climate change and resource depletion; especially when we know takeaway packaging is usually used for a few minutes only.

Packaging labelled as compostable is not much better. "The same goes for single-use disposables marketed as compostable," says Takeaway Throwaways co-founder Liam Prince. "And, for these

products, there’s the extra complication of actually getting them composted so that we keep those precious resources out of our landfills where they’d otherwise create methane — doing this is not as easy as you’d think!"

REUSABLES ARE THE ANSWER

Instead of changing the materials we use to make disposables, Takeaway Throwaways calls on New Zealanders to switch our mind-sets and embrace the reuse revolution.

"Reusing has greater potential to reduce greenhouse gases and resource usage than even the greenest throwaways, especially when we reuse things we already have, like glass jars from our pantry for cups, cutlery from home, and ice cream containers for sushi," says Blumhardt.

For those who forget their reusables, Takeaway Throwaways is asking the Government to co-design reuse systems at scale for takeaway food and drink.

"Imagine going to a cafe or getting on a train, borrowing a reusable cup for a small deposit, and when you’re done, redeeming your deposit by dropping the cup off at a participating cafe or into a reusables ‘bin’ to be sterilised and reused for the next person," says Cope.

This vision may seem ambitious, but such schemes exist overseas, supported by policy and business innovation. They’re also popping up around New Zealand, change is already on our doorstep.

In Otago, the shift from single-use to reuse is well under way. Wanaka is vying to be New Zealand’s first single-use cup free town and has already embraced the AgainAgain cup lending system, alongside various other reusable alternatives. As a result, several of the town’s cafes no longer offer single-use cups. The Remarkables Market is free of throwaway cups, while Sustainable Queenstown’s Dishrupt scheme enables people to get their takeaways at events without the rubbish. Cardrona is officially a single-use free mountain, with no disposable serviceware available at all — a success story that has turned more than a few heads in the New Zealand tourism industry.

Takeaway Throwaways believes that New Zealand is ready for the change. Colmar Brunton surveys in 2019 and 2020 show that New Zealanders rank plastic waste in the environment as one of the top issues facing the country. This concern is reflected in the fact that the Takeaway

For decades, we’ve accepted our coffee in disposable cups, taken the plastic cutlery handed to us, and not thought twice about the single-serve condiment sachets.

However, it’s increasingly apparent that these single-use items come at a cost to the earth and its people. Takeaway Throwaways is a people’s campaign; so, what will you do with it?