Photo: Getty Images
Values based on Maori ancestral knowledge are piloting an ethical fund through the world of investing, Tom McKinlay writes.

Aroha is central to the work of investment services company Tahito.

Managing director Temuera Hall talks about it in terms of the familiar English translation, but he and Tahito co-founder Chris Winitana have thought long and hard about the word and come up with another definition too.

It’s not that they are not into love. But after a close examination of aroha and its constituent parts, they’ve come up with the alternative — and complementary — meaning "connection". It is this the pair have embraced in developing Tahito as a "world-first indigenous ethical investment services company".

Aroha, literally, means to feel the breath of someone, Hall says.

"In other words, you are so close to someone else’s face they are your focus and you can feel their breath. That’s pretty much what it is saying," he explains. 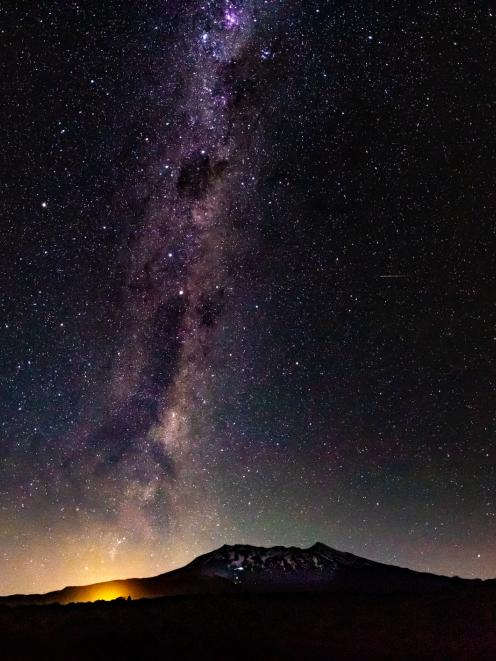 Tahito refers to te ao tahito, the knowledge of the time before Maori arrived in Aoteaora, steeped in astronomy. PHOTO: GETTY IMAGES
In that close, in that personal space, there’s going to be connection and the opportunity for a mutual relationship of care and protection. In that close, Tahito doesn’t want to detect fossil fuel fumes on a company’s breath.

That’s the first part of it.

A second fundamental concept at the heart of Tahito is mauri, life force.

For example, he says, aroha feeds mauri when people establish a close connection or reciprocal relationship with the environment, in which they are fully aware of impacts and give as much as they take.

"There’s the underlying basis of it."

It’s a pretty attractive sort of philosophy, making connections to increase wellbeing. But we are talking here about the hard-nosed world of investing; profit, loss, returns, percentages. It’s the arena of "show me the money".

So, we’ll skip ahead a bit.

Tahito has just celebrated its first birthday. It’s a new player, with $3 million under management. But in that first year its Te Tai o Rehua Fund — named for the body of water between New Zealand and Australia — has performed 3.8% above the index.

"One year is still quite a young fund but it is a good little milestone," Hall says.

It’s proof that an ethical and sustainable fund based on Maori indigenous values can work. It shows competitive, if not leading, returns are possible, he says.

It’s just a start though, he concedes. They now need to scale up, to a fund of about $50 million.

That’s looking a good prospect, maybe even this year.

"Then we have ticked a couple of boxes and we can really stand up and say, yep, we have proven our system and our process at a number of levels."

Tahito is a member of the $5billion Investment Services Group, so can call on its established backroom functions.

Professional director and authorised financial adviser Hall says the Tahito approach was a couple of years in the making, but the story goes back a lot further.

Hall’s been working in business development, asset management and investment advice since 1994, including working with central North Island iwi forestry assets, a stint as chief executive of the Tuwharetoa Settlement Trust, and in a range of directorships.

During those years, he also began working with Tahito co-founder Winitana on wananga structures for his iwi, Ngati Tuwharetoa, to retain deep cultural knowledge as a baseline for supporting the paepae, the senior marae speakers.

"We did that10 years formally," Hall says.

It involves fundamental differences in world view, the lens through which you look at the world, Hall says.

"We have all been raised and often, if we do not check ourselves, will default back to a Western world view and you know that is very much around the individual, the self, your self-wealth, your self-importance." 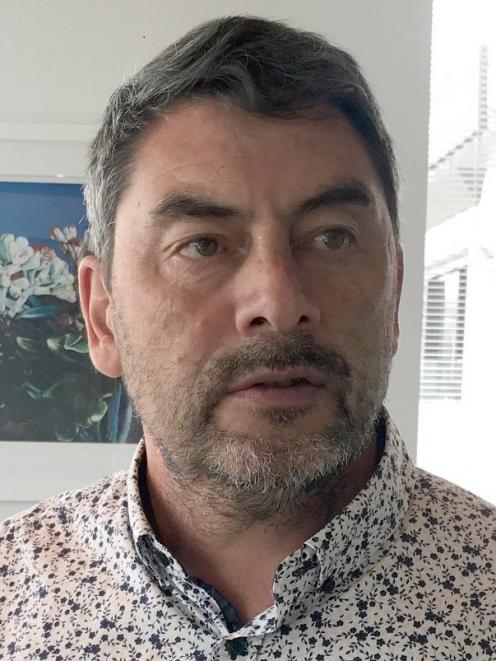 Tahito managing director Temuera Hall. PHOTO: SUPPLIED
He’s not saying there’s no place for any of that, but it’s limited.

"And of course the fundamental difference between that and the Maori world view, or the Maori indigenous world view, is that it is very much about the intrinsic understanding of connection. Everything is interrelated, nothing exists of itself, and when you look through to the fundamental of what that means, it means that people are not the centre. We are just a consequence. So the environment becomes the centre. And if you really want to go deeper into the philosophy and value set, we actually put the wairua in the centre. That’s spiritually, it becomes the centre, the environment comes out from that, and then people are dependent on the environment.

"You have to look through that lens first, because that then drives balance, harmony, consensuality."

How all this works back at Tahito head office is that they have developed 50 values that inform the positive screens they apply to investment opportunities. And they do that first, before examining the financials.

An example of their screens is whanaungatanga to ao, which involves looking at a company’s "values, their vision, mission and purpose". Another is whakarongo to hiwa, which means screening a company for whether it employs women as senior directors and managers. Under honotahi to wairua, Hall measures community engagement and support.

"One big thing we do, that I don’t think anyone else does, is look deep into the community engagement and community giving piece of corporates. That’s a big part of what we try to measure."

For their Australasian fund Te Tai o Rehua, Hall looked at all the listed companies in both New Zealand and Australia.

Then he looks a bit harder — still applying those positive value screens.

"By the time we do the qualitative measures I am down to about 40, and so that is when we start our financial analysis and peer group review and get deep into structure, that side of it."

The fund was designed to hold 20 to 30 companies, and they got there; finding what they were looking for in the likes of property companies and health services firms that Hall says have been thinking and talking about green energy or energy efficiency or wellbeing for a while now.

It’s been a learning experience, with some unexpected results.

"I said anything that pokes a hole into Ranginui, which is large emitters, we are not going to touch, and anything that rips into Papatuanuku, so that’s all your mining stocks, most of your industrials now, I just gave them a blanket exclusion," Hall says of his initial approach.

But he then went a bit more granular and managed to turn up some gems that might otherwise have been excluded.

One was steel company Sims Metals, out of Australia.

"First round I just cut that out, didn’t even look at it. Then you find out it is actually a steel recycling company, with operations around the world."

The Tahito portfolio has no companies that own fossil fuels or fossil fuel reserves.

So, the bar is high and few can clear it, but Hall says the trend is encouraging.

"The number of companies that are starting to show better qualities against our measures is increasing. But if it becomes too easy we will just lift our bar, because we are still a fair way from our ideal."

Much of this sounds like what is generally referred to as "impact investing", in which the aim is not just to screen out the bad — fossil fuels, sin stocks, animal cruelty, child labour and the like — but to find companies that leave the world a little better.

Hall sees the similarities but is keen to emphasise what he says is an important difference.

Yes, Tahito does positive screening, but not in the way that impact investment funds typically do, looking for "sustainable themes" in order to establish a climate fund, a water fund or a diversity fund, for example.

"No, we don’t do themes, because themes get into silos, whereas one of the critical points of the indigenous lens is this interrelationship, it is holistic. If we were just to say we were a carbon climate change fund, that would be doing a disservice."

It’s about that concept of connection again.

The Tahito philosophy argues it is the loss of connection that underpins the major issues we face around the world, from climate change to loneliness.

The flip side is that if we can get this stuff right, we can head for a place of thriving communities, within a thriving environment — leave a better world for our tamariki and mokopuna.

The World Economic Forum, the United Nations and the New Zealand Government — with its wellbeing budget — are moving in that direction.

"My view is, we should be going a step further."

And Maori indigenous philosophy can point the way with its detailed creation narrative, whakapapa or genealogy that says people, sky, land, ocean and environment are one.

Tahito is applying it in an investment decision-making setting, but Hall sees further potential.

"It could flow into political decision-making as well and as a nation we could be leading in this space."

Hall mentions a conversation he had recently with the chief executive and chief financial officer of telecommunications company Spark.

They’re doing some good stuff, Hall says. All their values now have Maori headings and they have a kupu app.

All the same, it’s Maori 101 and the plan has to be to move everyone to a deeper understanding of the language and what it describes.

Hall gives a couple of further examples of the wisdom contained in te reo Maori.

Rakau, which is generically translated as tree, literally means "sun (ra) that enters", just as leaf, rau, talks of the process of capturing the sun. Then there is ngahere, the word used for forest, but that does not mean a group of trees. Rather, it means "to hold the breath". Altogether the words describe the forest’s role as a carbon sink and a generator of oxygen.

"Here it is all embedded in the language and it has taken all this time for us to start unveiling that stuff and going, hey, this is all New Zealand Inc stuff, let’s run with it, let’s embrace it."

This unpacking of the deep knowledge of te ao Maori also informed the naming of Hall and Winitana’s investment vehicle, Tahito.

It refers to te ao tahito, the knowledge of the time before Maori arrived in Aotearoa.

That knowledge, steeped as it was in the astronomy vital to navigation, is now recognised as being leading edge for its time, Hall says.

"Like they applied that for navigation, we are now just applying that for finance." 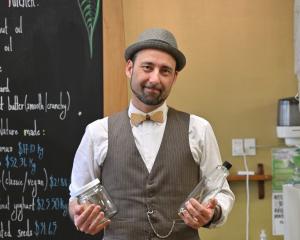