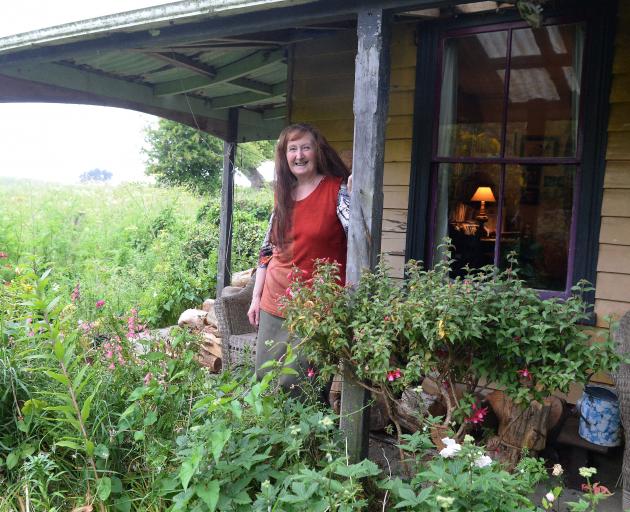 Visual artist Robin Swanney-Macpherson at home in Seacliff. Photos: Linda Robertson
Seacliff remains in the shadow of its eponymous asylum.

As if to make the point, visual artist and Seacliff resident Robin Swanney-Macpherson (70) was speaking a few days before a memorial was unveiled at Andersons Bay Cemetery to commemorate the 37 women who died in the December 1942 fire at the mental hospital.

Outside perceptions of the township were shaped, negatively, by the institution that closed more than four decades ago.

Locals felt differently, and had largely moved on, she said.

The old hospital site, now the Truby King Recreation Reserve, was popular as one of the community's few focal points.

Situated halfway between the estuary of Blueskin Bay and the mouth of the Waikouaiti River at Karitane, Seacliff attracts professional types these days who commute to Dunedin.

When Ms Swanney-Macpherson arrived in 1979, artists were being drawn there by the cheap housing that resulted from the departure of hospital staff in the early 1970s.

''At the time it was a rundown community and so there were houses going really cheap. People were turning up looking for a house from out of town.

''Me and my friends, when we first came here, we were the hippies with long hair and probably freaked the locals out.

''I came down [from Wellington] because I had other friends living here.'' 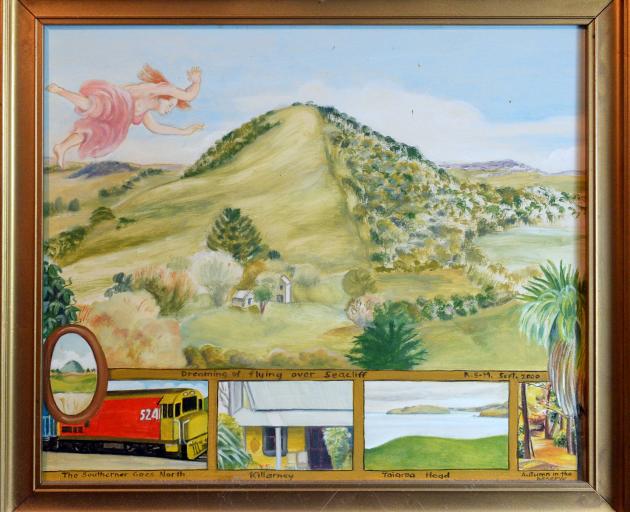 Dreaming of flying over Seacliff a painting by Ms Swanney-Macpherson.
The tiny cottage she has rented for 38 years is nestled in an overgrown hollow a few metres from the main trunk railway. It shakes when the train passes.

In the early 1970s, it was home to artist Jeffrey Harris and the late artist Joanna Paul.

''That's an important aspect to my being in this house because I know its history.''

The cottage is north of the township, and it was hard to stay connected to residents without a community hub.

''It's a bit frustrating because all of the community centres have gone, like the school, the shop . . .''

''That's only used for posting events or something that's going to be happening . . . so I can keep in touch that way.''

Her artist friends had moved on, but she had felt no such urge.

''I'd find it really hard to leave here. Because I'm getting older, I'll have to think about it.''

Her art, which is often of a political nature, flourished in isolated Seacliff.

''My work is mainly about New Zealand society.

''There are too many distractions in town. You get caught up in people's lives.''