Give it a go: knitting 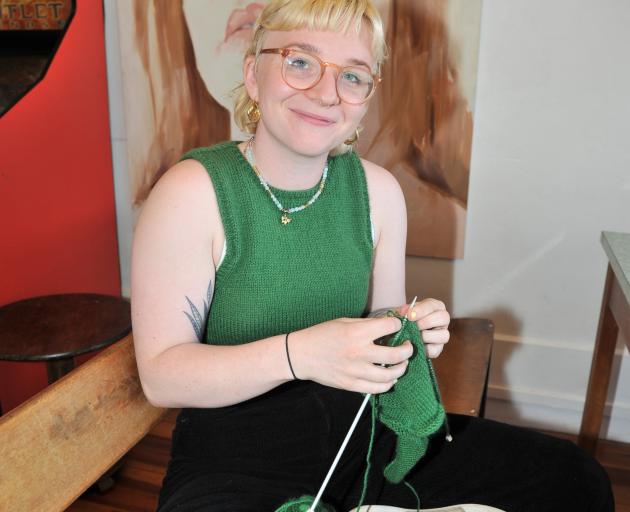 Alice Billington wears one creation and knits another at central Dunedin cafe Morning Magpie. PHOTO: CHRISTINE O’CONNOR
Inspiration comes to those who knit.

Or it does at least when Alice Billington (27) picks up her needles.

When she was 6 or 7 years old her grandmother in England taught her the basics.

"She was always the knitter of the family. She made everyone’s baby clothes."

Ms Billington eased into life as an "on and off" knitter, making the occasional item for a friend. But then she started working on a PhD in history.

As she studied women who qualified as doctors in the early part of the 20th century — and how their work affected the experiences of female patients throughout the century — Ms Billington found she needed something to do when she was not working.

She needed something to do so she could relax and "think".

In a way knitting made her feel connected to the women she wrote about, she said.

And good ideas came to her when she was knitting.

"I can knit without my brain being engaged."

Anyone could knit, she said.

She had thought about starting a club, or perhaps lessons.

But at any of Dunedin’s op-shops there was a multitude of knitting needles and abundant yarn and with some free tutorials on YouTube, it was cheap and easy to get started, she said.

"You can get anything you need to start knitting from an op-shop for less than $5."