It’s a toss-up whether the food, the scenery or the adventures are Laura Smith’s favourite things about the Bay of Plenty.

It might be a less-than-charming comparison, but I liken myself to a lizard; I thrive in a warmer climate.

Being Southland-based, with only a very small chance of an island getaway anytime soon, the opportunity to spend five days in the Bay of Plenty was very much welcome.

I knew I was in for a treat when I had to remove clothing layers when I landed in Tauranga mid-afternoon.

A mere 6km from the city, I exited the terminal, found my rental car and began the short trip to my hotel, Trinity Wharf, my home away from home for the next two nights.

As it was close to town, I walked to the city centre for dinner.

Macau Restaurant specialises in mouth-watering sharing plates. I sampled a few and was impressed.

I spent the rest of the evening exploring the city centre; I could sense another holiday in the making as I wondered how it would be during next month’s National Jazz Festival.

An early start was in store for me the next day, and I travelled north to Waihī Beach.

While the journey was not a long one, I wanted to ensure there was enough time to explore the towns along the way — and there are some gems.

Coffee was a high priority, so a quick detour from State Highway 2 to Te Puna Deli fixed my craving.

The Bay of Plenty is well known for its sandy beaches, such as at Orokawa Bay, near Waihi Beach. Photos: Laura Smith.

Although small, the deli does not disappoint. Fresh and fragrant produce is piled on a centre table, while baked goods complement its aroma.

Onward and upward, my next stop was for a quick pie in Katikati where a planned five-minute break turned into an hour’s exploration, as I was captivated by the obvious pride the community had for its home.

The ever-present buzz of Bay of Plenty cicadas is the musical accompaniment for strolling down the mural-filled streets.

The small town’s history is displayed in the large and numerous pieces of art, as well in The Arts Junction. Here you can find the Carlton Gallery, the Katikati Visitor Information Centre and the Junction Theatre; all well worth a visit.

Friendly and knowledgeable, the staff are more than happy to provide information on the area.

Having had my pie and art fix, I journeyed on.

Rolling waves and a long stretch of sandy beach awaited me at Waihī.

Warm waters await in the Bay of Plenty, and beaches such as at Ohope are well worth the visit.
I drove to the northern end of the township, where I began a rewarding walk to Orokawa Bay.

Spectacular scenery throughout and great fishing opportunities await, while the 45-minute (one-way) walk takes you through the scenic reserve’s native bush.

The track winds around the edge of the coast, offering glimpses of an azure Pacific Ocean.

At the end, I kicked off my shoes and rested on the sandy beach.

Working up an appetite again, I made my way back to the car and drove through the village to have lunch at Flatwhite restaurant.

A beachfront delight, the restaurant sits almost on the sand. Keeping with the marine theme, I chose fish tacos for my meal. Beautiful.

I spoke with the co-owner of the restaurant, who has ties to the South. Having trained in Queenstown and with relatives in Winton, Demian Dunlop appreciates southern living.

However, the draw of the bay’s warm climate and beach living had him take a position as the chef at Flatwhite.

Flatwhite co-owner Demian Dunlop looks out to sea from the cafe.

"I found a new place I love just as much as Queenstown."

A few years later, he is the general manager and co-owner of the busy venue.

"Waihī Beach is a hidden gem. It’s a beautiful place — we have a lot to offer."

I had to agree.

My time there, however, had to come to an end and I headed back towards Tauranga.

With a slight phobia of massages, I wasn’t initially excited for my trip to Fernland Spa. My experience, however, proved me a fool.

I am not "good" at relaxation, but after a soak in the private thermal mineral pool I was more than ready to give it a try.

Evening came, and as I sat down to dinner at Sugo, I appreciated every luscious mouthful.

I was salivating just looking at the menu: rock melon and prosciutto, tiramisu, beetroot and ricotta tortellini, with a wicked drinks list, too. 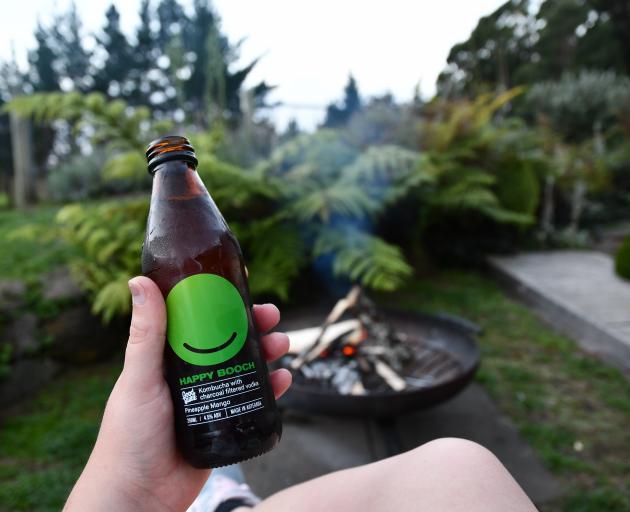 New Zealand’s first vodka-based alcoholic kombucha is blended with Good Buzz, made in Tauranga.
Not too many though, as it was another early start the next day — a roadie to Whakatāne.

Low sun and a light haze drifting off the sea set a serene scene for the hour-long drive.

However, rough seas were forecast, and with a previous activity already having been cancelled the day before, I was lucky it had calmed enough for my next.

And it was one I was very ready for: a tour of Moutohorā  Island.

One of the country’s most restricted pest-free wildlife sanctuaries, it was a privilege to be boarding a boat with the Moutohorā Island Sanctuary Tours crew.

As such, biosecurity was completed before boarding. After a bumpy ride over, the sea calmed as we drew closer to the Department of Conservation and Ngāti Awa-managed island.

As we bobbed towards our landing point, birds could be seen and heard among the hum of cicadas.

Our small group of about 10 or so began a short and slow walk, stopping occasionally to hear stories, the history and of the character of the island as we traversed through native bush.

The well-formed track led north to a vantage point, close to a historical pa, where we looked out across the ocean.

Retracing our steps, we visited a resident tuatara, which chilled near its burrow as we waved hello.

The last part of our journey was to Onepū/Sulphur Bay.

Aptly named, the bay serves as a reminder of the island’s volcanic nature. Spades were handed out and we worked to dig ourselves a geothermal pool; others relaxed with an eagle ray for company in the warm, calm water.

We left the island in no rush and we farewelled in Whakatāne with a smile and a wave.

I’d recommend spending some time in this part of the bay. Beautiful Ōhope is close by and the road around to Ōpōtiki and further offers some gorgeous sights. 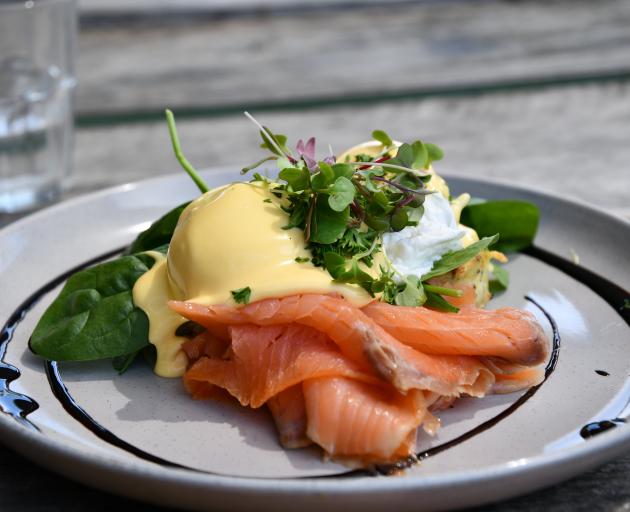 For me, dinner was soon of high priority.

I was to stay in Waitao that evening, so I made my way back on to SH2 and travelled to Te Puke for a quick feed.

I navigated the short, twisting drive to Cob Cottage.

An impressive place to stay, the cottage was built by locals wanting to learn the art of natural building; making it out of clay, sand and straw.

Owned and obviously cherished by the Partridge family, the cottage makes for a beautiful and romantic refuge.

I arrived shortly before dusk, and having settled in, I paused to admire my surroundings.

Magpies chattered and insects played their evening song, with me soaking it all in while cuddled up on a couch by a brazier. 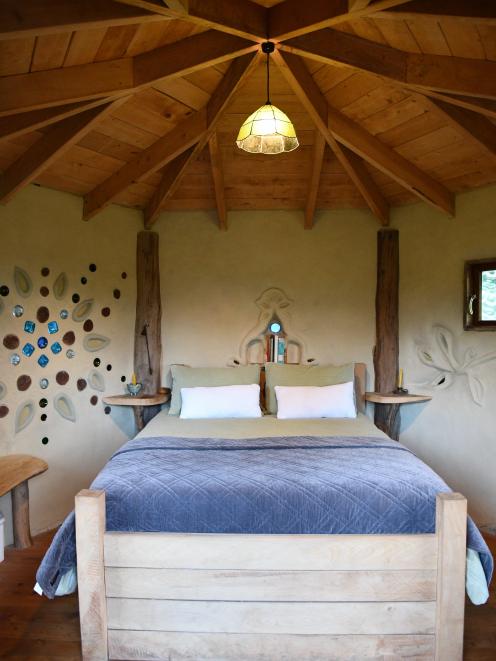 Cob Cottage offers a beautiful and comfortable stay.
The last day of my trip had arrived and I still had so much I wanted to do, to see.

Evidently not having had my fill of natural wonders, my first trip was to Kaiate Falls.

A 10-minute drive from the cottage, the easy walk weaves down to the falls and back.

Various stops along the way offered drastically different views: wide and open to Mt Maunganui in the distance; corridors of native flora; volumes of rushing water, pooling, trickling, gushing down.

It was all too much for my senses, and I was hungry again.

Off to Pāpāmoa for breakfast. Coffee and crepes at Henry & Ted went down well and kept me going while I visited nearby towns. Back on the road east, I took a turnoff towards Pukehina.

The reason for my visit to the small beach town was to meet the team behind Lumberjack Brewing.

Kitted out with a small taproom, the brewery is open on Friday and Saturday afternoons.

This year, owner Ian O’Malley quit his job to work on the craft beer brewery full-time.

He studied in Dunedin and played for St Kilda Brass; he now teaches brass one day a week at the local school.

"We decided to just take the leap."

This may have been an easier decision having won the SOBA Bay of Plenty Brewery of the Year in 2019, and with the support from the local community. 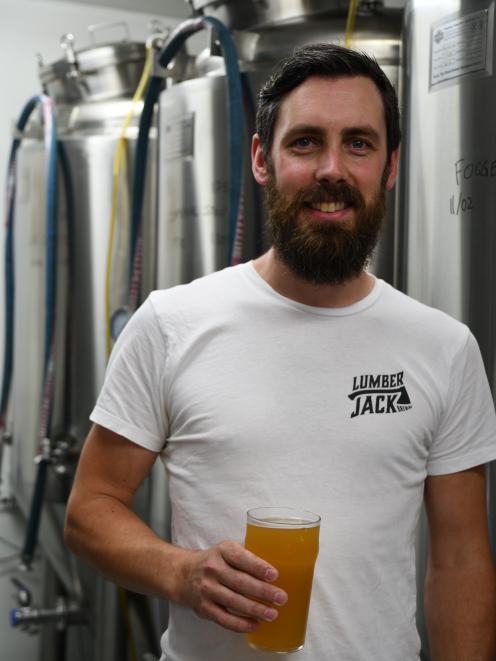 Lumberjack Brewing owner Ian O’Malley is excited for the future of his Pukehina business.
In the process of expanding the business, he invites locals and vacationers alike to pop in for a brew or two.

With only one road into Pukehina, he told me to keep driving down and visit the beach.

It was certainly somewhere I could spend some time — a quaint beach town, still with the rural charm us southerners are used to.

Nearby Maketū is similarly beautiful. Activities around the area are numerous, such as horse-riding, fishing, kayaking to name some.

Known for its kiwifruit cultivation, Te Puke works as a good base for those wanting to do orchard tours.

For me, food was once more on my mind. The focus for those who run The Daily, however, is the community.

Owned by The Search Party Charitable Trust, all profits from the cafe and catering goes back to the Te Puke community with the aim of breaking the poverty cycle. And the food? Superb.

My vacation was coming to an end, but I still had one more thing to check off my to-do list.

I checked into The Beaumont Apartments, and relaxed in the bright lounge for an hour.

Then I headed to the beach, where I donned a wetsuit.

This was not due to lack of patience, support or commitment from my instructor, Paddy Maddocks.

The crew at Hibiscus Surf School are experienced and, thankfully, kind to beginners like me. 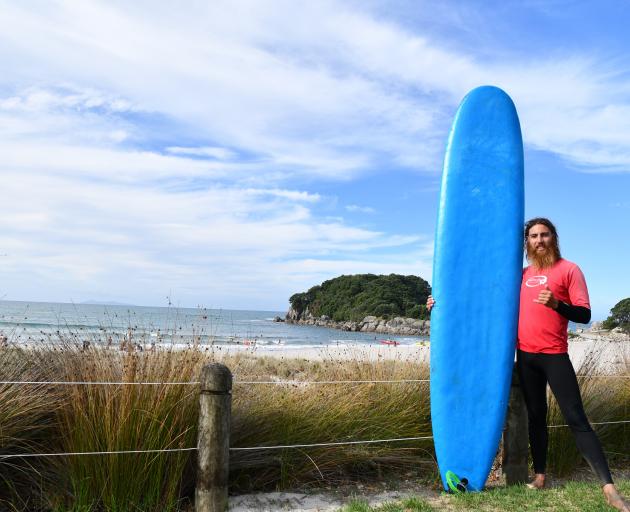 Hibiscus Surf School instructor Paddy Maddocks has spent the past few years in Mount Maunganui.
For those who possess more skill than myself, they offer advanced lessons as well.

My private lesson, which lasted an hour and a-half, completed my holiday and was the ideal way to spend the remaining time I had in the sunny Bay of Plenty.

Laura Smith was hosted by Tourism Bay of Plenty.of Plenty.