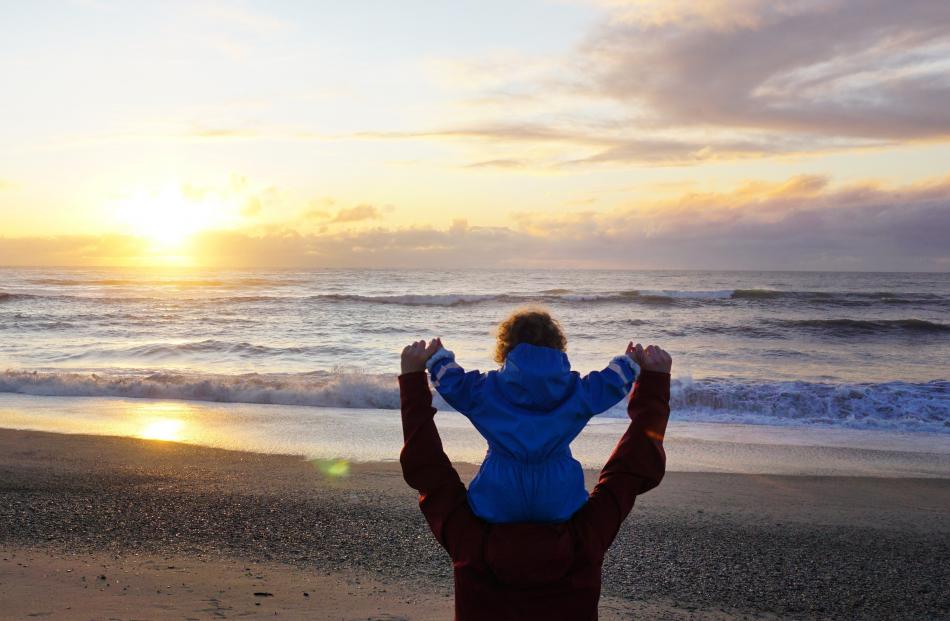 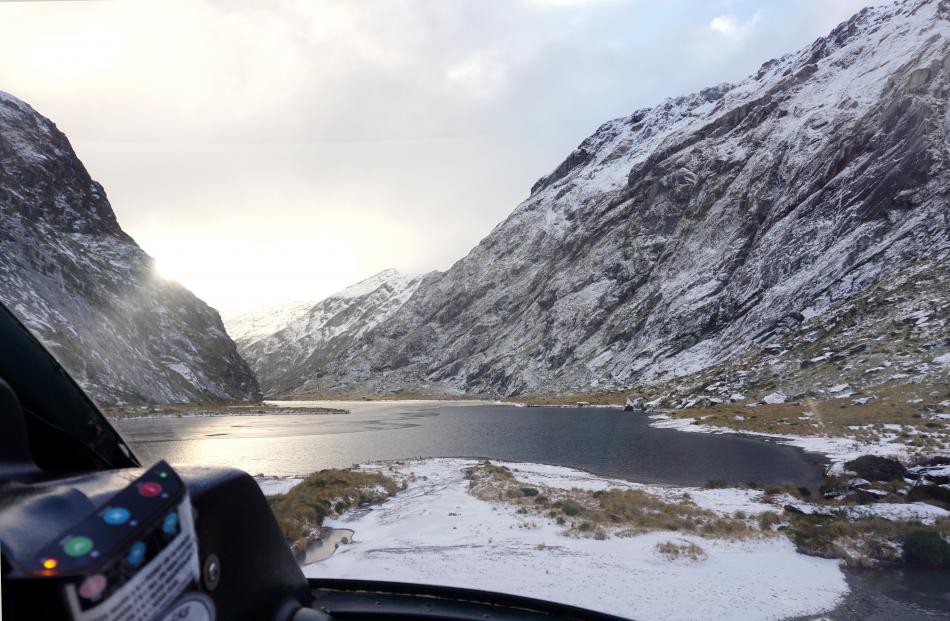 There was less snow around the Hanging Lakes than in previous years. 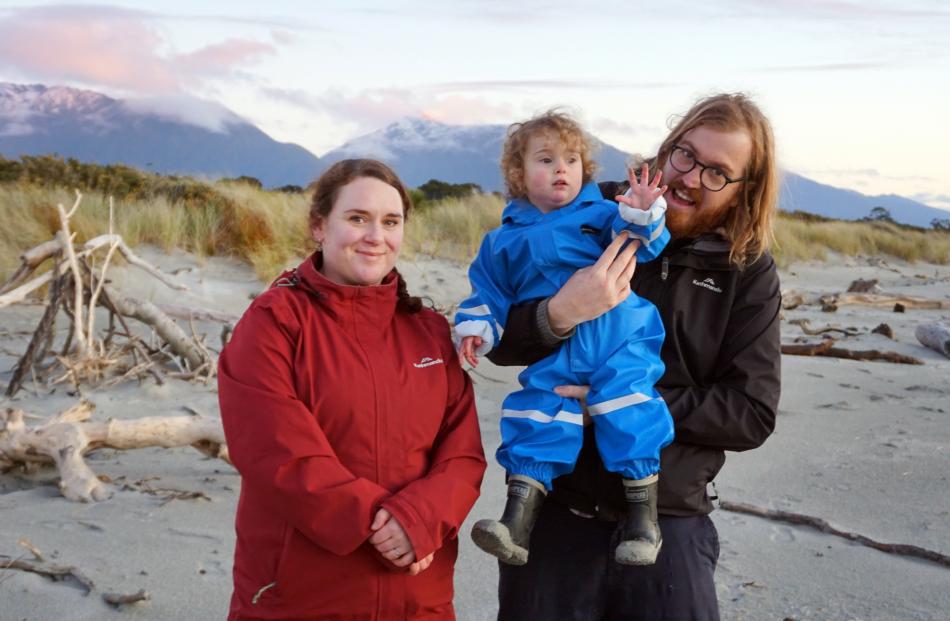 Sian (from left), Lucy and Vaughan Elder on Haast Beach. 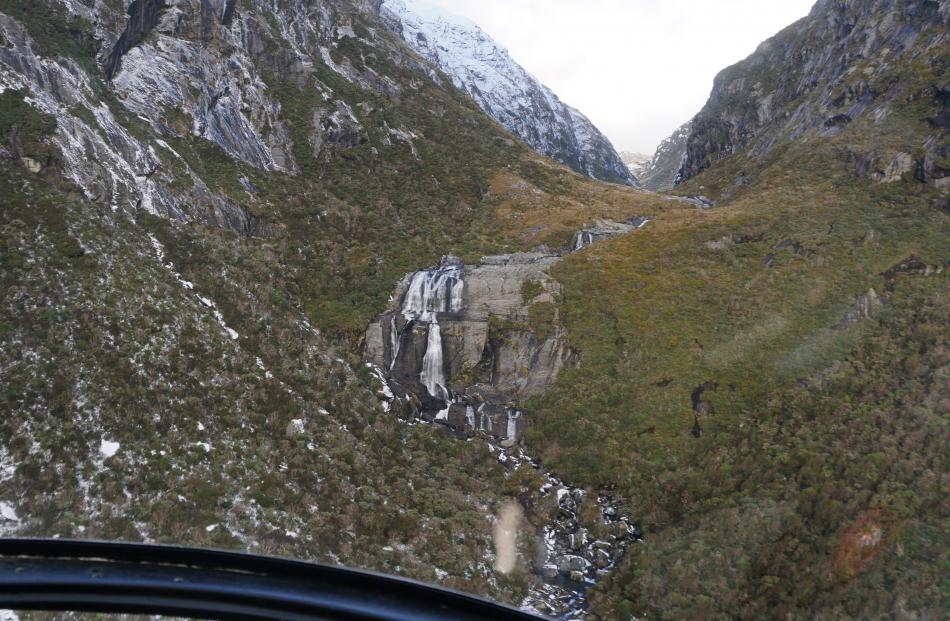 A waterfall drops from the Hanging Lakes in the mountains above Haast. 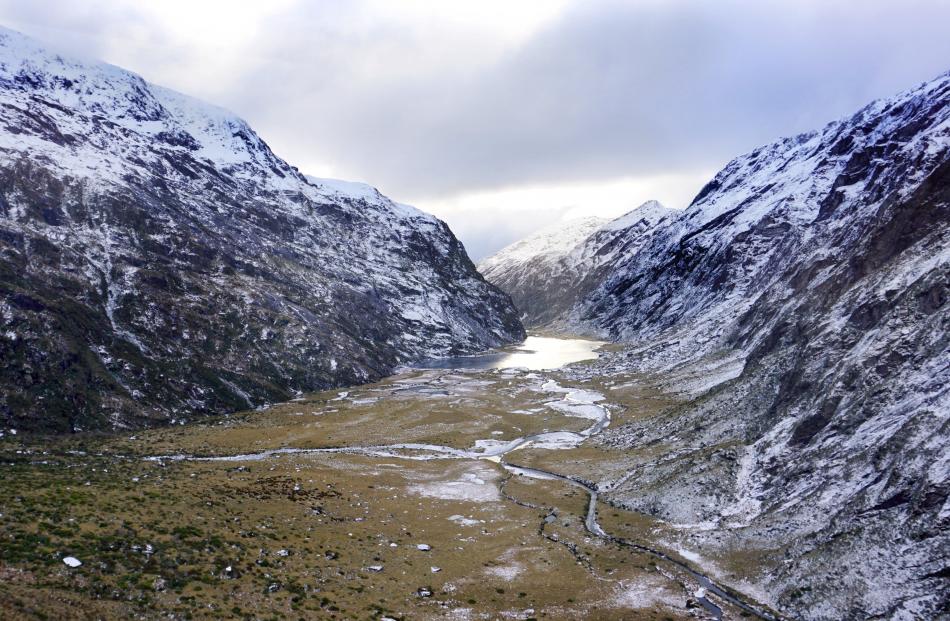 The Hanging Lakes is all but inaccessible except by helicopter. 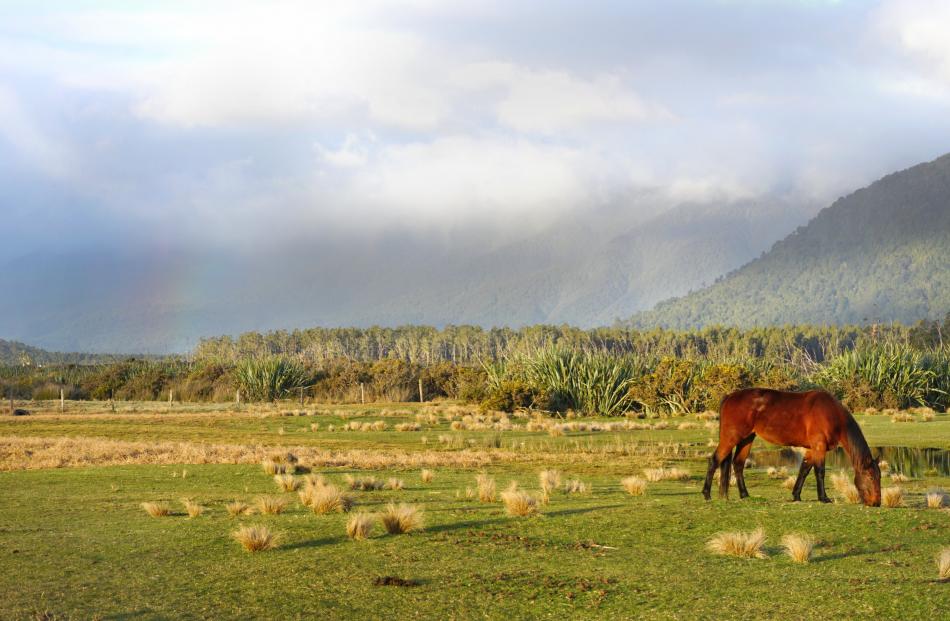 A horse chews on some grass at Haast Beach as sunset approaches. 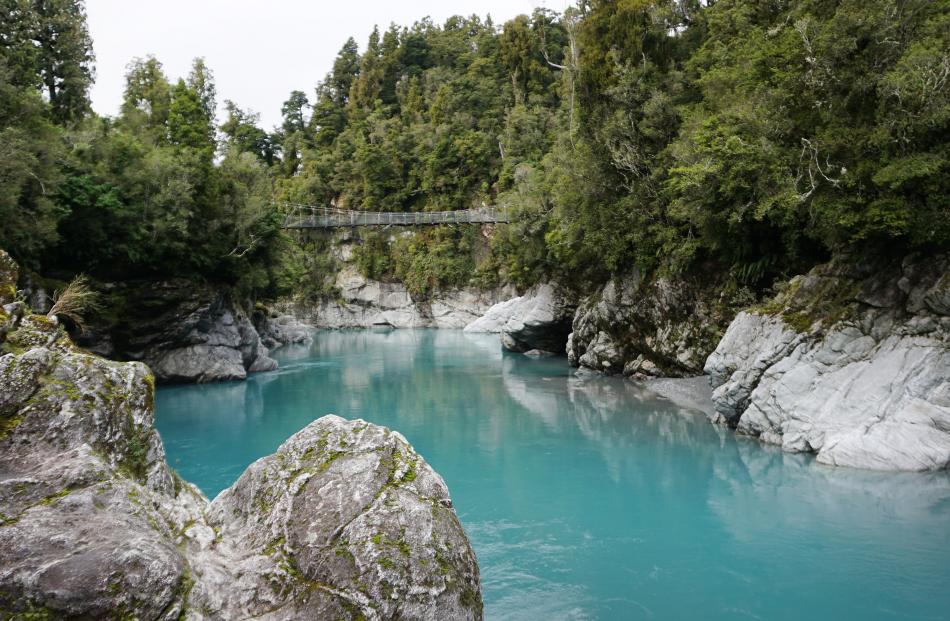 The water is a deep turquoise as it runs through Hokitika Gorge.
Vaughan Elder is seduced by the untamed beauty of the West Coast.

The untamed beauty of the West Coast is intoxicating.

Waves crash on to abandoned beaches surrounded by ancient forests and roads point towards little-explored valleys, which climb to glacier-topped mountains.

Everywhere there is evidence of man’s attempts to tame nature, but nature winning — roads are washed out and metal quickly rusts. A sign says don’t stop for the next 1.5km for risk of falling boulders.

In a world increasingly fenced off, landscaped and packaged into tours, the West Coast is refreshingly wild.

Packing up our impressively large rental SUV from Budget Rent a Car in Dunedin and buckling our 2-year-old Lucy in her car seat I worried that our three-day tour would mean too many hours of driving.

Travelling long distances with a toddler is a juggling act between hours of Peppa Pig, food bribery and timing trips perfectly to fit around naps.

But, perhaps most importantly, you need places to stop along the way. Driving for more than two hours, at least with our toddler, is simply not going to be much fun for anyone. And that’s where the West Coast has you covered.

When travelling around New Zealand, you invariably end up pulled over on the side of State Highway1 in the outskirts of Timaru using your car boot as a nappy changing table while trucks whizz past. But on the West Coast, finding a place to stop for fresh air or a scenic walk is no trouble at all.

Our first such stop — while technically not in the West Coast — was Blue Pools, a perfect halfway point between Wanaka and Haast.

On the way to the pools, we saw tomtits and riflemen flitter about in the lush mossy undergrowth.

The pools themselves are crystal clear turquoise — so clear we could see large trout roaming in the pool’s depths.

Driving in the West Coast is unlike anywhere else in New Zealand.

Signs tell foreign tourists "roads are different" in New Zealand and nowhere is this more correct.

Get used to slowing down to 15kmh to take corners and there are plenty of one-way bridges.

But taking it slow on the West Coast is no hardship, because getting to that day’s destination is often half the fun.

State Highway6 takes you through tall native forests, over scree-filled creeks and past the scars those creeks have left on the surrounding landscape after the last big downfall.

Look east on a clear day and you will see rainforest-topped foothills rise to the tallest mountains of the Southern Alps.

The farmland is unique. The lichen-covered fence posts and lone rimus rising from craggy fields tell you that you are in the West Coast. And a weka or two might just pop out from behind some scrub.

Even the livestock look a little weathered.

Down the perilously steep Haast Pass and past a ramp for runaway vehicles — there just in case your brakes fail — we were finally on the coast.

Soon after arriving we got the chance to see the coast from above, courtesy of HeliservicesNZ Haast. Seeing the coast by helicopter doesn’t come cheap, but due to the impact of Covid-19 on tourism you may be able to find a deal.

And it’s a must if you can afford it.

Travelling by chopper allows you to take in the beaches, forest, valleys and rugged mountains — all within 20 minutes.

Looking down on a largely untouched landscape, it’s not too hard to imagine a time when dinosaurs roamed the land.

Sweeping up through the steep valley, we are greeted with waterfalls dropping from iced-over mountain lakes surrounded in snow (although not as much as previous years our pilot tells us).

Back on terra firma, we head to the local pub in Haast for a hearty dinner — and our pilot is there with his 9-month-old twins.

From our motel, which is about a five-minute drive down the coast, we take a short stroll to take in the sunset on an almost abandoned Haast Beach.

Sunset bathes the snow-capped mountains in a pink glow as waves crash against the beach, lapping around our gumboots.

Another great way to travel on the West Coast is on horseback. We took a horseback trek by Experience Fox Glacier along a river that was carved out by glacial ice. I found myself feeling quite humbled by the experience of sitting on top of a 700kg horse while taking in the ancient landscape around me.

My horse was a gentle giant and perfect for a beginner like me.

It was also a good chance to talk to my guide, an Australian staying on the West Coast over the winter for the first time because of Covid-19.

The West Coast does rough beauty better than anywhere else, but it also offers pristine views in abundance.

Lake Matheson and the opportunity to see Aoraki/Mt Cook and Mt Tasman reflected on calm water surrounded by native bush is one of those million-dollar views.

There is something about tall mountains that inspires awe like nothing else — perhaps it’s the sharp edges, their inhospitality and the way they dominate a landscape.

After visiting the lake, a stop at Matheson Cafe is a good idea — the food was probably the best of our trip and surprisingly good value for a tourist hot-spot — and the views of New Zealand’s tallest mountain were stunning.

Another side trip you won’t regret is to the Hokitika Gorge. A deeper turquoise than Blue Pools, the river snakes through a rocky gorge surrounded by dense podocarp/hardwood forest.

This is a view you would walk hours for, but it’s only a short walk from a car park not far from Hokitika.

Flying back to Dunedin from Hokitika Airport the next day, we were certain we would come back and for longer than three days next time. 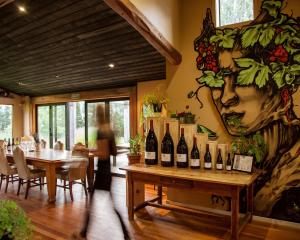 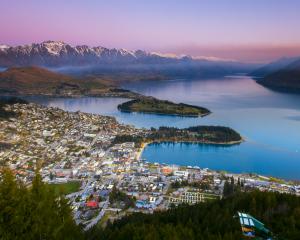