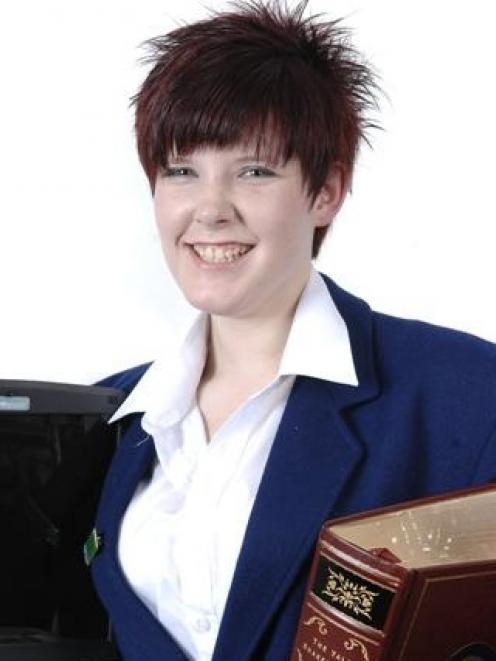 Holly Heron
Although it sounds more like the subtext of a Janet Frame novel, living on the Maniototo is a source of inspiration for senior pupil Holly Heron.

Holly (17) says her literary tastes change, but was interested in "Coleridge and Elliot" when interviewed for Class Act.

She writes constantly in her spare time, and is editor of the school magazine.

Since coming to the school last year Holly has become interested in the school community, and is house leader, and a health board and student council member.

"Last year I was lucky enough to be awarded a school award for achieving the best academic results in my year group as well as an award for being the best overall student in English."

A recent highlight was spending two weeks on the Spirit of New Zealand, which she described as an "absolutely amazing experience."

Holly, who was an air force cadet at a former North Island school, was also given the honour of speaking at the Maniototo ANZAC service, where she read from her great-grandfathers Gallipoli orders.

"At the previous ANZAC service I was part of the cenotaph guard at the service in Manurewa. I found these occasions very moving, especially as I have recently become a New Zealand citizen."

Role model: "I believe everyone effects us, and has qualities we admire."

Hopes for the future: "I plan to attend the University of Otago to study law. After university I hope to travel and see the world. I have lived in Cyprus, England and New Zealand. I can't imagine life without a change in scenery every few years."