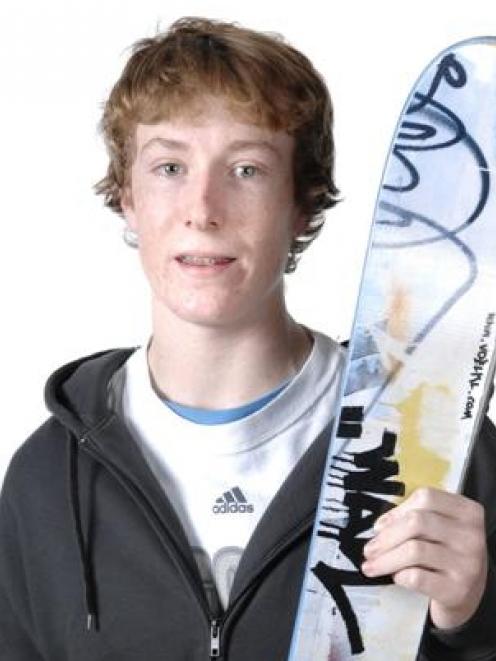 Hamish McDougall
Mt Aspiring College year 13 pupil Hamish McDougall (17) says life is about taking the ups with downs, and as a competitive free skier, there are plenty of both.

Hamish says he and twin brother Fraser (also a Class Act recipient) were "brought up on skis"; their parents had them "up the mountain" soon after they could walk.

Since he started freeskiing five years ago he has had many successes in half-pipe and slope-style competitions.

His recent success secured him a place on the New Zealand Freeski Development Team (Slopestyle and Halfpipe) and he was selected as an athlete recognised by the New Zealand Institute of Sport, SPARC and Snow Sports NZ for the Winter Performance Programme, 2008.

He says while training on a trampoline at home he has sustained several serious injuries and "breaks" while trying new tricks.

A recent highlight - at "La Disco du Cirque" Circus in Auckland in June also took its toll, and a hard landing on a pad broke an arm.

Both Hamish and brother Fraser say the biggest challenge is integrating school work into their busy training and competition schedule, especially as they both have scholarship subjects to study for.

Role model: "The coaches who have had the biggest impact on my skiing - Marty Jillings and Mike Hanley."

Hopes for the future: "To continue competing in skiing events and to gain an economics degree."