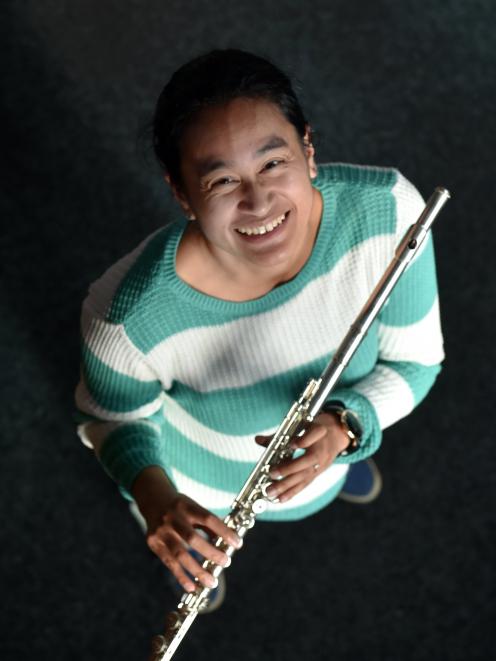 What can the audience expect from Beethoven’s Big Bash?

The audience can expect a big enthusiastic bash through one of Beethoven's great works, the final movement of his Ninth Symphony. It will have a great community feel, and for the community players and singers, it will be a great opportunity for them to experience playing in a big professional orchestra, which most of them would not have done before. So, hopefully, it will be exciting and not too nerve-racking for the participants. We're also having four university students performing as soloists with us. Lucy Costelloe is playing violin in Beethoven's Romance No.2, and Abhinath Berry, Moriah Osborne and Seungmin Yoo will each be performing a movement of Beethoven's Piano Concerto No.3. So, with the community players, especially with our younger participants, the audience will get to see young musicians at the beginning of their musical journey, and with the soloists the audience will get to see where those young musicians might end up.

How many people are in the orchestra and choir and who is involved?

At last count, there will be around 65 community players and around 30 community singers, joining the about 45 Dunedin Symphony Orchestra (DSO) players and around 70 members of City Choir Dunedin. All up there will be around 110 orchestra players and around 100 singers. DSO and City Choir Dunedin make up the core of the ensemble, but the community participants come from many different musical organisations around Dunedin, including Saturday Morning Music Classes, Dunedin City Wind Orchestra, and the Knox Church choir, as well as comprising many students taught by local music teachers like Aart Brusse and Errol Moore.

How did this show come about and how long has it taken to pull it together?

The original idea was for this concert to be part of national celebrations held in honour of the 250th anniversary of Beethoven's birth. There was going to be a similar bash in each of the four main centres in New Zealand, but only Auckland Philharmonia managed to pull theirs off before Covid-29 locked down the country last April. It seemed a shame not to try to get the idea off the ground again in 2021, so we approached the Dunedin Arts Festival, who got behind us and agreed to host this event as part of the festival. So, really, the idea for this concert has been in the offing since at least the beginning of 2020, if not before, but we only got to actually carry it out this year.

What is the biggest challenge in playing with a massed orchestra?

What instruments do you play and how long have you played for?

I play the flute and piccolo. I have played the flute for 27 years (since I was 7). I first started learning the flute at Saturday Morning Music Classes and have continued on since then. I eventually went on to gain my master’s degree in flute performance, under the tuition of Luca Manghi (DSO's principal flute), and I teach flute myself (including back at Saturday Morning Music Classes, where I first started).

Why is it important to celebrate Beethoven’s 250th birthday?

It's important to celebrate Beethoven's anniversary because his music represented a seismic shift in how classical music was written at the time. Up until then, music was a bit more like what I'd call "wallpaper music’'. Nice to have on in the background, but not necessarily always enough to hold your attention with what it's trying to convey or how it's conveying it. Beethoven changed this by deepening classical music and symphonies in particular, making it possible to express more meaning through music. It's a bit like the difference between telling a story around a campfire and reading a novel. A campfire story is (hopefully) good entertainment; a novel is a deep immersion and can carry a lot more meaning, impact and significance. Beethoven turned classical music (and particularly symphonies) away from just being good entertainment and more towards being a true and significant art form, capable of deeply immersing the listener.

• Beethoven’s Big Bash is on at the Dunedin Town Hall, at 7pm, tomorrow.