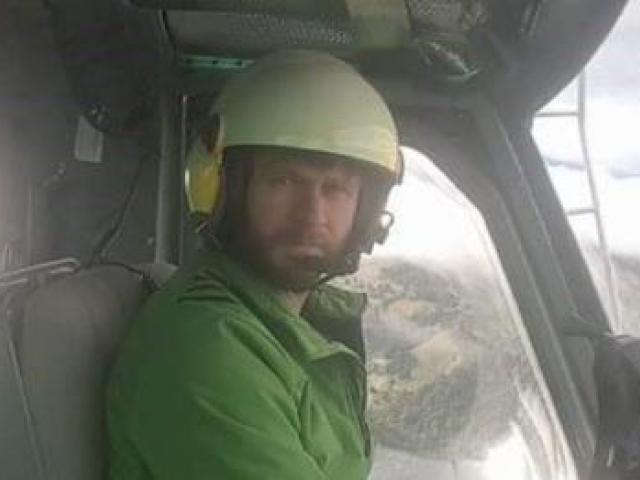 Ian Pullen. Photo: Twitter
The suspended driver who ran over a helicopter pilot - who had arrived hours earlier in Australia to help fight bushfires - and left him for dead has been jailed for three years and two months.

Newcastle District Court Judge Roy Ellis on Tuesday said Joshua Knight's conduct when leaving his victim, Ian Pullen, to die by the side of the road was "morally reprehensible".

Knight (31) and Nicole Mason (32) a passenger in the Toyota HiLux that hit Mr Pullen (43) outside Singleton in September 2018, were initially charged with murder after being accused of returning to the scene to "finish the job", with Mason allegedly striking the pilot in the head with an object.

The murder charges were later dropped after a forensic pathologist concluded Mr Pullen would have died from his injuries within 30 minutes of being knocked down, with or without medical help.

The New Zealand pilot had arrived at Newcastle Airport at 4.50pm on September 28, 2018, before heading to Singleton for dinner.

Police said Mr Pullen was later seen to be intoxicated and stumbling along Carrington St on his way to his accommodation at Wylands Caravan Park at about 4.15am.

Knight was driving his 4WD when he saw Mr Pullen standing on the road and braked but struck the pilot. Mr Pullen was only 20 metres away from the caravan park.

Knight stopped the vehicle and got out with Mason to check on Mr Pullen, who was still alive, before driving off without trying to help the seriously injured pilot.

Knight was not arrested until February 2020.

In a victim impact statement read to the court on Tuesday, Mr Pullen's wife Vicki said Knight had destroyed her life and the lives of her children.

Mrs Pullen said the couple had been together for 25 years, her husband was her best friend and she had stood by to help him pursue his dreams to become such an acclaimed and respected pilot.

She said his death had resulted in her losing their home because she had no income and she had had to fight breast cancer last year without him.

The fact it took more than three and a-half years for Knight to admit what he had done and plead guilty made her feel disgusted in the human race, Mrs Pullen said.

Defence barrister Paul Rosser QC said what Knight had done was "reprehensible", "despicable" and "an act of bastardry", but Mr Pullen would still have died even if Knight had called an ambulance.

"Objectively, nothing could be done," Mr Rosser said.

Judge Ellis said it was not known if Mr Pullen was conscious after being run over or if Knight could have done something to ease his suffering if he had stayed with him before he died.

Defence barrister Peter Krisenthal, for Mason, said she had been battling her own illicit drug use at the time Mr Pullen was run over.