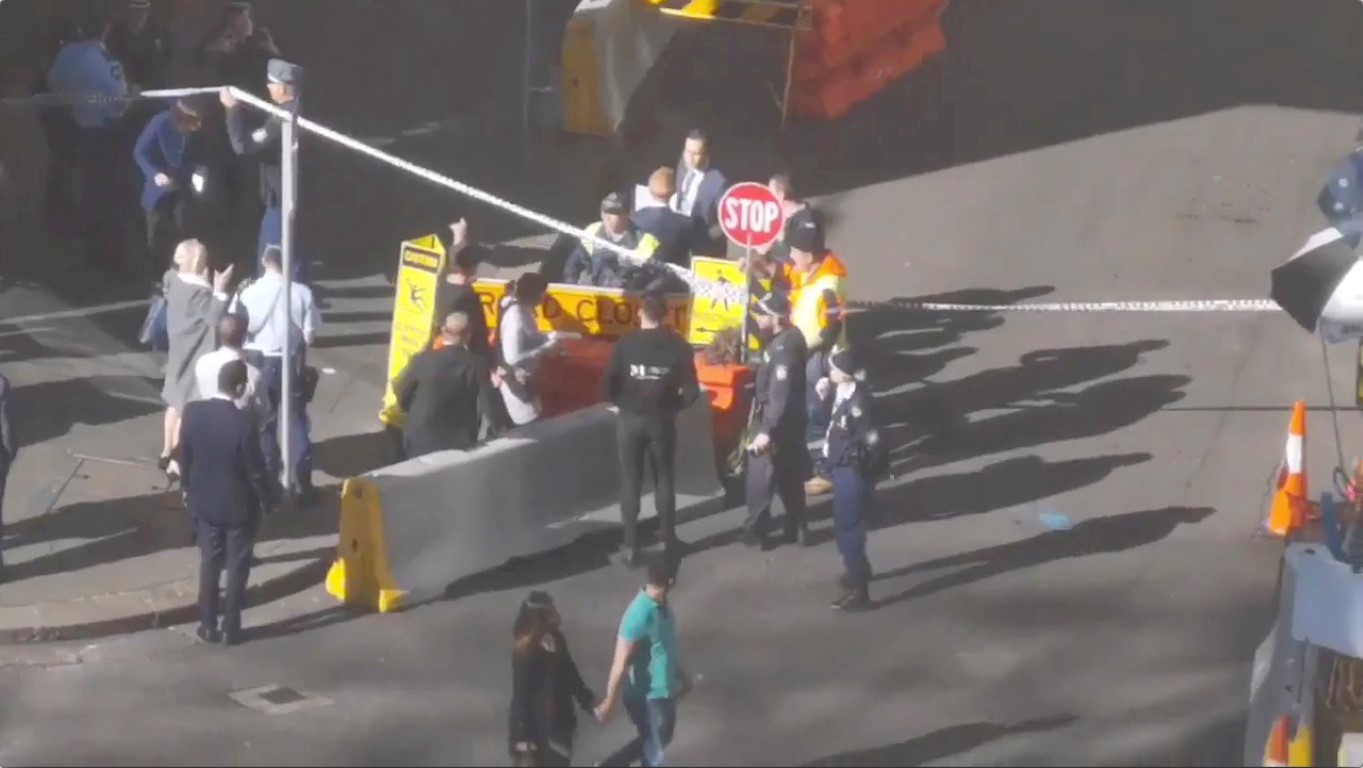 People walk past security officers standing around a barricaded area following reports of a stabbing incident in Sydney. Photo: Twitter @THEBORINGGIT via REUTERS
Authorities believe a 21-year-old man who went on a stabbing rampage in Sydney's CBD earlier killed a woman in a nearby apartment but they say the attack wasn't a terrorist incident.

The Marayong man was arrested on Tuesday after he allegedly stabbed a 41-year-old at the Hotel CBD about 2pm and then tried to stab countless others as he wandered the streets.

Police subsequently discovered the body of a 21-year-old woman at a Clarence Street apartment.

"All the evidence we have at hand would link these two crimes," NSW Police Commissioner Mick Fuller told reporters.

Video footage shows the man, who was armed with a large butchers knife, yelling "Allahu Akbar" on Sydney's streets.

#BREAKING: Police have confirmed a woman has been found dead on Clarence St in Sydney’s CBD. #9News

It's believed to be linked to the stabbing attack: https://t.co/Gj4vDmuSFT pic.twitter.com/65aiZtuiMY

But Mr Fuller says Tuesday's rampage is "not currently classed as a terrorist incident" by authorities and the "lone actor" had no links to terrorist organisations.

He did, however, have "some ideologies in relation to terrorism", the commissioner said.

"There was certainly information found on him about other crimes of mass casualties and mass deaths around the world," Mr Fuller said, adding the material was found on a USB drive.

The man, who's under police guard in hospital, had a history of mental health issues.

Initial reports came through to police about 2pm that a man armed with a knife and wearing a balaclava was on King Street.

The 41-year-old woman was stabbed in the back in a random attack, detectives say. She's in a stable condition in hospital.

Three members of the public who detained the attacker were "highest order heroes", the commissioner concluded.

He said while police weren't looking for any other offenders they couldn't discount coming across other crime scenes as the investigation continues. 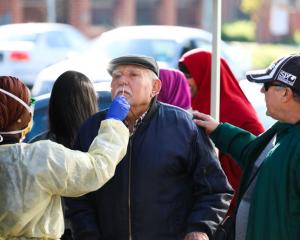 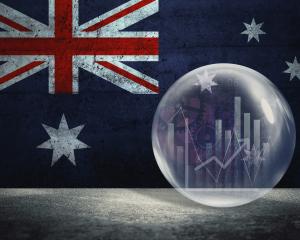 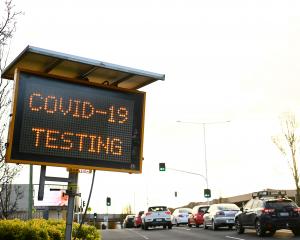 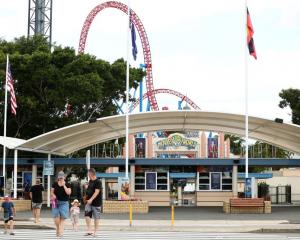