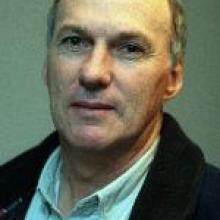 Associate Prof Peter Milburn, of the university's School of Physiotherapy, said older athletes had not been well researched as a group. Much more study worldwide had gone into younger competitors.

Despite the growing popularity of the Masters Games, little was known about participating athletes, including why they competed, as well as how they trained and managed injuries, Prof Milburn said.

Three hundred competitors filled out a questionnaire investigating their motivation for taking part and what made them continue or take up sport in later life.

They were also questioned about their health status, the nature and degree of their training and the nature of any sports-related injuries they had had in the past 12 months.

The research was being conducted by the physiotherapy school in collaboration with the university's School of Physical Education.

The researchers were also liaising with Sparc, the Government sport and recreation agency, as well as the Accident Compensation Corporation. Much of the data analysis was being done this month.

Publication in international journals was also likely. The data would also contribute to the development of specific training and injury prevention guidelines and strategies aimed at the ‘‘growing cohort'' of athletes taking part, he said.

Developing training guidelines was likely to increase participation, with more athletes likely to take part if they could do so safely.

‘‘One of the reasons we're reluctant to participate is fear of injuring ourselves,'' he added.
A second strand of the research has focused on football, a major sporting code at the games.

Two hundred participants in the games football tournament were surveyed about their training practices and injury profiles, past and present.