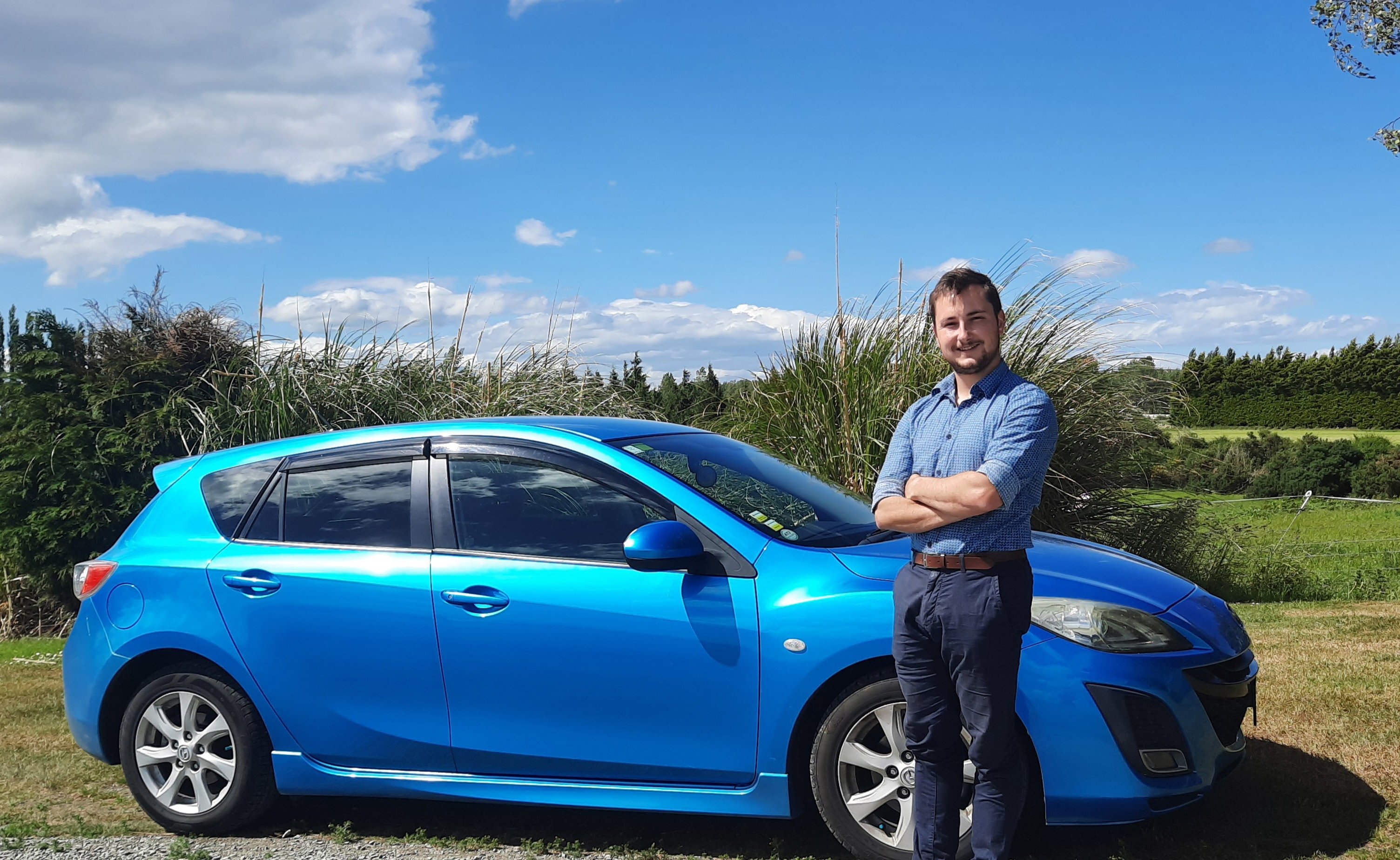 Jesse Miller with his Mazda Axela car in Lumsden, during his holiday road trip to Dunedin. PHOTO: SUPPLIED
After a 3000km southern road trip, University of Otago graduate Jesse Miller is disappointed but philosophical that the Dunedin graduation event he travelled so far to attend was postponed today.

‘‘I can’t help but laugh because crying is not going to do any good,’’ he said.

Mr Miller (22) completed a three-year bachelor of radiation therapy at Otago University last year and since has been working at a radiation treatment oncology centre in Tauranga.

He was to have graduated in person in May, but instead opted to graduate in absentia, because Covid-19 lockdown requirements meant ‘‘in person’’ graduations were off.

And he was to have attended an ‘‘acknowledgement’’ ceremony, which was scheduled to be held at the Dunedin Town Hall at 1pm today.

The university said it had received the threat electronically earlier in the week and advised of the postponement  - which affects 553 students - in a statement today.

Mr Miller was ‘‘pretty disappointed’’ and frustrated that the 11.30am capping procession and the ceremony had had to be called off, but appreciated that the right thing had to be done in security terms.

Mr Miller also recently learned that the had won an Angela Allen Travelling Scholarship, worth $5000, for the student gaining the highest aggregate mark throughout their radiation therapy degree studies last year.

He had greatly enjoyed the more than two week road trip in his Mazda Axela, south from Tauranga.

And he had visited his mother, Kath Miller, and sister in Lumsden and driven them through to Dunedin for today's event.

He had met a couple of former university classmates and photographs had been taken of him in his capping regalia.

Despite the disappointment, he and his mother and sister would be dining out tonight to celebrate the graduation, he said.