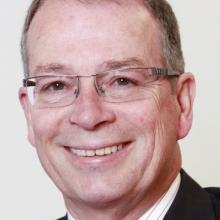 Mike Harte.
The University of Otago’s $28 million data network upgrade is running years behind schedule and millions of dollars over budget.

Its "future state network" project was launched in 2013 with the expectation high-speed fibre and wireless internet would be rolled out across the campus by the end of last year and cost $22 million.

Three weeks into 2017, the project is  $6 million over budget and the roll-out of wireless has been put on hold while a business case requesting further funding is put together.

According to the university’s website, it aimed to have 238 buildings connected to the new Wi-Fi system by the end of 2015 — the last time its targets were published — but as of today only 60 buildings had been connected.

Information technology services director Mike Harte said the installation of cabling for the Wi-Fi  network ‘‘hit compliance issues that had a dramatic impact on the speed of the rollout’’.

The need for ‘‘fire protection’’ work associated with putting cabling in  walls added to the complexity and $6.2 million in extra funding was approved in March 2015 to allow for this work. Installation had to stop in some buildings while asbestos was removed and a  potential need for earthquake strengthening  also delayed the project.

The recent delay was due to the project being put on hold, after the $28.24 million was used up, while a business case for more funding was developed.

If the request was approved, the rest of the roll-out would be completed, but as a time and cost estimate had not been done, a ‘‘definite date’’ for completion was not available.

Mr Harte did not believe the  targets were too ambitious.

‘‘We did have aggressive targets but as the project proceeded some complexities and issues arose which impacted on the timeline and design.

‘‘It is fair to say that until you get into a building and start installation,  you really do not know what you will find.’’

Despite the setbacks, the university was happy with the work carried out on the network, including by contractor Dimension Data.

‘‘The university is disappointed that the new network has not been completed by now. However, the installations undertaken to date offer students and staff a widespread and high-capacity wireless network service.’’

‘‘There are, however, a number of significant buildings still to be done, which include residential colleges, [and] the College of Education buildings.’’In the second semester last year, the new network accommodated more than  12,500 simultaneous connections.

Other parts of the network upgrade had gone more  to plan. The new network core and fibre optic cabling were completed ‘‘more or less on time and on budget’’.The new network allowed for ‘‘very high-speed data transfers’’, which met the needs of research projects involving the transfer  of large amounts of data.

Oh my...INCIS sure did start a trend. When will these institutions learn from the disasters of the past? I am laughing hollowly at the inevitability of all this and wondering just how much the people managing this mess are being paid and why they still have a job.

This beggers belief. Humanties lecturers and associate professors made redundant even though they did their jobs well, yet the head of this outfit still smiles. Of course, all those scholars made redundant can marvel at the massive spending on buildings over the next decade and perhaps retrain as carpenters or tilers. This University needs to remember it is scholarship and good people who make the reputation of the institution, not bricks and hit and miss IT projects.