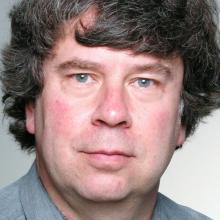 Julian Crane.
A University of Otago study has found a naturally occurring probiotic could reduce cases of gestational diabetes in pregnant women by 68%.

The study into the probiotic,  produced by dairy giant Fonterra, was so successful research would soon be carried out to see if it could prevent pre-diabetes progressing into the full-blown disease.

Gestational diabetes is a temporary condition caused by pregnant women’s bodies being unable to produce enough insulin for both the mother and baby. It is more prevalent in older women and leads to an increased risk of developing type 2 diabetes later in life.  Maori, Pacific Island and Asian women have some of the highest rates.

Prof Julian Crane, of the university’s’s Wellington campus, said the probiotic,  used to make fermented milk products such as yoghurt, was given in capsule form to 194 women from early pregnancy, while 200 women received a placebo.

"Using the current New Zealand definition for gestational diabetes, 6.5% of the women had diabetes in the placebo group, versus 2.1% in the probiotic group.

The protective effects were stronger among older women and those who had previously suffered from gestational diabetes.

Fasting blood glucose was also significantly lower among women taking the probiotic compared with the  placebo.

"This is an exciting result, suggesting that this probiotic may be interacting with the normal gut bacteria in some way to reduce glucose levels in pregnancy."

The researchers had previously shown the same probiotic had effects on the immune system and reduced eczema by 50% in infancy.

One of the most exciting things about the probiotic was the fact it was already found in foods and used to combat eczema.

This meant it would not need to go through the years of trials drugs  did  before being approved for human use.

"This is something that can be used immediately."

The next step would be to investigate whether the use of the probiotic combined with another prebiotic could prevent the progression of pre-diabetes among at-risk adults.

Otago University and Auckland University, which also took part in the original study, had received funding from the Health Research Council of New Zealand, Ministry of Health and the Healthier Lives National Science Challenge to carry out that research.

Fonterra programme manager nutrition and health Dr James Dekker said the research meant a simple, cheap and safe intervention for reducing the prevalence of gestational diabetes could be on the horizon.

"We know that not all probiotics are created equal, and through targeted research we’re finding out how our Fonterra probiotic strains can be used to help people have a better quality of life," Dr Dekker said.