Research not priority over education

The University of Otago is taking issue with a government report which says research takes priority over teaching. 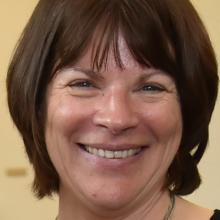 The Productivity Commission’s report on tertiary education, commissioned by the Government and released this week, said the current funding system incentivised research over teaching.

"The performance-based research fund (PBRF) and international rankings incentivise providers to focus on particular kinds of research, and to prioritise investment in research over investment in teaching," the report says.

It goes on to say the Government should conduct a review to consider what changes to the PBRF were needed to address the "imbalance in tertiary education institutions incentives to prioritise research as opposed to teaching".

Vice-chancellor Prof Harlene Hayne said the university was unclear what incentives the report’s writers were referring to that would lead universities to prioritise research over teaching.

"If the report authors are referring to financial incentives, then they are surely mistaken," Prof Hayne said.

Otago University earned more income through research than most universities, but even then its total of $170 million in research funding compared to $400 million in funding for teaching.

"Given that our teaching revenue stream is 2.3 times greater than our research review stream, the financial incentive is to prioritise teaching."

Otago University clearly excelled at teaching, which was shown by it winning the Prime Minister’s Supreme Award for teaching for the past five consecutive years.

"In fact, at a world-class university, teaching and research are interdependent, so it is not a case of prioritising one or the other, it’s a case of maximising the synergies between the two."

Prof Hayne also disagreed with a number of other recommendations, including one to reduce subsidies on courses where graduates went on to earn high incomes.

She said the university understood the sentiment behind the suggestion, but struggled to see how it would achieved in an equitable manner.

However, it did support some of the recommendations, including offering more career advice for students.

Tertiary Education Minister Paul Goldsmith has said the Government will keep an open mind on all recommendations except for putting interest back on student loans.