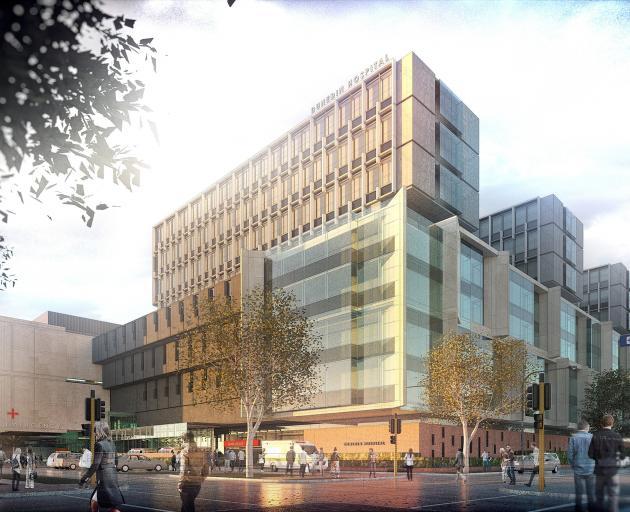 Image: Supplied
The Government has committed to funding for a new Dunedin hospital, but finding the people to build it is proving more difficult.

A new labour market analysis, which assessed the existing construction workforce and how many people were in training, showed attracting qualified staff remained one of the biggest risk factors for the $1billion-plus project, Southern partnership group convener Pete Hodgson said.

"We will need about 900 people over the busiest four or five years and it is not yet clear where they will come from."

From the outset of the hospital build it has been known that finding construction workers for what will be New Zealand’s biggest hospital building project will be an issue, and it is expected some workers will need to come from overseas.

In September the Ministry of Health staged three "market sounding" events for firms interested in contracting for work on the project, one of which was held in Sydney.

The labour market analysis was commissioned a year ago, and a second piece of research examining labour demand in Otago-Southland until 2034 is due to be finished in March.

"It seems certain that we have a longish boom coming our way.

"There is almost inevitably a lack of co-ordination in some aspects of the construction sector, but equally a strong willingness to pull together to maximise the opportunity that the new hospital presents for the region."

However, the issue of where to find so many workers for a long period of time remained.

"There is no doubt that Dunedin will face a tight labour market in coming years, including after the hospital is finished."

The labour market could be tight before the project even begins, the University of Otago last week confirming it was in the "early stages" of considering building a new health sciences building — a project which would run until 2024, if approved.

The new Dunedin Hospital is planned to be built in two stages; the new outpatient building, on the same site as the present Ministry of Social Development premises, is planned to open in November 2024, and the main inpatient block four years later.

In October, Mr Hodgson said a third of the required workforce was already working in Dunedin, another third could be trained locally, but the remaining third would likely be from out of town.

"That has implications for housing and accommodation, also being planned for," Mr Hodgson said.

A new design for the hospital is expected to be released this week, following a further review.

Spade in the ground in the first year aye labour?
Oh right, you changed it to first term.
That one will hardly happen anyway.
And where do you plan to house these people in a place with a housing (own and rent) problem as it is?