‘Security’ for college after U-turn on sale 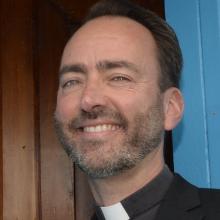 Michael Wallace
A decision by the Anglican Diocese of Dunedin Synod to retain Selwyn College and not to sell it will boost the confidence of college staff and residents in the future.

Anglican Parish of Dunedin North vicar the Rev Canon Michael Wallace welcomed a ‘‘great’’ outcome, which had ended ‘‘a period of insecurity’’ at the college.

Mr Wallace, who is chaplain at the college and a member of the college board, said the synod outcome was a ‘‘very positive decision, very good for the college’’.

‘‘It gives everyone confidence and a sense of security,’’ Mrs Stevens said.

‘‘It’s a positive thing for everyone: the university, the church and the college itself.

‘‘We are an important part of providing beds for the University of Otago.’’

The synod on Saturday voted to keep Selwyn and not sell it, reversing a decision to sell made in 2018.

Mrs Stevens acknowledged that college staff and residents had previously experienced considerable uncertainty about the future, including for staff whose positions might not have all been retained in a possible change of ownership.

Earlier last week, Mrs Stevens indicated that the college board of governors would oppose the sale of the 1893 Dunedin residential college.

She had said she would put forward a strong argument for the diocesan council of the Anglican Church to retain the Castle St college at the morning meeting at St Matthew’s Church at the weekend.

The college provides accommodation for 170 first year students and a further 30 returning students.

On Saturday, when the synod met to consider the future of Selwyn College-Te Maru Pumanawa, a first motion, which envisaged negotiating a sale of the college, was lost.

This motion envisaged that the synod would authorise the Dunedin Diocesan Trust board, at the specific direction of the diocesan council, to negotiate a sale of the business and buildings of the college.

The synod approved two other motions, including one that the synod affirmed the potential for the college ‘‘to witness to its foundational character and to the Anglican five marks of mission’’ by keeping the college under the following conditions:

- That the college and diocese commit to creatively develop governance and management structures as suggested in the Selwyn College - Te Maru Pumanawa Consultation Panel Report.

- That the college and diocese undertake a strategic planning process to identify and plan the development of special character and mission, in reference to the Models outlined in the Selwyn College - Te Maru Pumanawa Consultation Panel Report.

- That an outside facilitator be identified by the college and diocese to assist in this planning process and ensuring the recommendations of the above report are taken into consideration.

The synod also supported a further motion containing several further ideas for potential future developments at the college, including the ‘‘development of the cathedral crypt (or similarly identified central space) as a leadership training centre and minster to the diocese’’, and the development of a community-facing youth mission.