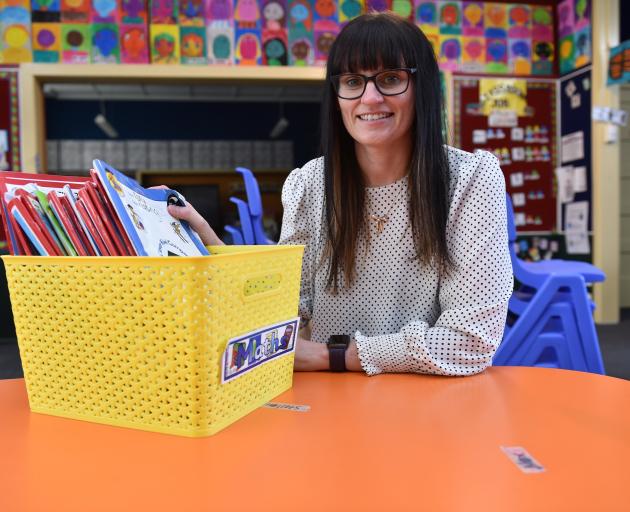 Pine Hill School principal Mel Ward prepares one of her increasingly busy classrooms for the start of term 4. PHOTO: GREGOR RICHARDSON
For the first time in more than two decades, Pine Hill School’s roll is trending upwards, which has caught the eye of the Ministry of Education.

Principal Mel Ward said the Dunedin school’s roll had increased to 47 pupils in July and in recognition of the school’s growth, the ministry had given permission for the school to employ another teacher and open a third classroom next year.

Normally, the ministry would not allow a school to open a third classroom until its roll had risen to 51.

"The ministry has recognised that each year, our roll has continued to grow as the year goes on," Miss Ward said.

"We are predicted to break the 51-pupil mark next year.

"So it’s really exciting for the school. It’s awesome."

It was "quite possible" a fourth classroom would need to be opened by 2022, she said.

The school accommodated up to 250 pupils in the 1980s but that number had gradually fallen to just 21 in 2017, working in just one classroom.

However, the school’s fortunes started to change with the arrival of Miss Ward.

Since 2017, the school’s roll has trended upwards again and a second classroom has been opened.

She believed word of mouth and great community connections were prompting many parents in the area to send their children to "the school in their backyard", rather than to schools elsewhere in the city.

"The numbers were getting pretty low there for a while. It’s just great to have been able to turn the school around.

"A real key element has been building relationships with people and getting to know families and showing that you care — just showing that we’re there to help and support our community.

"All it has taken is one or two parents to come and look at the school, and then the word of mouth started."

It was something she hoped would continue.