By John Lewis
0 Comments
Ghuson Fashwel is overwhelmed by the outpouring of community support her family is receiving, and feels "lucky to live in New Zealand" after her Mosgiel house was destroyed by fire last week.

"I am very speechless by the level of support.

"I feel really special and lucky to be in New Zealand, and to have the support of people we don’t even know."

A Givealittle page set up by a family friend has already raised nearly $4000 to help buy clothes, school supplies, household items and food. 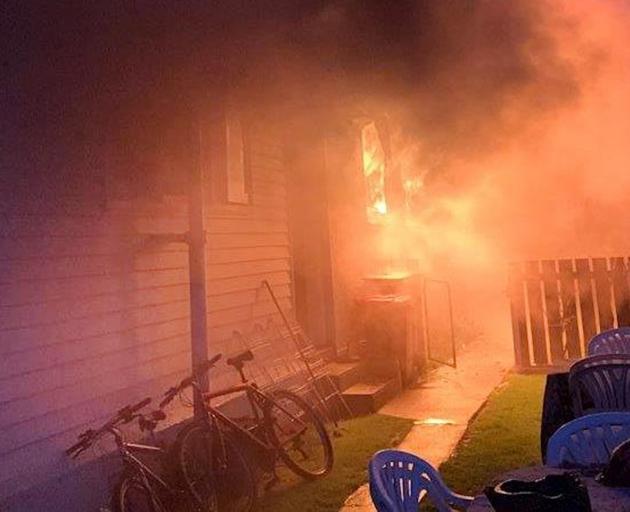 Flames and smoke pour out of the Fashwal family’s house in Oban St, Mosgiel, during a blaze that destroyed their home last week. PHOTO: SUPPLIED

There has also been a constant stream of Dunedin and Mosgiel residents offering furniture, clothing, pots and pans, and other items to help the family get back on their feet.

The mother of four said they had been living in their Oban St house for about two years, and her husband Walid was particularly upset as he had spent much of his spare time renovating to make the Kainga Ora house their "home".

The fire is believed to have started in the kitchen. Within minutes, it had engulfed much of the wooden house, destroying all but the clothes on their backs, she said.

The family has no insurance, and the day was doubly distressing because Mrs Fashwel’s mother died in Syria earlier that day.

Rebuilding their lives would be difficult, but the community’s support was making the whole experience much easier to cope with, she said.

She was tearful when describing how neighbours had been emotionally supportive, providing food and clothing, and people from as far away as Auckland had called to offer help.

The family is staying at a Dunedin motel at present, and it is hoped they can be in a new house before year-end.