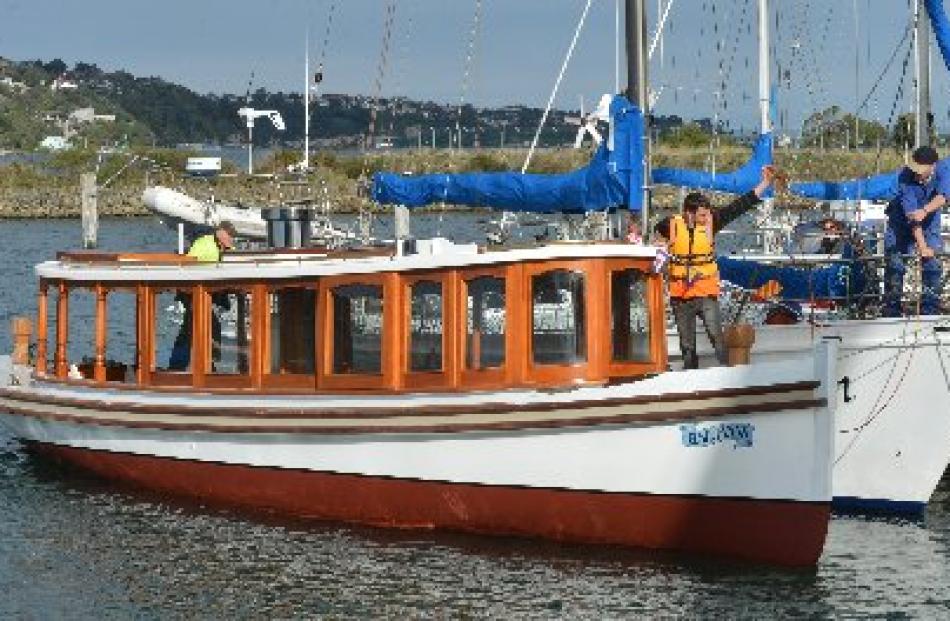 Elsie Evans shows off its classic lines yesterday, afloat again in Otago Harbour for the first time in 51 years. Photo by Gerard O'Brien. 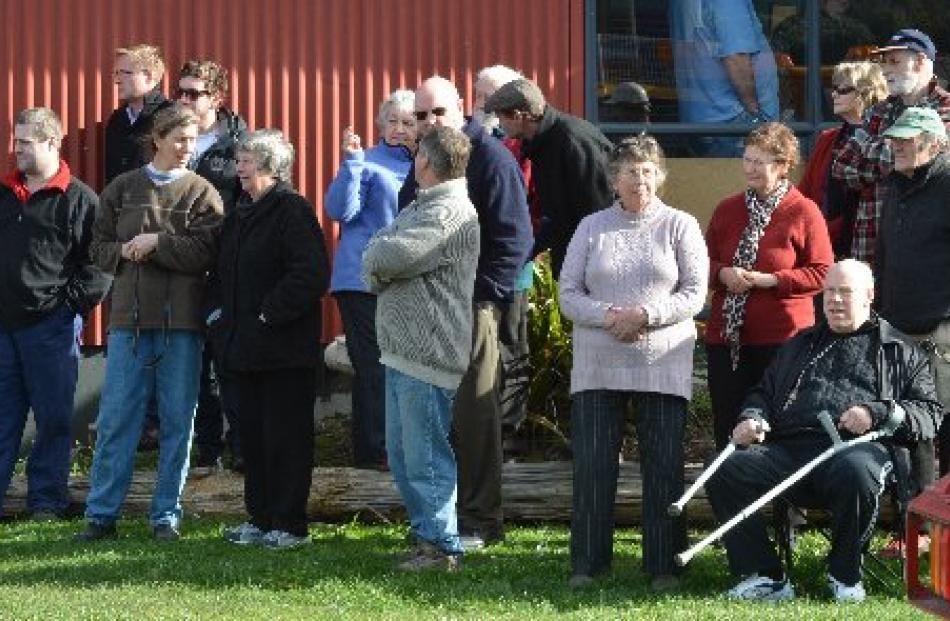 Onlookers watch the launch of the restored ferry yesterday. 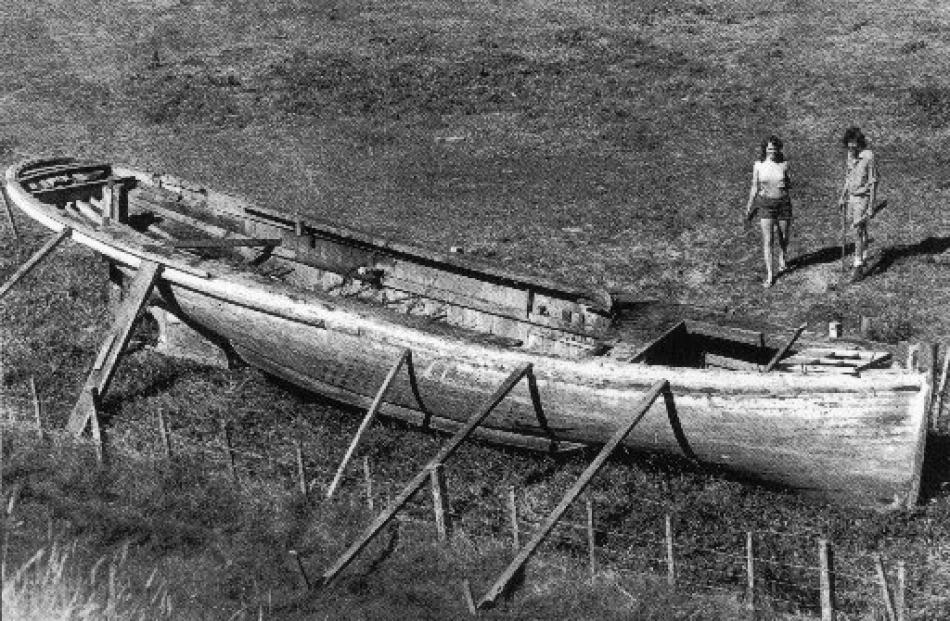 Sandra Carlson and John Sutherland examine the vessel's remains at Portobello in 1978. 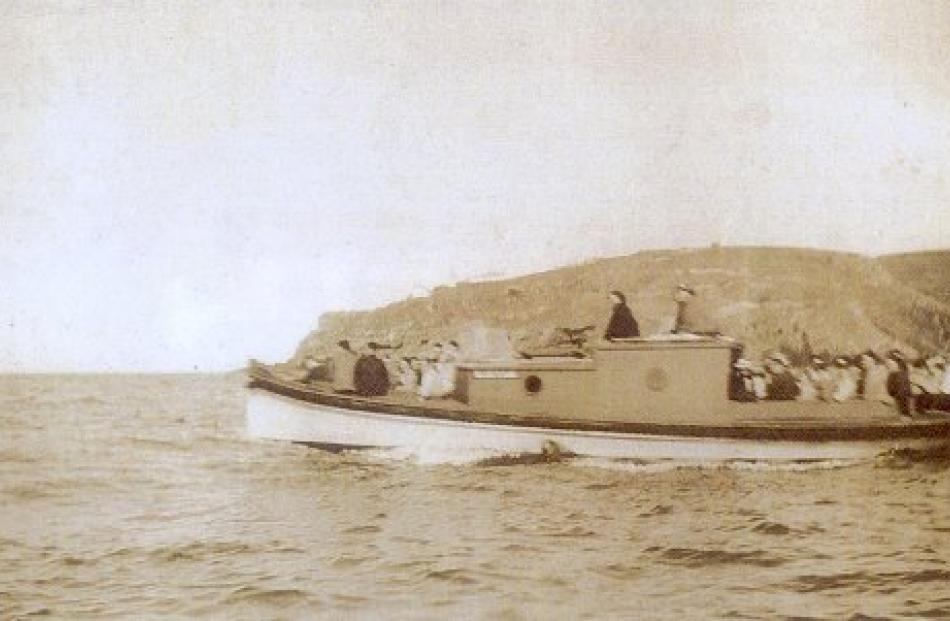 It has been a long time between fares for New Zealand's oldest passenger ferry.

Elsie Evans returned to Otago Harbour for the first time in more than 50 years just after noon yesterday, to cheers and applause from about 60 enthusiastic onlookers.

The 112-year-old ferry was all polished brass and gleaming coachwork as it sat swan-like and proud after being lowered by crane into the basin.

It was a particularly poignant moment for John Sutherland, of Portobello, who discovered the boat in 1974 where it had been rotting away for 12 years under a macrocarpa hedge in Waihola.

''It's excellent. It's a dream come true. It's been been worth every bit of all the effort that's gone into it,'' he said.

Shirley Parsons (85) recalled, as a schoolgirl in the 1940s, using the ferry daily from Portobello.

''There was no traffic on the peninsula in those days and my sister and I would take turns on the horse and the bike, with whoever was on the bike holding on to the horse's tail.

"The ferry cost 1/6 return for your ticket and you could also get into the picture theatre with that.''

The relaunch was also nostalgic for Miles Notman (65), of Dunedin.

''My Mum [Nita Notman] always loved Elsie Evans. She used to take it every day to get to school from Harwood.

"She'd ride her horse to Portobello, take the ferry to Port Chalmers and then the train to Dunedin. A lot of people had to make an effort to get places back then,'' he said.

''I used to visit Quarantine Island on it, where it went every day to get goat's milk for the premature babies at the Karitane maternity hospital in Andersons Bay. I think we're very lucky to have her. I'm over the moon about it, actually. I think it's just wonderful.''

The project had cost $460,000 so far, with another $6500 needed for stability testing and surveying, Otago Harbour Ferry Inc chairman Shem Sutherland said.

''I'm pretty thrilled to see her back in the water. She's part of Dunedin history.

"The last time she was in the water was when she was lifted out of the Rattray St Wharf in September, 1962. We hope to have her back operating in the harbour by early next year.''

The ferry would be berthed alongside Monarch and operate down the eastern channel, between Glenfalloch, Broad Bay, Portobello and Port Chalmers, he said.

Elsie Evans was the last of a ferry tradition on Otago Harbour, which was the primary form of freight and commuter traffic from 1859 until the opening of the Dunedin to Port Chalmers railway line in 1873 and Portobello low road in 1913.