$18m to be spent on court upgrade 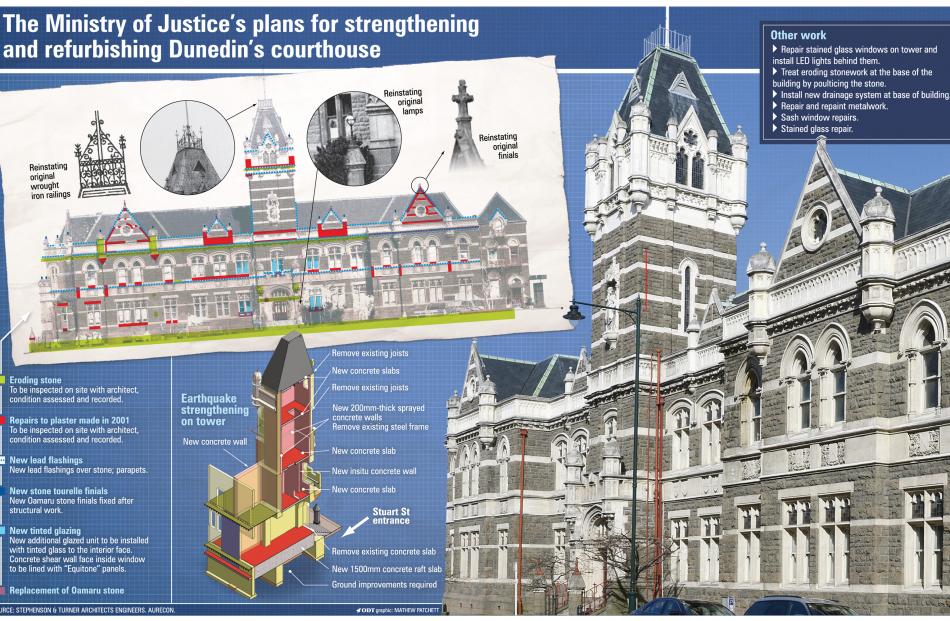 Refurbishing and strengthening Dunedin’s historic courthouse is expected to cost more than $18 million, according to a building consent approved by the Dunedin City Council.

The consent includes detailed designs that council building services manager Neil McLeod says involve some of the most extensive earthquake-strengthening ever undertaken in the city. 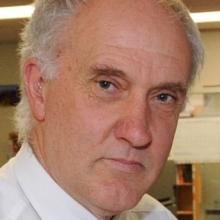 Neil McLeod.
The plans also show the extent to which the Ministry of Justice plans on returning the building to its former glory.

Original details, including circular lamps at the Stuart St entrance and  wrought-iron railings around the top of the tower, will be reinstated.

The ministry’s consent application valued the work at $18.57 million, but the figure was an estimate and did not include work that did not require a consent, which  could include some cosmetic and maintenance work and the installation of IT equipment.

The ministry and Justice and Courts Minister Amy Adams had previously said the work was expected to cost more than $15 million.

Mr McLeod said the plans showed just how complex  the job to earthquake-strengthen the 114-year-old building was.

"The building’s large and complicated; it’s got a high tower and a lot of mass."

The plans included installing "diaphragm floors" throughout the building, which involved adding structure to floors and connecting them with the walls.

"Rather than having the walls act independently of each other, they are tied together so you get this much more rigid box-like structure."

That would radically improve its performance in the event of an earthquake.

"That’s what you don’t have with old unreinforced concrete masonry buildings;  they rely very much on gravity just to hold everything together."

It would be among the largest strengthening projects  undertaken in Dunedin.

"It will be right up there and that’s simply because of the size and nature of the building."

"You’d have to suggest it is being extensively retrofitted and upgraded."

The plans would bring the building to a minimum of 70% of new building standard for earthquake strength.

Consent officer Grant Sutton, who processed the  courthouse application, said  the foundations of the building were being reinforced.

A mixture of steel and concrete was being used for strengthening.

Ministry commercial and property general manager Fraser Gibbs declined to comment on how close the $18.57 million figure would be to  the final cost, saying that while negotiations with tenderers were  being held, the full costs of the project "must remain commercially sensitive".

"However, we want to assure the people of Dunedin and Otago that there are good reasons for the time taken to commence work on strengthening the city’s historic courthouse.

"We have undertaken significant work to not only ensure the building will be seismically stronger but also to ensure it has the best possible technology, while respecting its heritage features and preserving its long-term future."

It had carried out a competitive tender process to ensure New Zealand taxpayers would get the best possible price for their investment.

Dunedin historic building owner Lawrie Forbes was keen to congratulate the Government for  proceeding with the project.

He said it was going to "extreme lengths" to make sure people were safe in the building.

It was not surprising the figure on the consent was more than $15 million.

"The moment they said $15 million they had  already put the line in the sand, they already said to the architects, they had said to everyone, let’s see how we can spend $15 million.

He believed a private property owner would have looked for ways to do the work for a lower price.

When the ministry first lodged its consent application it valued the work at $1.857 million, but after the Otago Daily Times queried the figure this week the council learnt from the  ministry it had  made an error regarding the decimal point.