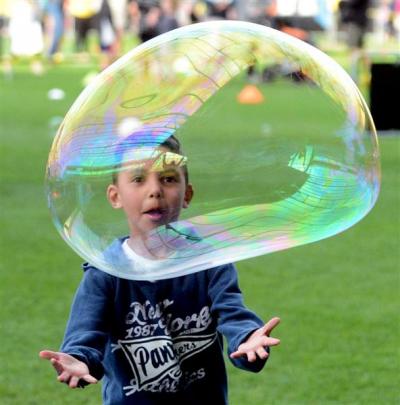 Tyler Malcolm (6) enjoys the giant bubbles at the Light Party. 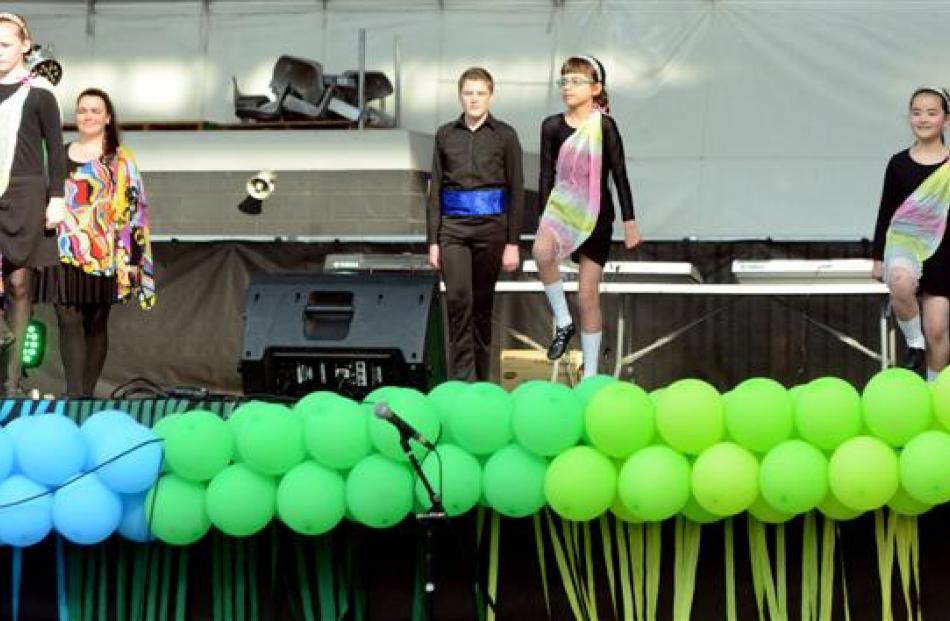 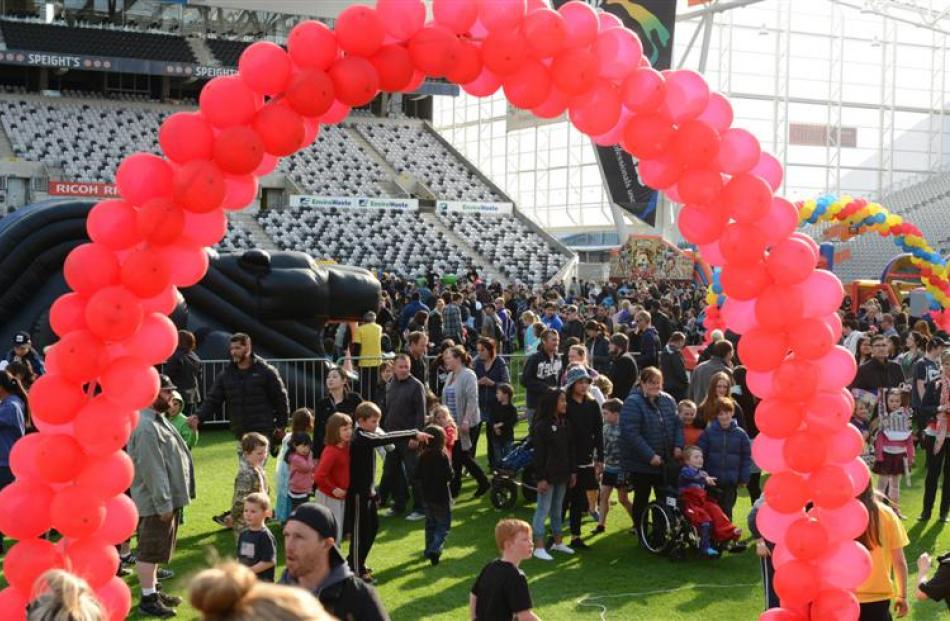 A crowd of about 5000 attended the Dunedin Light Party at Forsyth Barr Stadium on Saturday. Photos by Linda Robertson. 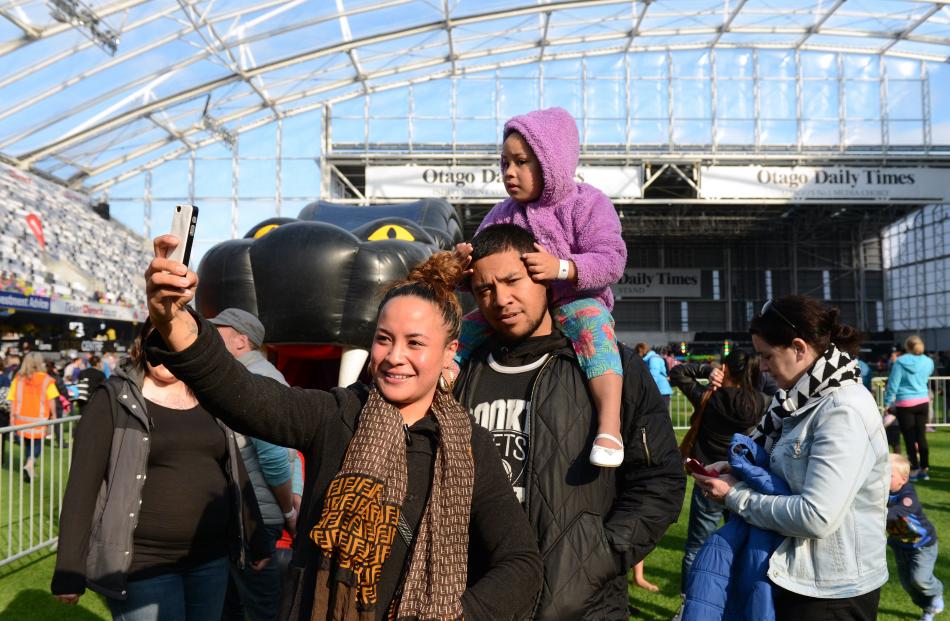 An alternative to Halloween with a focus on family and community spirit attracted more than 5000 people to Forsyth Barr Stadium on Saturday evening.

''The kids loved it, they just loved it,'' Mr Hardy said.

The activities organised to entertain the 2000 plus children who attended including 16 bouncy inflatables, a sausage sizzle, various games, stage performances and two Guinness World Record attempts.

The world record events featured the largest number of people popping bubble wrap in a two minute period and the most people making a heart shaped hand gesture.

Both records were broken unofficially.

A total of 2850 people popped bubble wrap continuously, beating the previous record of 2681 held by the Boy Scouts of America, and 2400 made a heart shape with their hands, smashing a Japanese record of 970.

''No matter how old you are, working together you can do great things,'' Mr Hardy said of the records.

The annual event has been hosted by the trust for the past three years but has been running since 2001.