The Dunedin Athenaeum. Photo: ODT files
A $21.5 million theatre seating 350 to 450 people could be built in the Octagon.

Dunedin city councillors have identified the Athenaeum building in central Dunedin as their preferred site for a mid-sized theatre, but redevelopment of South Dunedin’s Mayfair Theatre is an alternative option.

Two other sites in central Dunedin — Sammy’s in Crawford St and the former Fortune Theatre in Stuart St — have been ruled out.

Development of a mid-sized theatre is not yet certain, but the project has been included in the council’s draft 10-year plan for public consultation.

Councillors decided at a meeting last month to include the project in the draft plan.

The meeting was not open to the public. 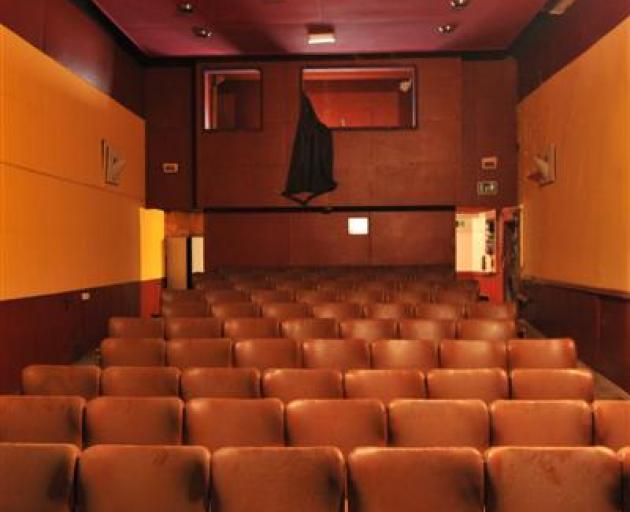 The Athenaeum is owned by Zeal Land Ltd and the council could pursue a partnership with the company.

The building hosts a library that has been in existence for 150 years and it is not known if the library would seek an alternative site or still be accommodated within the building.

Athenaeum building owner Lawrie Forbes, a heritage enthusiast, said his vision for the building was to have it rejuvenated and reused.

Alternatively, the council could work with the Mayfair Theatre Charitable Trust to redevelop its theatre and possibly buy its building.

Both are heritage buildings and would need big changes to make them fit for purpose.

The Fortune Theatre, which put on professional theatre productions, closed its doors in Stuart St in 2018.

Council community services general manager Simon Pickford said developing options for a mid-sized theatre followed the Fortune’s closure and a study by the council and Creative New Zealand looking at the future of the performing arts in Dunedin.

A theatre of such size could plug the gap between the Regent Theatre and smaller venues and cater for the needs of touring performing arts companies, he said.

The 10-year plan is subject to public consultation, which begins in late March, followed by further council deliberations, before the plan is signed off in June.

So we need a 10% rate increase and we need to spend 21 million to plug a gap in theatre sizes????

Get rid of this lot

Dinna fash. The theatre is a nice to have, not a certainty. Touring performers. Yet, one gets the impression that there is a well heeled cohort in Dunedin with discretionary spending.

Fortune theatre collapsed because no one was going to their shows. So now ratepayers need to build another under utilised place for the handful of theatre companies that want a free venue.

The DCC purchased Sammys only a couple of years ago with a view to turning it into a new theatre to replace the old Fortune. Now they don't want to use it! It would be much better upgrading the Mayfair which can seat 400 people and gets used frequently by the community. $21 million is far too much.

You can thank Mayor Hawkins for buying that effing dump,he thought it as a good idea in 2017.

Just subsidise the Regent on a per show basis to make it affordable to arts organisations. Put the savings back into Aurora you milked for so long.