$2.5 million asked for over two years 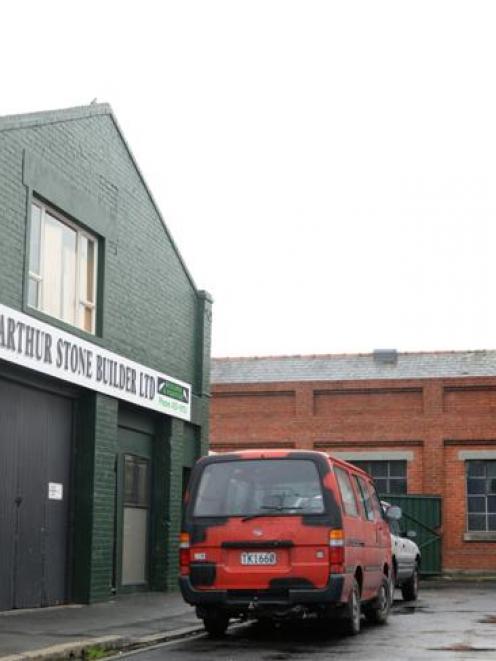 The Arthur Stone Builder site in Brandon St, South Dunedin, adjoining the Dunedin Gasworks Museum, which the museum trust sees as a potential site for expansion. The gasworks chimney can be seen in the background. Photo by Peter McIntosh.
The trust running the Dunedin gasworks museum says about $2.5 million of council funding is needed over the next two years to address critical maintenance and development issues.

Among the developments could be the council buying a neighbouring property and allowing the museum to expand, trust member Ann Barsby said.

The Arthur Stone Builder Ltd site adjoining the on the southern boundary was on the market and was believed to have a market value of between $300,000 and $400,000, she said.

"This is a once-only opportunity to secure this land and protect the museum and the Stones building. It could be used for storage or as a display space.

There is no way we can tell all the stories behind the gas works at the moment. Nor can we display all the brilliant gas ovens in our collections."

The museum, which has been praised nationally and internationally, is located at the former Dunedin Gasworks site in South Dunedin. The the works had operated from 1863 to 1987.

The Edwardian engine house and boiler house was restored two years ago at a cost of $900,000.

The council has included a $50,000 museum maintenance grant in its 2012-13 budget, but Mrs Barsby said more was needed - $2 million over the next two years for earthquake-strengthening and to arrest deterioration of the buildings, $65,000 to upgrade the toilets, and $25,000 to fund a part-time curator.

That was exactly the same amount the trust had asked for at last year's annual plan hearings.

A curator, she said, was essential.

"We need a person other than a volunteer who is responsible for the administration and for putting the museum on a professional footing ... We are aiming to be a first-class attraction."

The trust was also seeking $35,000 of council money to go towards a major festival marking the gasworks' 150th anniversary next year, she said.