300-plus rooms in new blocks 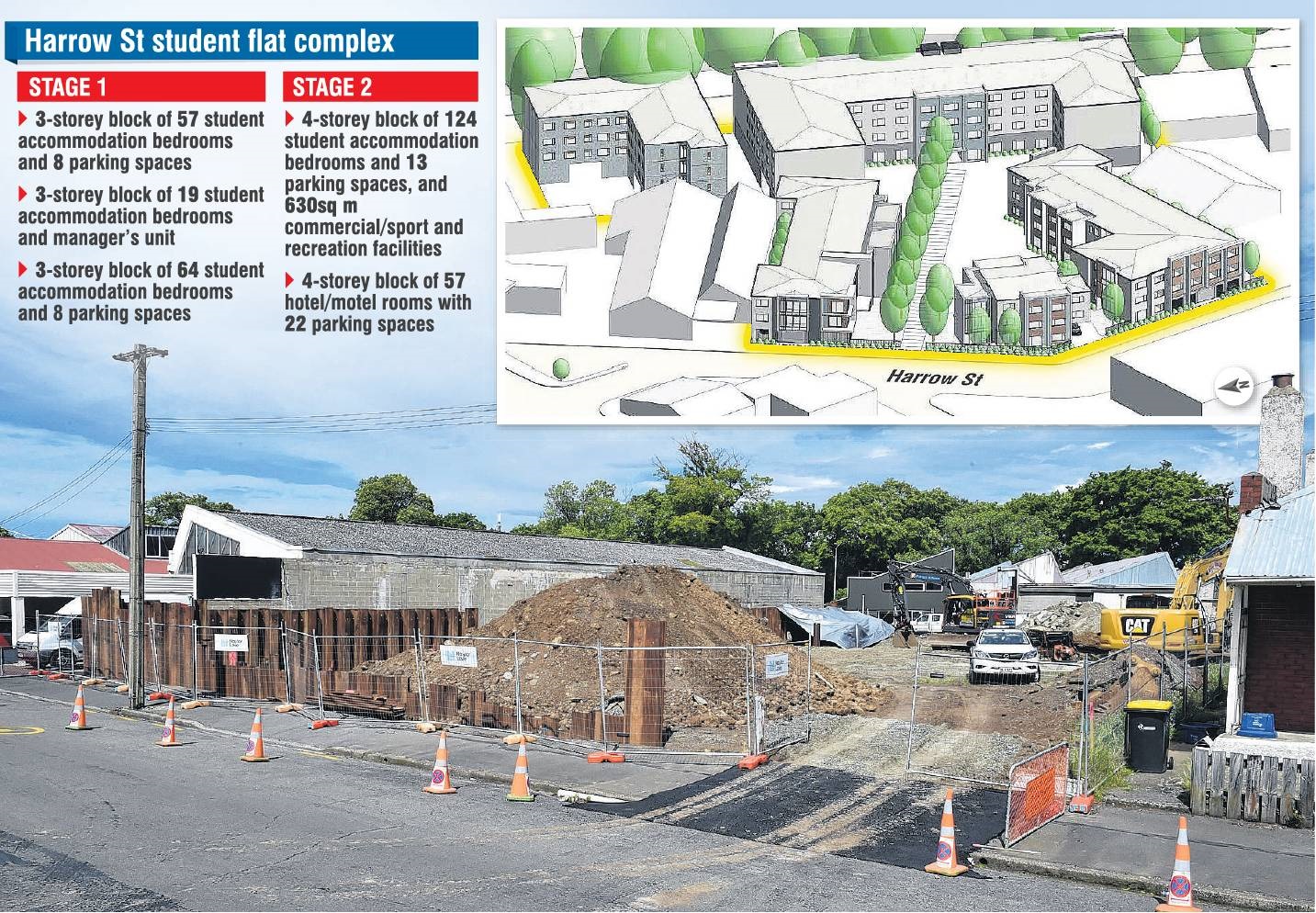 More than 300 rooms of student and visitor accommodation are coming to Dunedin’s university quarter after construction began on a private student hostel and hotel complex in Anzac Ave yesterday.

A resource consent issued for the Anscombe Village development reveals there will be five multi-storey blocks built on the site.

An excavator has been at work on the site as earthworks began. 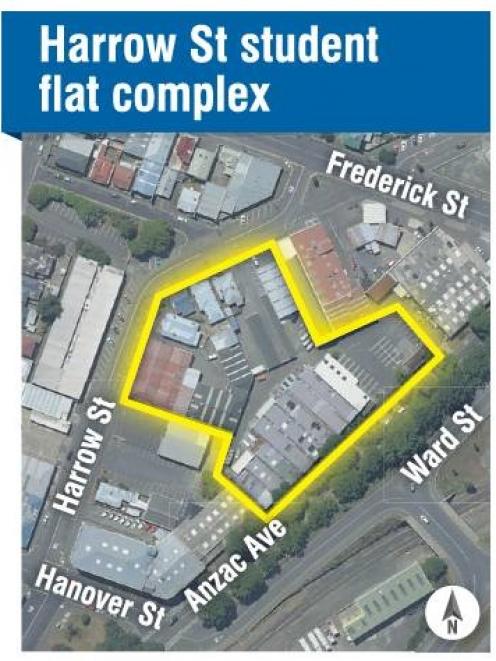 Four of these blocks are earmarked for 264 rooms of student accommodation, while the fifth block will host 57 hotel or motel rooms.

There will be 29 car parks assigned to the student flats, and 22 for the hotel.

The development was planned in two stages, with three three-storey blocks with 140 student rooms on the Harrow St side of the site being built first.

Developer Tony Clear said the project, which he described as a sophisticated block of student flats, is expected to take three years to complete.

The first stage is projected to be completed by the end of next year and ready to accept students for the 2023 academic year.

The student flats would range from studios through to six-bedroom flats, each unit being fully self-contained.

Mr Clear is one of six directors listed for JKM General Partner No 1 Ltd, a company which is listed as the general partner of JKM OFTB LP, which is the partnership to whom the resource consent has been granted.

The second stage of the development is on the Anzac Ave side of the site and includes a further 124 student rooms, alongside the 57-room hotel.

There were specific conditions attached to the resource consent to protect the row of scheduled trees planted alongside Anzac Ave.

Amended plans for the development which include a 3.5-metre setback from this boundary would need to be prepared by a qualified arborist for council approval before construction on the second stage of construction could begin.

The second stage also includes space for commercial activities, but these activities have not yet been consented for the site.

The consent application said these tenancies would either be the subject of future applications or be used for permitted activities such as dairies or gyms.

Mr Clear said Anscombe Village was named after prominent architect Edmund Anscombe, who was active in Dunedin in the early part of the 20th century.

The Hanover St baptist church and the main block of Otago Girls’ High School are among the surviving buildings designed by Mr Anscombe.