By Grant Miller and Wyatt Ryder
0 Comments
Water in East Otago has been declared safe to drink, but attention has turned to dangers posed by lead in tapware.

People should run a tap for 30 seconds each morning and for about two cups of water before drinking it or brushing their teeth, Southern District Health Board medical officer of health Dr Michael Butchard said.

That advice was issued after residents of Waikouaiti, Karitane and Hawksbury were told yesterday it was safe to drink their tap water again, after a six-month break following the detection of intermittent spikes in lead.

However, it was recommended that people continue to avoid drinking tap water at Karitane School and at the Waikouaiti Golf Club.

Karitane School board of trustees chairwoman Jane Schofield said taps at the school were tested and the Ministry of Education would determine what response was needed. 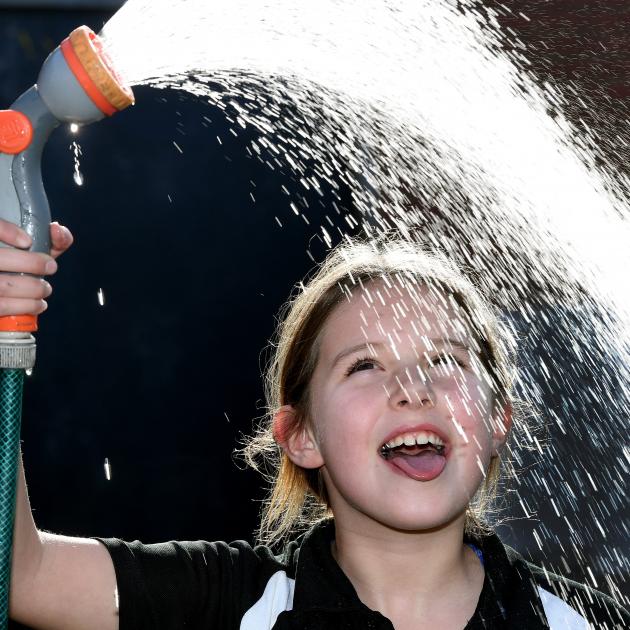 Taking her first drink of town-supply water in six months is Waikouaiti School pupil Charlee Cooper (9), after restrictions were lifted yesterday. PHOTO: STEPHEN JAQUIERY
Avoiding water from the taps had been a habit well established, she said.

The Ministry of Health drew attention to possible problems with tapware earlier this year.

Dr Butchard also highlighted the dangers of lead in the environment, from sources such as old paint.

An investigation by the Dunedin City Council examined whether the source of the water contamination might have come from old landfills, fly-tipping or the nearby Macraes mine, but the problem was most likely caused by pipes and fittings on private properties, council chief executive Sandy Graham said.

Water New Zealand chief executive Gillian Blythe said many plumbing products for sale in New Zealand contained unacceptably high levels of lead and the Government had to toughen up on regulations.

Golden Fleece Hotel owner Gerald Cayford said he was pleased to have the water back in Waikouaiti and he was already using it.

Marlene Lee, of Waikouaiti, said she had got used to not using water from the town supply; it felt ‘‘a bit strange that you can just turn the tap on’’.