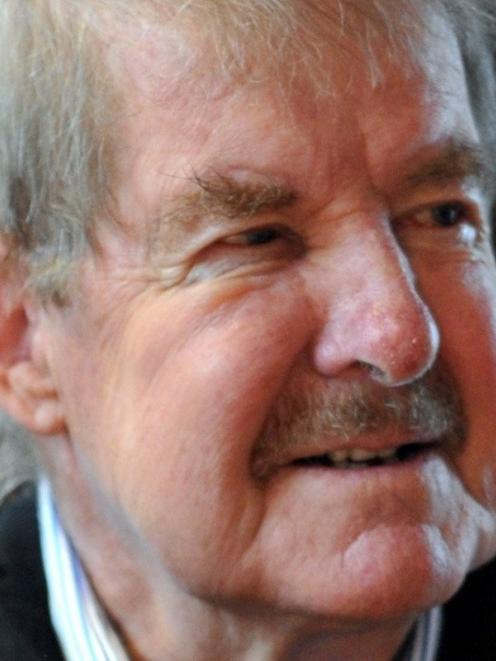 Jock Allison.
AgResearch has again been slammed for bungling its restructuring plans after confirming it is delaying shifting Invermay jobs north.

The agricultural research organisation confirmed yesterday its board had approved an updated business case for restructuring, which included putting off shifting jobs from Dunedin to Lincoln by a year to the end of 2018.

Dunedin North MP David Clark said the delay was another sign AgResearch's ''chaotic'' restructuring plan - which includes shifting the majority of its Invermay jobs north - was not going as planned.

''I think the delay shows that they have failed dramatically to meet the original deadline,'' he said.

The delay would only exacerbate its staff-retention problems and cause more key staff to leave.

''It means they are having difficulty making progress.''

When 2018 did come around, very few staff would make the move from Invermay.

''There is no change really, it's just being drawn out.''

After the board meeting, staff were told about the delayed move.

The delay was down to the timing of building completions at Lincoln and Palmerston North, Dr Richardson said.

It was about ''getting it right'' and was because it was working more closely with Massey and Lincoln Universities on the buildings than initially envisaged.

Complexities around the rebuild of Lincoln University following the Christchurch earthquake had also contributed to the delay.

''It's taken us longer to pull this together than when it was just AgResearch putting new buildings up adjacent to where [the current ones] are.''

''Yes, there has been a trade-off in terms of the speed ... but the outcomes, I believe, are much better.''

The updated business case retained the slashing of jobs at Invermay and the strategic rationale - centred on the value of ''co-locating'' AgResearch staff with its partners - had stayed largely the same.

There was no ''major outcry'' from staff at the news the shift had been delayed.

The next step was for AgResearch to submit the business case to Science and Innovation Minister Steven Joyce for approval, after which it would be made public.

Mr Joyce said the delay was not a sign AgResearch's restructuring plan was failing.

Instead it was because more time was needed for the ''wider development plans for the Lincoln Hub''.

''A number of hub partners, including Lincoln University itself, need to do further development work on their parts of the hub plans.''

Responding to an earlier suggestion by Dr Clark, he said: ''Despite Mr Clark's conspiracy theory, I have not yet received the business case''.

AgResearch updated its business case after the auditor-general said its original business case was insufficient for future decision-making.