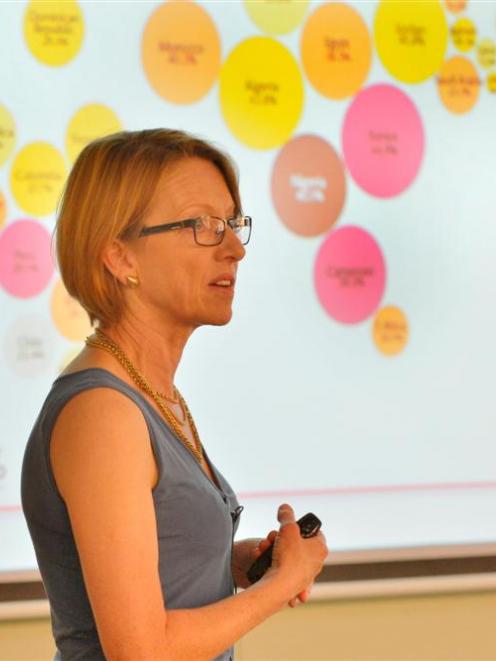 The future of ensuring the world's population was nutritionally well fed was incorporating all the best technology, including the strategic use of genetic engineering, she said during a public lecture at the University of Otago yesterday.

There also needed to be a greater research and innovation culture so advances could be made to feed the world's ever-growing population.

''That is why in New Zealand we need to encourage everybody to become involved in science,'' Prof Rowarth said.

The downsizing of the Crown research campus at Invermay and the discussions about making science elective at school in year 11 did not meet that brief, she said.

Prof Rowarth, who worked in plant improvement with AgResearch for six years early in her career and is a former Crown Research Institute Crop and Food Research director, said she commiserated with her colleagues at Invermay and those at Crown institutes who were doing their best to try to ensure science did not die.

There were plenty of examples of how the past few hundred years of science had helped increase the yield from plants and animals, improving human nutrition.

Advances in wheat and milk production were prime examples.

The benefits of this were highlighted in the fact that the percentage of the world's population that was malnourished had dropped significantly from 34% in 1969 to 17% in recent years, even though the population had grown massively.

''More people are fed to a better level of nutrition. It is a triumph of agriculture.''

New Zealand needed to direct its efforts into producing premium products such as grass-fed, free-range beef or lamb, she said.

Prof Rowarth also dispelled a few modern-day myths on modern food consumption, pointing to literature showing in real dollars food was cheaper than it had ever been, even though it ''didn't feel like it''.

People could now afford to buy fresh fruit and vegetables, as they were more affordable than ever, and what they should be worried about was their consumption of highly processed foods.

People's first consideration when buying food was price, despite claims they might buy based on factors like organic growth, she said.