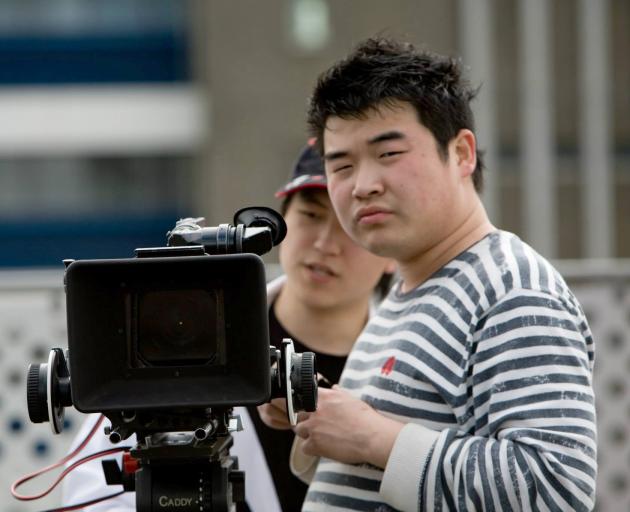 Dunedin film-maker Sam Li hopes the success of his silent short film Mrs Mokemoke, which has been selected to play at a film festival in New York, will continue into a feature film he is planning to make and shoot in Otago in summer. Photo: Supplied
A Dunedin film-maker wants his upcoming film to encourage more Chinese film-makers to the city.

Chinese-New Zealand film-maker Sam Li says he already has financial backing for a feature film and hopes to start filming at locations around Dunedin and Otago by December.

Dunedin film-maker and screenwriter Allan Baddock will be involved in the filming as will Chinese film producer Lin Ding Wei.

''Everything is pretty on track and people are getting together now and it will happen hopefully in the summer.''

If the film was successful, Mr Li said more people in the growing Chinese industry would start to see Dunedin as a viable location.

While the details about the film were being kept secret, it would be based on his own experience as a international student in New Zealand.

It will include a combination of Chinese and New Zealand crew and actors.

Dunedin's connection to Shanghai through its sister city relationship had also been beneficial, he said.

''I still use the connections I met through the Shanghai delegation when I was invited in 2015 and I still keep in touch with them.''

Mr Li - who was born in China but has lived in Dunedin for eight years - has already had success with his previous film Mrs Mokemoke.

Made in 2015, the film explores a relationship triangle between a Maori woman, her boorish Pakeha husband and her protective father, arguing over rights to a farm.

It has been chosen to screen at the Brooklyn Silent Film Festival in September and has already been shown at film festivals in New Zealand, Canada, Italy and China.

Maybe they'll make a film about democracy in China