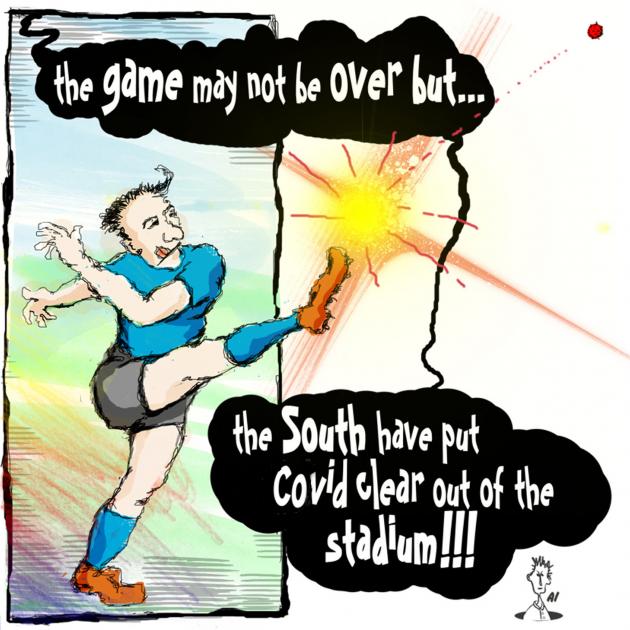 The outbreak of Covid-19 in the South is over.

The final case in the Southern District Health Board area was yesterday announced as recovered, meaning there are no active cases in the South.

For an area once considered the epicentre of New Zealand’s outbreak it was a momentous achievement, medical officer of health Susan Jack said.

"It’s a very significant milestone for us.

"We had one of the highest numbers of cases and the highest rate of cases out of all the DHBs, so it’s just fantastic now that all of our remaining cases have now fully recovered," Dr Jack said. 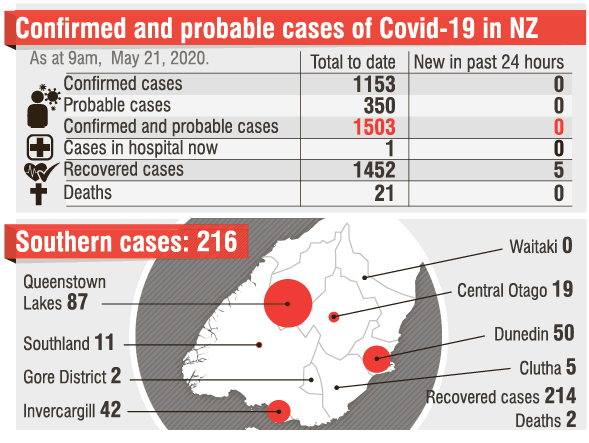 The South has had 216 cases in total, with two deaths. It has been more than a month since the last case in the area was announced.

If two incubation periods of the virus, or four weeks, had passed, the health board could declare the southern outbreak over, she said.

Dr Jack attributed the area’s success to people following the rules, isolating when they needed to, and also a strong public health response.

Surveillance testing across the South had turned up no positive cases, giving confidence there were no undetected cases in the community.

"We are increasingly confident there are no cases."

While there were no active cases, people still had to be careful and follow Level 2 restrictions, she said.

"We’ve done so well and we’ve come so far, we just need to keep up that momentum."

There was a low level of risk of inter-regional spread now domestic travel was allowed, but there was still a risk, she said.

The country has just 30 active cases, meaning 97% of cases have recovered.