All the comforts of home at bus stop 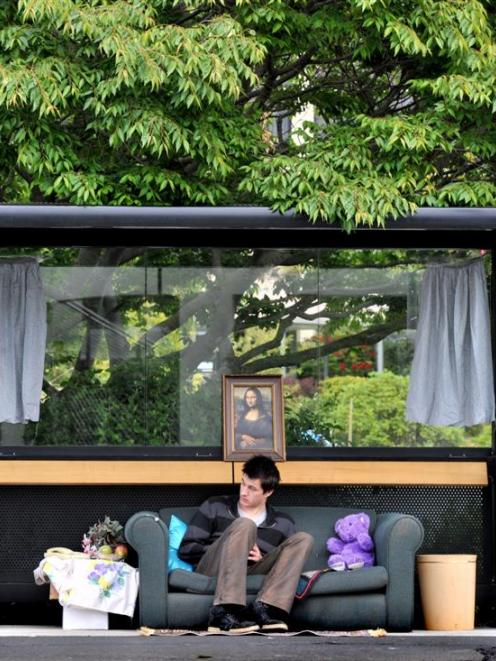 The latest resident protest over the lack of seating in the new Dunedin bus shelters has resulted in one on Harbour Tce being turned into a lounge.

But council transportation operations programme manager Michael Harrison said it was likely the shelter's fixtures would be removed.

"We can't leave it there. There may be a problem with how safe the materials are. Are they going to get burnt?

"I can see the funny side of it.

"But it's likely to be removed for the safety of other users."

Mr Harrison said the issue of seating in bus shelters had been brought to the attention of the Otago Regional Council, which built them, and the city council, which is responsible for their upkeep.

In response, both councils agreed seating installations would be considered on a case-by-case basis.

"If someone wishes to have a seat in their bus shelter, they only need to contact the DCC," Mr Harrison said.

"Where possible, we will do it."

He said seats had been installed in 15 of the 115 new shelters already and five more had been requested which would be responded to.