All Whites' success could see shift in national idenity 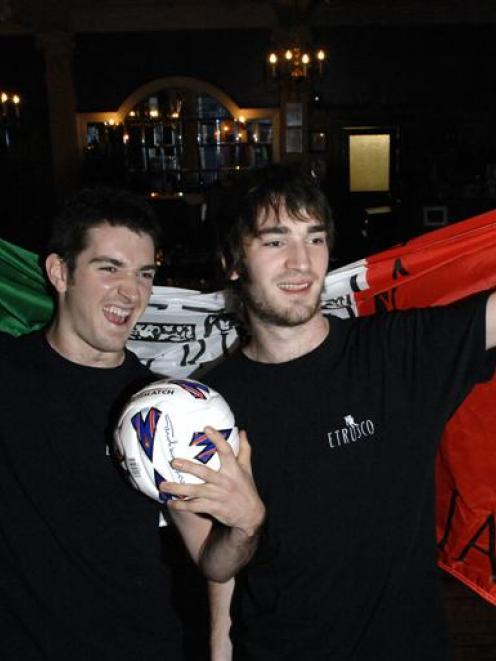 Brothers Rion (23) and Zane Gianone (20), managing directors of Etrusco at the Savoy Pizzeria and Spaghetteria, celebrate after New Zealand's 1-1 draw with world champion Italy. Photo by Linda Robertson.
The All Whites' World Cup campaign could signal a shift in New Zealand's national identity, a University of Otago academic says.

One person watching the All Whites more closely than most is Dr Mark Falcous, of the Dunedin-based School of Physical Education, who is researching how New Zealand media - newspapers, internet and television - report on their performance in the tournament.

Rugby had traditionally dominated New Zealand sports media, but the World Cup provided an opportunity to gauge how media would respond to the "historically marginal" sport of football, he said.

An analysis of media coverage over the four-week tournament would reveal not only the exposure given to football, but its changing position within New Zealand and how it reflected our changing national identity.

Dr Falcous said the performance of the All Whites, coupled with the Phoenix in the A League, had led to increased interest in football and made household names out of players.

Conversely, rugby appeared to be in a state of flux, and while the public expected the All Blacks to win, the All Whites were clear underdogs who were performing above expectations.

One person who knows all about winning and losing is Gary Pearn, a senior football bookmaker with the TAB.

The All Whites' first appearance in the tournament since qualifying for the 1982 finals had resulted in a huge surge of interest from the public, with the match early yesterday against Italy attracting more interest than the All Blacks' game against Wales in Dunedin on Saturday night.

Two Dunedin men confident of New Zealand progressing further are Zane and Rion Gianone, managing directors of Etrusco at the Savoy Pizzeria and Spaghetteria, who watched the All Whites draw 1-1 with Italy.

The brothers, who are of Italian heritage, said they were proud of New Zealand's performance against the world champion and were tipping the team to go further - much further. 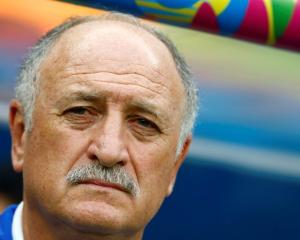