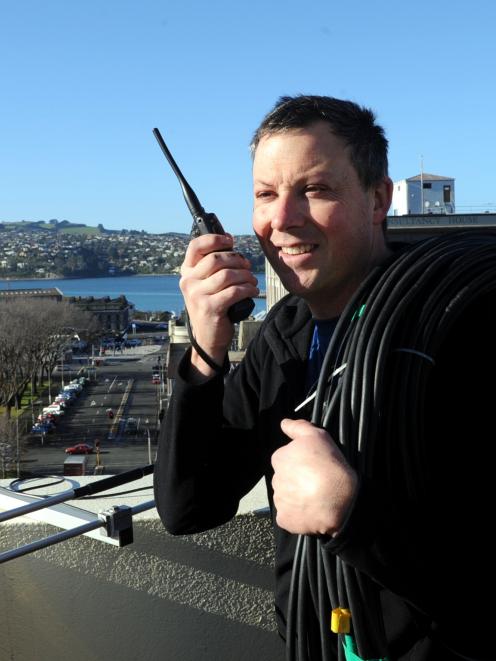 Their support is vital to the three-day event, which started last night, as there is either unreliable or no cellphone reception where many of rally's stages are held.

Otago Amateur Radio Emergency Communications (AREC) team leader Lindsey Ross said 28 members would be helping out in what was a "massive exercise" for the group.

The team would be based at the Southern Cross Hotel where it had equipment set up on the roof and a control centre on the fifth floor.

Its most important role was in ensuring the safety of rally competitors by keeping track of every car and making sure they had not left the track.

To do this the team had people at the start, end and in some cases middle of each stage who would radio back to the control centre when each car passed.

Members also kept track of times and gave the information to race organisers.

Ross said the "wide area" of the rally -- from Milton in the south to the wider Palmerston area in the north -- provided a unique set of challenges.

This meant "traditional" radio technology was needed to get information out of areas, such as Whare Flat, where more modern technology such as cellphones could not be relied upon.

"Often we are having to put a portable repeater in to actually get radio communication from a location," he said.

Fellow AREC member Martin Balch said the event gave them important experience for responding to search and rescue operations and other emergency responses in which the group often took part.

"Things like this give us a lot of very good practice, because we use almost every resource that we have got.