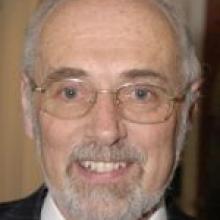 Graeme Hall
A second member of the Dunedin City Council's executive management team has left, and those remaining face new roles and responsibilities as part of restructuring by new chief executive Paul Orders.

It was confirmed yesterday council community life general manager Graeme Hall had opted to take voluntary redundancy, with the last day of his decade-long stint with the council having been Monday.

The move followed that of former customer services general manager Grant Strang - another executive management team member - who opted for voluntary redundancy in October rather than work through restructuring proposals.

Mr Hall was not available for comment yesterday, but Mr Orders praised his "significant contribution" to Dunedin, including leading projects including the Logan Park and Otago Settlers Museum redevelopments.

Mr Stephens would be responsible for "back office" areas, including finance, property, human resources, technology and the customer services agency, while Dr Bidrose's focus would be on "place-shaping" areas including economic development and libraries, galleries, museums and other cultural resources.

The changes were part of a drive to streamline council operations and reduce costs while improving efficiencies between different parts of the organisation, Mr Orders said.

The city had gone through a period of investment in assets and projects, including the Forsyth Barr Stadium, which would help position the city in "regional, national and international terms", Mr Orders said.

Restructuring would help make the most of those assets, but the city now also needed to tighten its belt.

That would continue with a review of each council activity and service area to "crank up significantly" over the next 12 to 18 months, which would lead to further changes, including the way resources were allocated, he said.

"This is an organisation which is moving into savings mode. Organisational restructuring is part of that."

Mr Orders said there would be no further job losses within the management team and he had no plans for "across the board" restructuring at other levels of the council.

However, service redesigns could lead to more changes, and although the focus would be on protecting front-line services and staff, some job losses could result "on a case-by-case basis".

Mr Orders said Mr Hall's decision to take voluntary redundancy had come after "robust discussions" with him and other staff since October about reshaping the organisation. He would not comment on any redundancy payment received by Mr Hall.

In October, Mr Miller confirmed members of the executive team were likely to receive "about six months' pay" if they opted for voluntary redundancy.

That meant Messrs Strang and Hall were both likely to have received final payouts of between $90,000 and $110,000.