By John Lewis
0 Comments
Even on the most sombre of occasions, kids will be kids.

During the Anderson’s Bay School Anzac service at the school’s memorial gates yesterday, some younger pupils started humming along as trumpeter Emerson Walker played the Last Post - that was until more senior pupils gave them a gentle elbow to restore the decorum.

Acting principal Glenda Thomas said it was all part of the learning process.

"They are too little to know those things.

"That’s what we’re here for - to teach them about these ceremonies and why they’re important to us as a nation." 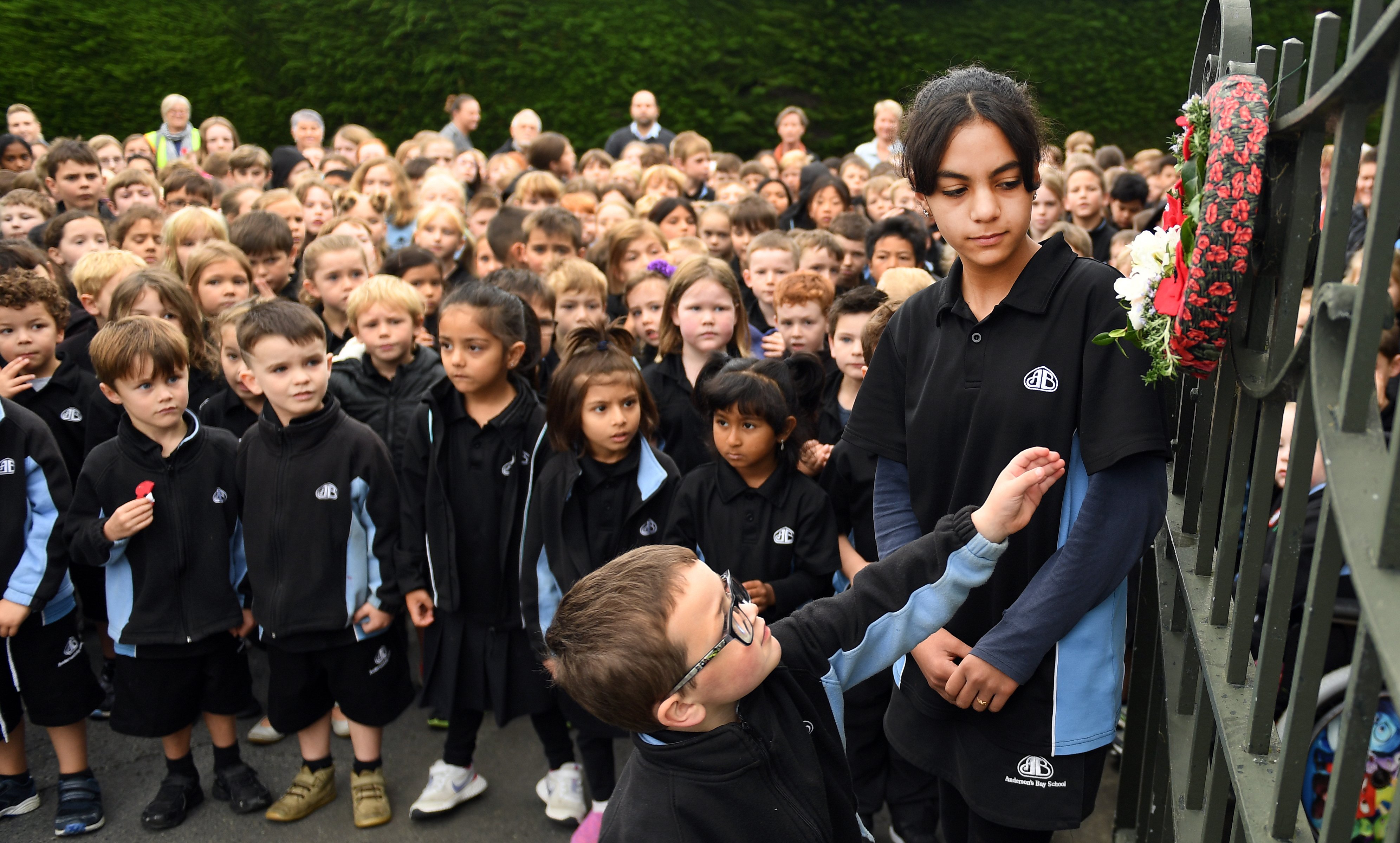 "It’s important that our children know what it’s about and why we have it."

As part of the service, she told the story of her great-uncle, Private William Sheat, who died in the battle of Polygon Wood during World War 1, near Ypres, in Belgium.

"The sad thing was, he had just arrived and didn’t last long. And then the war was over."

She told her pupils a little about his life before the war, how young he was when he went to war and how she found his grave site near Polygon Wood during a trip to Europe.

"I shared my story with the children because when we have an Anzac service, we want to make it relevant to them and what they can understand.

"In the past, we’ve read Anzac stories from picture books, but this is a real story and it is about a real person who lived and would have trained in Otago, before he left from Port Chalmers.

"It’s about someone from our community who did go to World War 1, and very sadly, didn’t come back. He was 23 when he died.

"This, I felt, was something the children could understand and identify with. And although it’s sad that it’s not got a happy ending, war stories often don’t.

"We must remember them - lest we forget."

She hoped many of her pupils would go to Anzac Day ceremonies on April 25 with their families, and have a better understanding of what the annual day of remembrance was about.