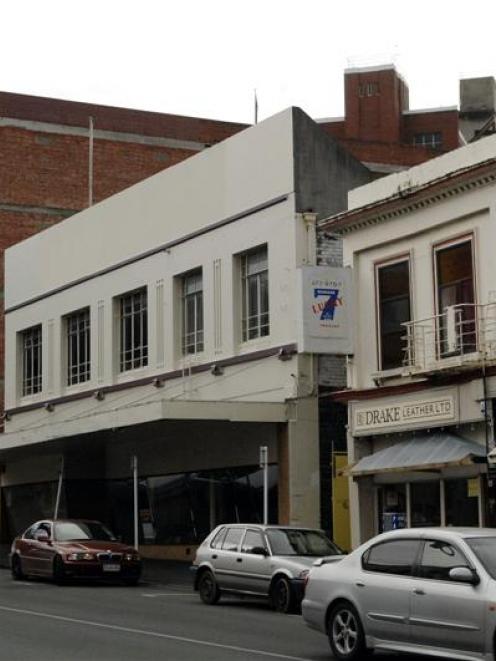 The resource consent application from Paterson Pitts, on behalf of building owner Lincoln Darling, states Mr Darling had been unable to attract any tenants after Furniture Court moved to another location.

The building, at 180 Rattray St, was in a cold, windy, dark space with little foot traffic, and the site was not big enough for a large-scale retail development, it said.

Although the building was not dangerous, an engineer's assessment had also identified it as potentially earthquake prone.

To strengthen it to required safety standards would involve a substantial cost that would do nothing to enhance the inherent difficulties with making it suitable for re-tenanting, the application said. Although it was built before 1900 and had bluestone foundations and ground floor, the modernisation of the building had destroyed the original facade to the point it no longer had any heritage significance.

The Historic Places Trust had been consulted.

The streetscape would change, the application said, but given the current state of that part of the street, the environmental effects of allowing the demolition and car park were assessed as "being consistent".

"In terms of pleasantness, this part of Rattray St has little to recommend it."

That part of Rattray St was now only a remnant of its former significance.

"The oppressive blank facades along Rattray St create no pedestrian traffic. The bus stops, through traffic, and taxi stands complete the loss of amenity within which 180 Rattray St now stands.

"There is now effectively no retailing in this part of Rattray St and none is likely as long as there is no significant improvement to the amenity."

Within that context, and as a means of securing the value in the property, the owner sought to use the cleared site as a rental car park until a redevelopment opportunity arose, the application stated.

Mr Darling is also the owner of a 135-year-old building across the street from the former Furniture Court building, that partially collapsed without warning in January. The council has issued a consent for that building's demolition, and parts of its upper storeys have already been demolished.

The council's chief building control officer, Neil McLeod, said the council was satisfied what was left of the building had been made safe.

Submissions on the application for consent to demolish the former Furniture Court building must be made to the council by September 21.