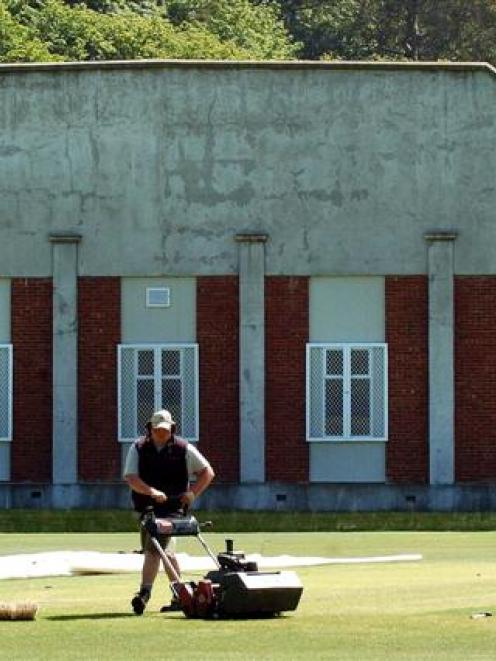 The Otago Daily Times understands the Dunedin City Council is planning partial demolition of the former art gallery, with bays at the end of the building by the University Oval to go.

Some councillors are understood to want the building demolished, but have accepted a compromise is the only solution.

Nobody would speak on the record about the issue, which was discussed at a meeting on Tuesday of the community development committee that was closed to media and the public.

But sources confirmed yesterday the New Zealand Historic Places Trust may agree not to oppose the demolition in return for concessions from the council.

Those could be in the form of a covenant to protect the rest of the building, or for money to be spent on upgrading it.

Some councillors have been keen for some time to get rid of the former art gallery, as its proximity to the University Oval means the ground's boundaries are considered too short.

Black Caps captain Daniel Vettori described the 53m-long northern boundary as "farcical" after New Zealand played there last year, and the Otago Cricket Association regards expanding the oval as critical to its future as the test match venue.

The art gallery was built for the 1925 New Zealand and South Seas International Exhibition, and is thought to be the only surviving in-situ building from any of the exhibitions held in New Zealand.

Two bays of the building were removed in 2001 to expand the University Oval.

The council recommended its removal in June 2006, a move supported by the Dunedin Amenities Society and the Dunedin Ratepayers and Householders Association.

After that, the building gained category 1 status with the trust.

Since that time, discussions have been ongoing, and there has been talk of compromise.

Council community life general manager Graeme Hall yesterday said he could not comment on the suggestions of partial demolition.

The council was working with the trust, and other parties, and Mr Hall said he expected some sort of announcement would be made "in a couple of weeks".