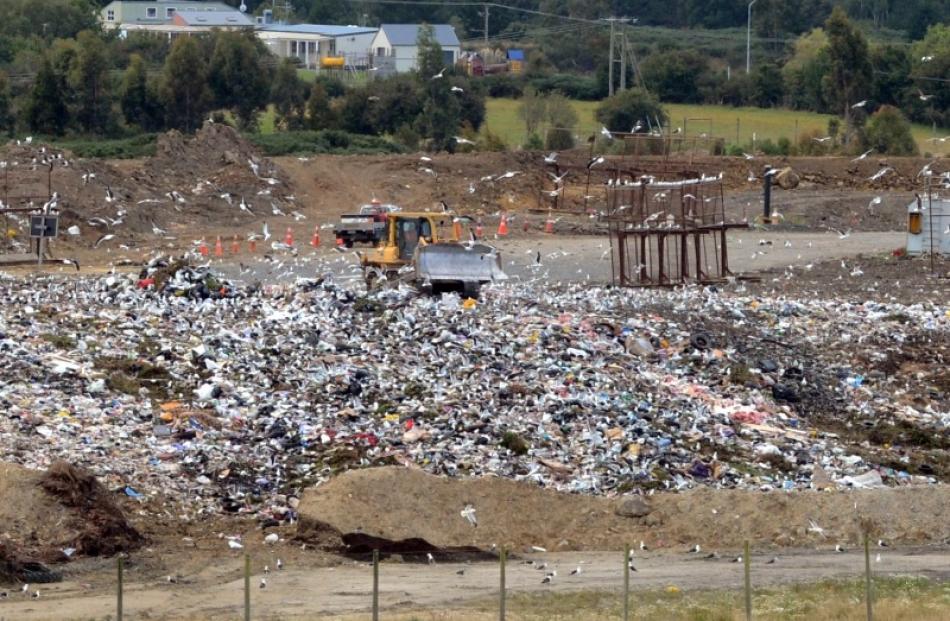 Up to 12,000 tonnes of asbestos-contaminated fill from Canterbury is destined to be dumped in Dunedin, but that might just be the tip of a toxic - but lucrative - iceberg.

The Otago Daily Times understands the Dunedin City Council has more than one contract to accept contaminated material from outside the city at the Green Island landfill.

The deals were believed to be worth millions of dollars, although council staff would not be drawn on details yesterday, citing commercial sensitivity.

Details have emerged of a three-month operation by McEwan Haulage Ltd to deliver between 10,000 and 12,000 tonnes of fill, known to contain small amounts of asbestos, to the Green Island landfill.

The fill was coming from a former Canterbury landfill site, which was being excavated by New Zealand Transport Agency contractors to make way for a new roading project in Christchurch.

It would be ''carefully'' disposed of within the landfill, buried under a minimum 1m-deep layer of cleanfill, he said.

McEwan Haulage managing director Nic McEwan said when contacted yesterday the material was being trucked to Dunedin for disposal because it was cheaper to do so than to dump it in Canterbury.

The operation began last month and would be ''done and dusted'' by Christmas, requiring between 150 and 300 shipments to complete, he said.

The material contained ''very minute'' levels of asbestos, but was handled - according to New Zealand regulations - as if it was all contaminated, Mr McEwan said.

That included placing the material for transport in lidded bins on trucks with signage to warn emergency services of the contents should an accident occur on the way, he said.

The shipments had also been approved by Worksafe New Zealand, NZTA and the police commercial vehicle investigation unit, he said.

The number of consented landfills in New Zealand had declined from about 300 to about 56 in the past decade, in part due to changing guidelines for their operation, she said.

That had encouraged the shipment of waste from one district to another, as had price considerations for larger customers, she said.

''It's just good waste management, really. There are sites that can take this material, and because so many landfills are closing down across the country, waste is moving across districts on a regular basis now.''

The DCC had dropped earlier restrictions on accepting waste from outside the city, and the Green Island landfill was now receiving such shipments ''a couple of times a year'', she said.

The landfill was built in the 1950s and was classified as ''B-grade'', with modern lining and collection systems added later, but still operated within regulatory requirements, she said.

Contaminants were dumped in designated areas within the landfill designed to accommodate it, and the operation was regularly audited by the Otago Regional Council and the Ministry for the Environment.

The landfill was consented to operate until 2023, but had plenty of space remaining to accommodate shipments from inside Dunedin and further afield, she said.