Asbestos: 'We were totally ignorant’ of risk' (+ video) 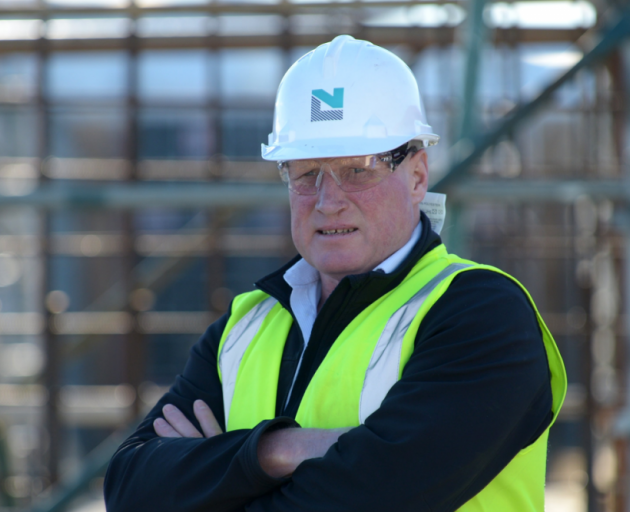 Paying the price . . . Ewen Oats says he was unaware of the health risks associated with asbestos when working as a young builder in Dunedin in the 1970s. PHOTO: GERARD O’BRIEN

Ewen Oats cannot forget the clouds of dust that clogged his lungs 40 years ago.

The dust came from asbestos sheets he used to cut with a Skilsaw, while working as a Dunedin builder in the 1970s.

Back then, as a 16-year-old, he knew nothing of asbestos' health risks - nobody did, he said.

‘‘We were just totally ignorant to the fact this was bloody dangerous stuff that we were cutting.''

•  Suspicions of a cancer cluster

He and other workers were given paper masks, but they were nothing compared with today's modern respirators, he said.

Instead, workers ‘‘just got on with it'', slicing into asbestos sheets with saws and ripping out asbestos products on roofs, walls and floors while on demolition jobs.

‘‘You were just in a cloud and you couldn't see your cobber across the sheet.

‘‘When you look back you think ‘I put my lungs through a fair bit'.''

Now, aged 59, his lung capacity was ‘‘below average'' - not helped by the fact he used to smoke as well.

There was no sign of asbestos-related mesothelioma or lung cancer for Mr Oats yet, but he accepted he ‘‘could be a candidate''.

‘‘There are a lot of people dying of the bloody stuff. I'm quite sure that people in my era too, it will catch up on a few people.

The 75-year-old has worked in the building industry since the 1950s, including cutting and drilling into asbestos-based flat sheets used in houses around the city.

To begin with, the only precaution he took to avoid the dust was a simple one.

‘‘What you used to do was set your bench up so it was on the lee side of the wind, so you didn't catch the dust,'' he said.

That was designed to keep overalls clean, rather than lungs clear, but it did not always help.

An awareness of asbestos' dangers only began to emerge in the late 1970s, but by then it was too late for some.

A third friend, a former plumber aged 88, was ‘‘on oxygen 24/7'' with an asbestos-related illness, he said.

Mr Douglas had placed himself on the asbestos exposure register, and had twice had chest X-rays, ‘‘just in case''.

The results were ‘‘all clear'' so far but, like others, he could now only hope for the best.

‘‘We just hoped we didn't get any problems with it, because it's too late after 20 years, isn't it?''

Steve Jory said the building industry had come a long way since the dark days of asbestos ignorance, but risks remained.

Mr Jory, the Registered Master Builders Otago president, said a lot had changed since the days, 20 years ago, when workers would mix asbestos by hand.

Back then, bags of dusty cement would be poured into buckets, kicking up a dust cloud, before water was added and the contents mixed together.

‘‘You'd just mix it with your hand into a paste, like a gib stopping compound, and put it around pipes [as a lagging],'' he said.

Experienced tradesmen were now aware of the risks, knew what to look for and took precautions, he said.