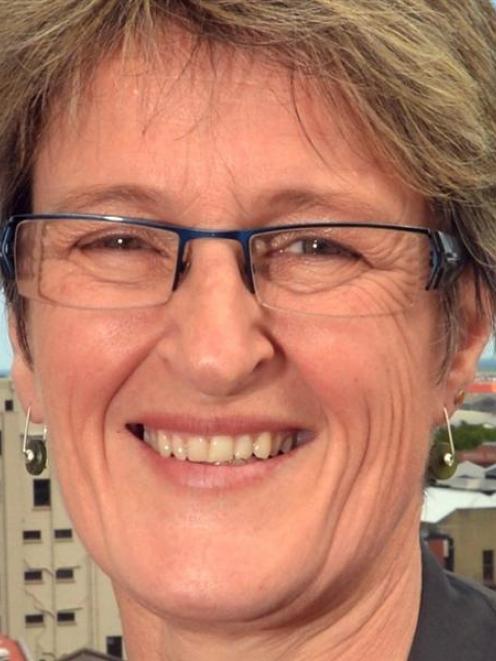 Sue Bidrose.
The effectiveness of Audit New Zealand is being questioned as a war of words erupts over the Dunedin City Council's alleged $1.5 million vehicle fraud.

Past and present Dunedin city councillors and council staff have pointed the finger at Audit New Zealand, questioning its value after it failed to detect the alleged Citifleet fraud for more than a decade.

The questions came as it was confirmed the council had spent $1.15 million on Audit NZ's financial auditing services since 2005.

Audit NZ has hit back, saying its job was to check financial accounts for major ''misstatements'', not detect fraud, and councils that relied on it to do so ''are at risk''.

Council chief executive Dr Sue Bidrose also defended the organisation when contacted, saying Audit NZ had ''done their job'' and the council's own failings were to blame.

The council's internal audit reports had identified potential gaps in its processes, but those had not been appropriately addressed in all cases, she said.

''Audit NZ check we get those audits done, and we do.

"The issue is we haven't acted to rectify the control failures that have been identified with any consistency.''

Her comments came after former council chief executive Jim Harland defended his handling of the audit process during his time in charge.

Mr Harland said the council's internal processes ''didn't throw up any issues'' relating to Citifleet, and neither did Audit NZ's reports.

''At times they [Audit NZ] drew to our attention some areas for improvement, but this was never one of them.''

That left him questioning the value of Audit NZ's work.

''Part of the service we used to buy was a commentary on the management control environment, and that's what we're talking about here.

''The expectation is when you provide a service is that it's there to provide assurance to you.

''Why wasn't it picked up? I think that's a question you'd have to direct to Audit New Zealand.''

''If this has been going on for a number of years ... why has the audit not picked this up?'' he asked when contacted.

''The question is whether or not Audit New Zealand have some responsibility.

"If we've paid them over a million dollars you can draw your own conclusions.

''You'd think, yes, they would pick up this sort of thing.''

A spokeswoman for Auditor-general Lyn Provost rejected that, saying Audit NZ aimed to provide ''assurance'' about the fairness of financial statements.

It did not ''look at every transaction'' a council was involved in, but did assess councils' internal controls and report on any weaknesses.

''The council has the main responsibility for ensuring that internal controls adequately minimise risks from fraud.

''Auditors seldom identify fraud and entities that rely on external audits to detect fraud are at risk.''

The spokeswoman did not respond to specific questions about whether Citifleet's activities had ever been scrutinised as part of Audit NZ's work.

The ODT had earlier been told Deloitte's investigation included examining the failure of internal and external audits and controls to detect the fraud.

The council, in confirming Deloitte's findings had been referred to police, said council staff faced an employment process for failing to provide checks that ''should have been in place''.