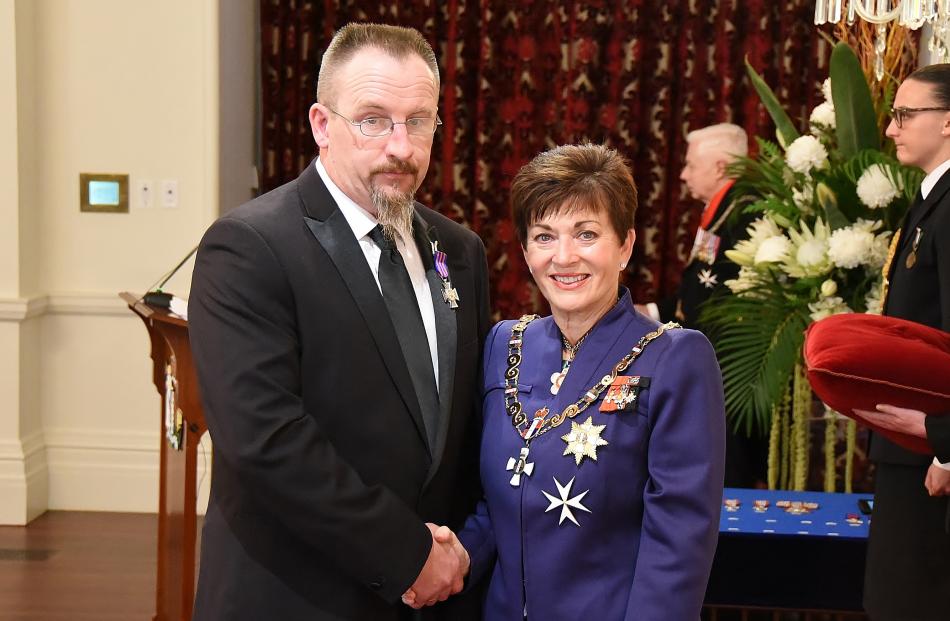 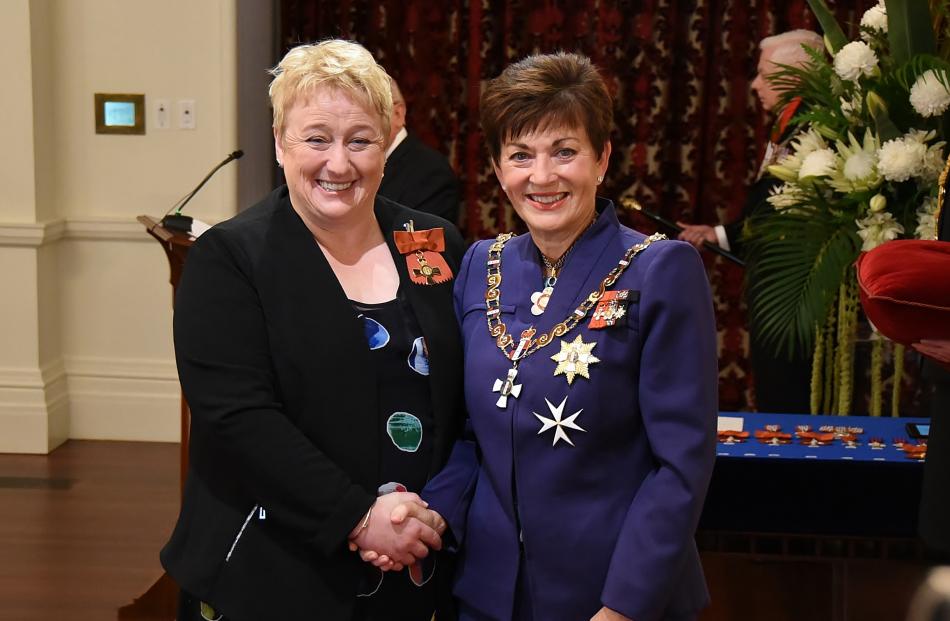 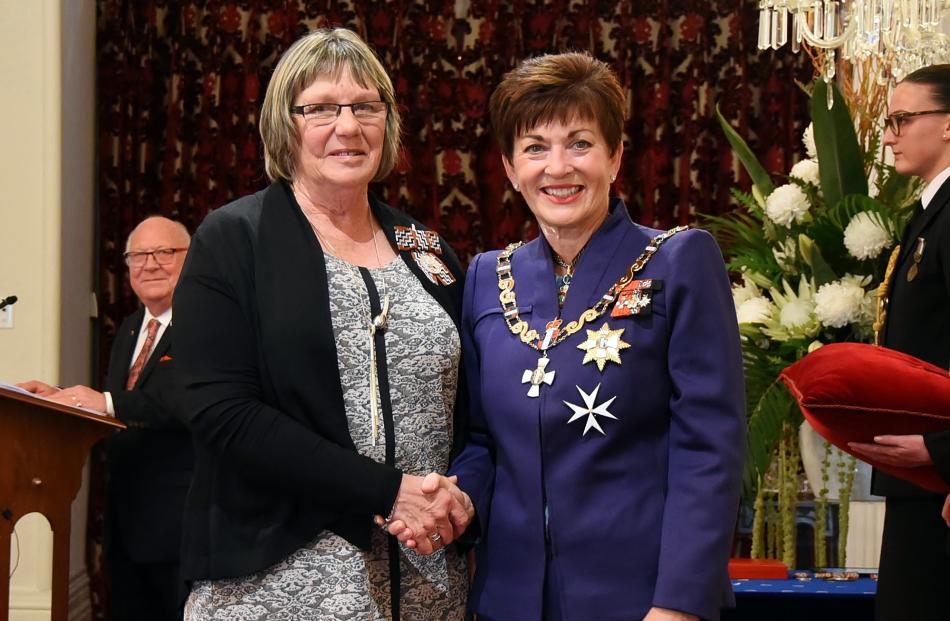 Receiving congratulations from Dame Patsy is Janet Affleck, of Gore - QSM, for services as an ambulance officer. 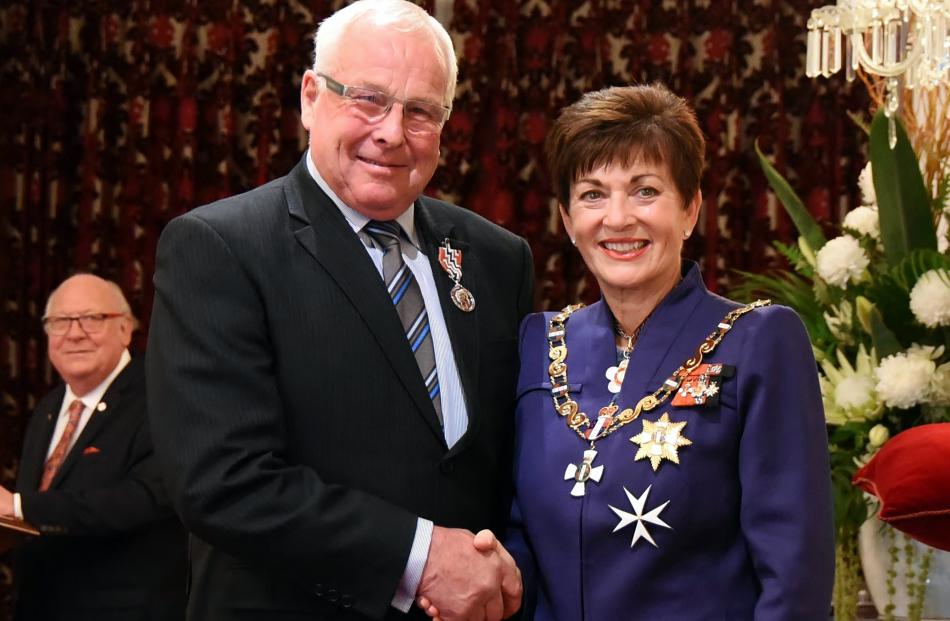 Receiving congratulations from Dame Patsy is John Webster, of Oamaru - QSM, for services to irrigation and the community.

A Dunedin man accepted a bravery award yesterday to pay tribute to the ''loving memory'' of Bradley and Ellen Livingstone.

Chris Foot (42) received a New Zealand Bravery Decoration from Governor-General Dame Patsy Reddy at Government House in Wellington for his actions on January 15, 2014.

When Edward Livingstone burst into the St Leonards home of his estranged wife, Katharine Webb, and their two children, Bradley (9) and Ellen (6), with a shotgun and a container of petrol, Mr Foot rushed over to try to help the children.

Livingstone took aim at Mr Foot but stumbled, causing the blast to miss him.

Mr Foot ran back to his home to grab his boots to try to kick in the glass door to gain entrance to the home. When he returned, he found Livingstone and the two children dead.

Those attending the ceremony yesterday included his operations manager from JPM Holdings and several family members, including his wife, Melanie.

The ceremony was ''overwhelming and surreal'' and a world apart from his job truck driving.

He was a truck driver rather than a hero.

''Accepting the award is a tribute to the loving memory of Bradley and Ellen.''

He experienced ''a rollercoaster of emotions'' yesterday, especially when the reason for the award was read out.

''That was pretty emotional for me because it brought it all back home.''

He managed to ''fight back the tears'' but shed some tears in private, he said.

He was still a neighbour of Ms Webb's and helped her any way he could - ''whether it's cutting up her firewood or giving her a helping hand,''

Before leaving Dunedin, Ms Webb told him the award was ''well deserved''.

He would return to Dunedin to work on Saturday.

''Back to trucking - you've got to keep on trucking.''