Back home again and time to study 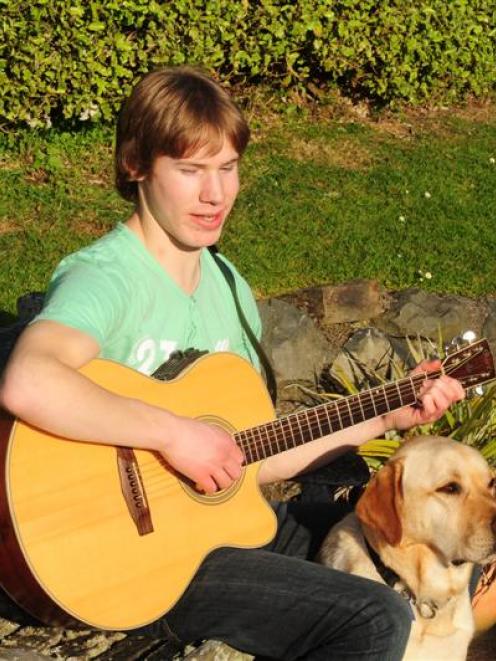 The weeks touring New Zealand, performing about 22 shows as the young Denver in the show of the American singer's life, were now just a blur as he caught up with assessments for his bachelor of music degree, he said.

"It's been crash, bang into reality."

The tour was a first for Gardiner (21), who is partially sighted, and was quite a challenge as he adjusted to singing regularly for a long period of time.

"I learned how to look after my voice. To be quiet during the day and sing only when I had to."

He decided to leave his guide dog, Denim, behind as he thought being on the road was not going to be the best environment for him.

"I missed him plenty but there were lots of people always around to help out."

Working together with "big international musicians" was another new experience for the long-time Denver fan and one he enjoyed.

"It was one big happy family environment."

Response from the audience and public had been positive, he said.

Comments in reviews like "Bevan Gardiner's voice that steals the show" were not unusual. The highlight of the tour was the last show in Dunedin last weekend, he said.

"Everyone really got into it, the audience and the band. It was a great note to go out on."

Dunedin promoter Dennis Brown said the reviews had been remarkable for such a young man.

There was talk that the show might hit the road again next year, possibly to Australia or the United States, but nothing had been confirmed.

Then there was the possibility of Gardiner recording an album of unreleased Denver songs. However, there was still no news from the United States about this, he said.

John Denver died on October 12, 1997, when the aircraft he was piloting crashed into the Pacific Ocean, off Monterey Bay, California.