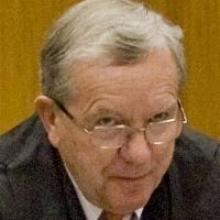 Justice Graham Panckhurst, who has been presiding over the retrial of David Bain (37) for the 1994 murders of five of his family, is due to sum up this morning, before asking the jurors to retire and consider their verdict.

And he told the seven women and five men who have been listening to the case since March 6 that, once they began their deliberations, they would be kept together, overnight if required, until they reached a verdict.

Since the trial began, the judge and jury have heard evidence running to about 4000 typed pages from 184 witnesses - 130 for the Crown and 54 for the defence.

All the evidence was completed last week and the trial then adjourned until Tuesday this week when lead Crown counsel Kieran Raftery summarised the prosecution arguments which, he said, proved beyond reasonable doubt that David, not his father, committed the murders.

Yesterday, Mr Reed, principal defence counsel, summarised the defence case, telling the jury the Crown had failed to prove David was guilty, or to exclude Robin as the killer who then took his own life.

He essentially asked the jurors to give David Bain his life back, to "put him out of his misery and set him free with a `not guilty' verdict".