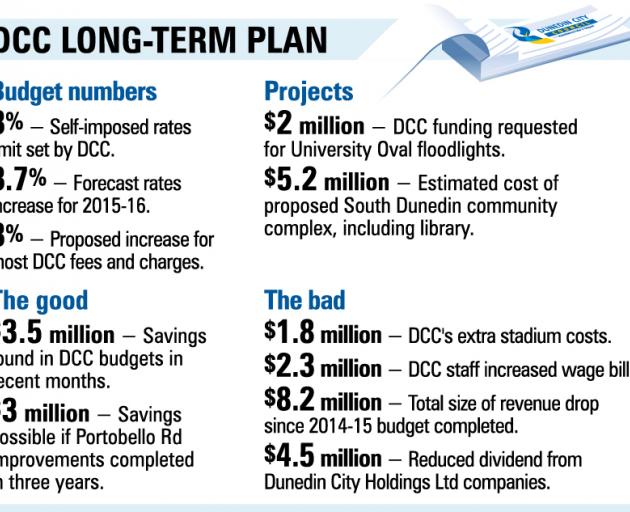 The Dunedin City Council faces one of its most difficult budget balancing acts yet, as it juggles an $8 million hole in its books and the need to keep investing in the city, Mayor Dave Cull says.

Councillors will next week begin scrutinising the council's latest long-term plan, which charts the city's future for the next decade.

All three forecasts were above the council's self-imposed rates limit, which sought to keep annual rates increases to no more than 3%.

Mr Cull told the Otago Daily Times the forecasts were ''daunting'', but the council needed to keep investing in the city and ''not just slash'' spending. 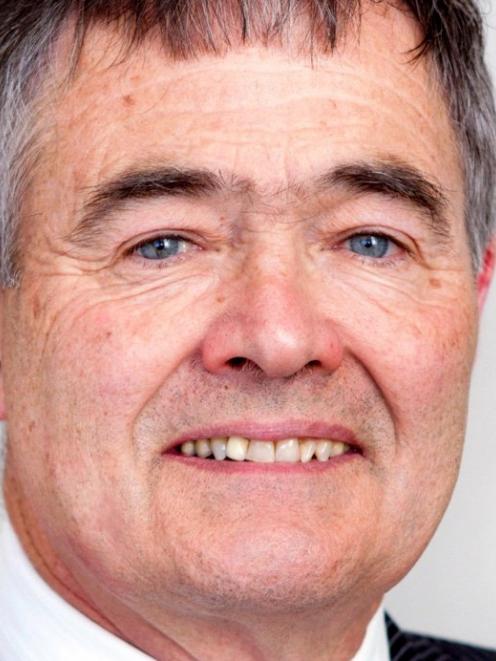 Dave Cull.
The budget squeeze was caused by Forsyth Barr Stadium's financial difficulties, which had resulted in an extra $1.8 million a year being allocated from the council's coffers.

The council was also missing $4.5 million a year from its own companies, which have cut their dividend payments while focusing on deferred investment in their own businesses.

The result was an $8.2 million drop in revenue for the council since last year's budget. At the same time, community groups pushing projects big and small were lining up for extra council funding.

That ranged from $40,000 to seal manholes in the Caversham Tunnel, to the Otago Cricket Association's wish for help paying for $2.5 million floodlights at the University Oval.

The proposed South Dunedin library would also be back on the table - as part of a wider $5.2 million community complex - as would a proposal for ratepayers to contribute $7 million towards a new Mosgiel pool.

Plans to rejig the construction of the city's cycleway network, including accelerating work along Portobello Rd, would be discussed, as would a 10-year plan to improve the look and feel of the central city.

The juggling act had been a ''huge challenge'' for council staff, who had reduced next year's forecast rates increase to 2.2%, after finding $3.5 million in savings, only for the stadium review to alter the picture again.

''We would be well within our 3% rates rise if it weren't for the stadium,'' she said.

Budgets had been revisited again as a result, but options to bring the rates increase back below 3% had been ruled out - for now at least - because they would have reduced existing service levels.

''Some of those will come up again in front of the councillors to make decisions about,'' she said.

The pre-draft LTP also showed council debt would continue to reduce over time, albeit with $30 million of stadium-related debt transferring on to the council's books as a result of the stadium review.

As a result, the council's goal of reducing core debt to below $200 million by 2021 would be delayed, and was now expected to occur one year later, she said.

''That's through tight budgeting - that's not luck of the draw,'' she said.

However, Dr Bidrose said she was not concerned by forecast rates increases above the 3% target in future years, as more work by staff closer to the time would reduce those.

It was now up to councillors - in consultation with the public - to decide whether to make further changes, she said.

The city needed to keep moving forward, but if new projects were added, rates would have to rise or service levels drop.

''This is a careful balancing act - doing that and living within your means.

''Councillors get that decision to make now. It's not particularly enviable.''