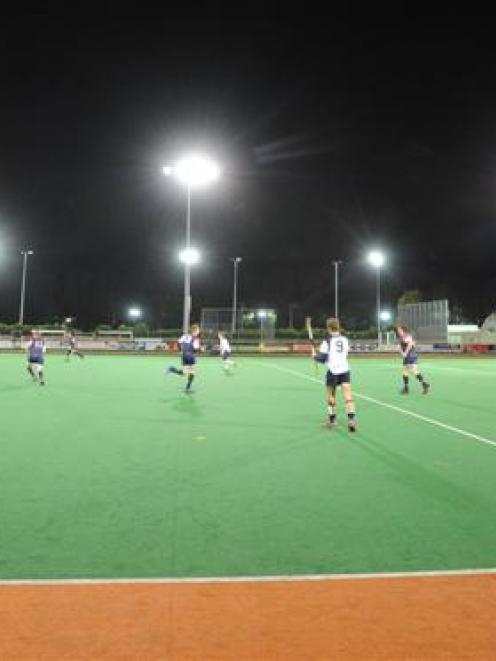 The Otago Artificial Surface Trust has been granted $30,000 a year from 2013-14 for the next 10 years, to be used to repay a loan from the council to resurface its No1 hockey turf at Logan Park. Photo by Craig Baxter.
Frugality was the order of the day, as Dunedin City Councillors yesterday worked through a series of applications for civic grants for the next financial year.

Before they began considering a lengthy list of requests, Mayor Dave Cull warned councillors that if the amount given to civic grants exceeded that outlined in the draft annual and long-term plans, they would have to go back and reduce funding from decisions they had already made, or the council would have to go over its self-imposed 5% rates increase limit.

The big winner of the day was the Otago Artificial Surface Trust, which was granted $30,000 a year from 2013-14 for the next 10 years, to be used to repay a loan from the council to resurface its No1 hockey turf at Logan Park.

Cr Chris Staynes said the resurfacing and installation of lights would cost more than $500,000, but Otago Hockey had indicated it could raise the rest of the funds itself. The trust already received an annual grant of $72,300 to repay a loan to resurface its No2 turf. 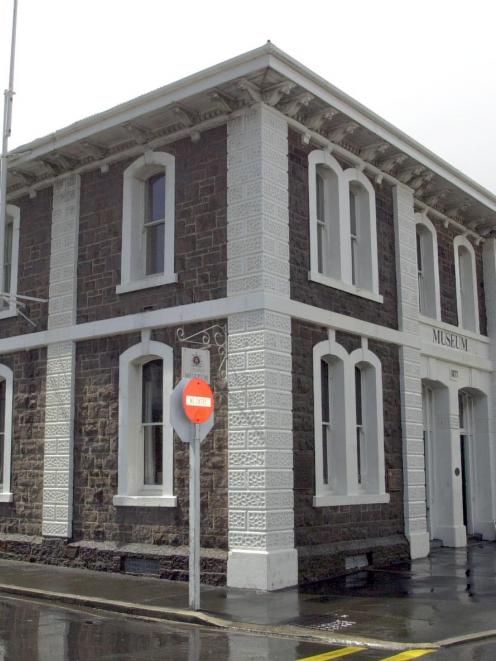 Councillors resolved that the annual $5000 civic grants for the Middlemarch and Port Chalmers (at right) museums should instead come from the Settlers Museum's operating budget. Photo by Peter McIntosh.
Basketball Otago was granted a one-off $27,000 for 2012-13 to go to the Edgar Centre, towards the organisation's annual court fees, and the Southern Sinfonia was granted a one-off sum of $15,000 for next year towards its $24,000 cost for playing at the Regent Theatre instead of the town hall, which is being redeveloped.

Mountainbiking Otago was the only new applicant to receive a grant - $10,000 for maintaining tracks owned by the council.

Of the community assets that have a service-level agreement with the council, all retained their contributions from the council for at least the next year except Surf Lifesaving New Zealand, which was granted a one-off increase of $17,519 for an extra lifeguard at Warrington and to allow for a payrise. That was added to its annual $87,600 grant from the council.

The generosity of the council was constrained about there, as councillors offset the new or increased grants by not granting other applications, or ordering that the funds come from other budgets.

Councillors decided the board of Olveston, which showed healthy surpluses, was to be approached to ask if it actually required the $42,700 grant included in the draft annual plan for 2012-13.

The SPCA's annual grant of $14,600 was chopped after it was decided the council could carry out feral cat removal, while the NZ Salmon Anglers Association narrowly missed a reduction in its annual $11,900 grant after a motion from Cr Kate Wilson that it be reduced by $1000 per year down to $5000 was not passed.

She questioned why the council subsidised an activity many took part in without contributing to it, and which provided people with free food, Cr Wilson said.

An application from the Dunedin Open Gardens Association for $8000 to reproduce a promotional pamphlet was rejected, after councillors decided the pamphlet was behind the times and questioned its value to the city.

"Maybe we need to take the dollars off them, and give them time to reflect on how to revamp their product."

The Roman Catholic Diocese, which had asked for $156,000 to develop a green space in its South Dunedin parish, was out of luck, as was Dog Rescue Dunedin, which had asked for up to $144,000 for start-up grants, and the Otago Secondary Schools Association, Blueskin Resilient Communities Trust and the Dunedin Youth Orchestra, which had all asked for grants of $10,000 or less.

Councillors resolved that the annual $5000 civic grants for the Middlemarch and Port Chalmers museums should instead come from the Settlers Museum's existing operating budget.

Council general manager city strategy and development Sue Bidrose said that would have the effect of "ratcheting down the screws even further" on the Settlers Museum's budget and might reduce staff funding further, although it did make sense to have those grants linked to the Settlers Museum.

The end result of the afternoon's decision-making was a more or less neutral outcome, with the amount of grants awarded totalling about $450,000 for the 2012-13 year, just a few thousand more than what was planned in the draft budget.

Afterwards, Mayor Dave Cull said councillors had considered each application thoroughly, and had had to make some "pretty tough" decisions, but had been clear from the outset that they were under financial pressure, and no-one should be surprised that most requests had been turned down.